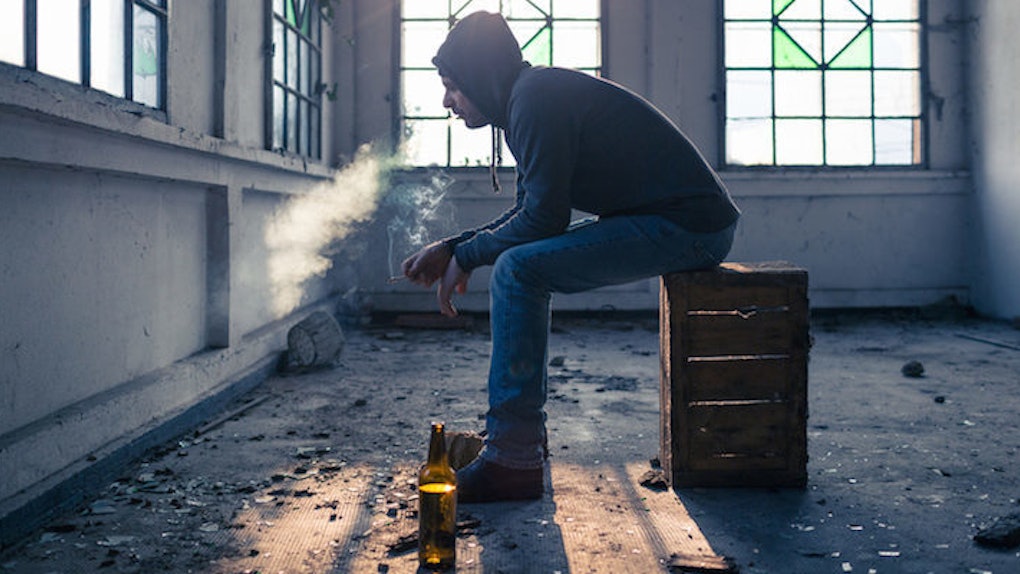 They Never Mean To Hurt You: 5 Things To Know Before Dating An Addict

Everyone knows Khloé Kardashian and Lamar Odom have been making headlines lately, and not for the best reasons.

Earlier this month, Odom overdosed on a number of drugs and was found unconscious in a brothel in Nevada.

Against the odds, Odom came out of his coma and has been on a fragile, yet steady road to recovery.

In the midst of his overdose, it was revealed Odom's divorce from Kardashian had not yet been finalized, leaving her to make his medical decisions.

Then, another bomb dropped. After Odom awoke, the two decided not to proceed with their divorce and to give their marriage another shot.

This brought an onslaught of jokes about how Odom was the only man to ever have drugs and hookers save his marriage.

I prefer to think this will all have a happy ending, but I'm aware of the realities of loving someone with an addiction.

I also know what it's like being someone with an addiction.

It isn't easy being on either side.

Here are the things you should know about addicts before you start dating one:

1. They don't intend to hurt the people they love.

In fact, it's the worst feeling in the world to know you've let down someone who loves you.

Often, addicts simply don't think through the choices they're making.

They make them in the heat of the moment, and they're only focused on the high.

2. They shouldn't get away with their behavior.

Just because addicts don't have bad intentions, it doesn't mean their actions don't have consequences.

If you continue to allow someone to treat you poorly, you're enabling his or her drug use.

The behavior needs to be shut down.

Sometimes, this means walking away, like Kardashian initially did.

It's not always the easy choice, but it's often the only one.

An addict won't get better until he or she decides to on his or her own terms.

3. They do not listen to voice of reason.

Sure, addicts can pretend to listen and say they want to change. Deep down, they probably know they need to.

The problem is, the addiction and the need for the high is so much stronger than the desire to get better.

When I was drinking, I knew I should stop. I never said it out loud or admitted it to anyone, but I knew.

However, when it came down to it, the urge to drink was so much more powerful than the voice of reason telling me not to.

4. Their struggle is about them, not you.

This was one of the hardest lessons I took away from dating someone with an addiction.

I felt like every bad choice he made was somehow a reflection of me as a significant other.

In my mind, if he drank, it meant I had done something wrong.

I took it as a personal failure when it really wasn't about me. It was about him and his own demons.

I didn't find peace until I walked away.

5. They need love and support.

When an addict is ready to get clean, it's one of the scariest, most vulnerable times of his or her life.

They don't know if they will ever be happy again, or how long it will take for them to stop craving a high.

Even when you're upset with your loved one, you should still be there if you're able to (without putting his or her well-being ahead of your own).

Love and support can go a long way in getting clean.