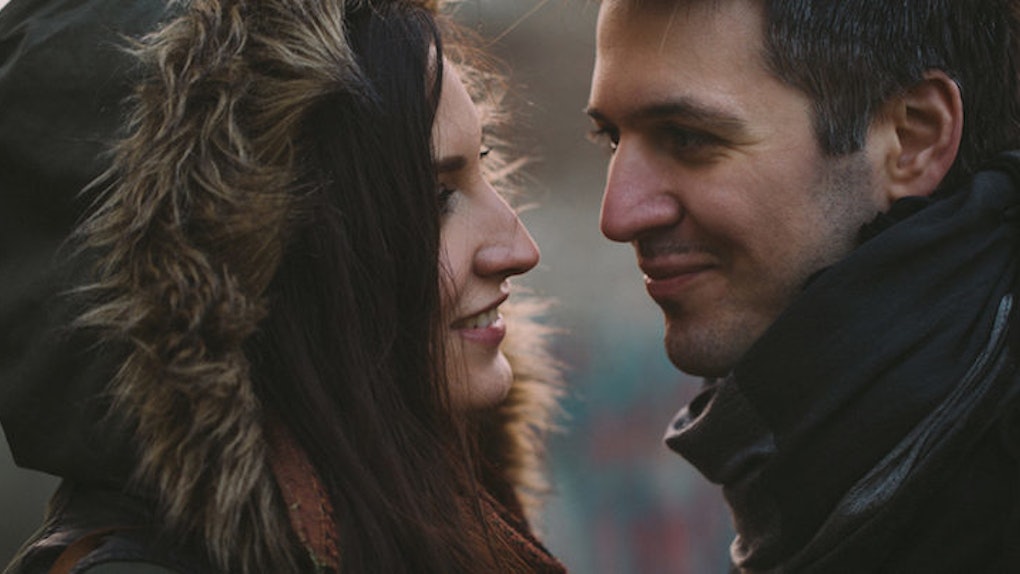 There’s something magical about relationships. I’m not talking about the chemical effects of sex that so many confuse for love. I’m talking about the way humans change when they’ve found someone they love more than themselves for the first time.

It’s that small feeling you get that’s only realized when his pangs of pain start to become your own. That’s the magic of relationships -- the ability to transfer yourself into another person.

It’s the mystical quality that comes with selflessness, the undeniable need to protect and shelter another at the expense of yourself.

And like a magic word, there’s a phrase that starts to repeat over and over again, until the couple recites it the way a magician does. It starts with “I should."

“I should do something nice for him.” Or “I can see this behavior hurts her. I should work on it.”

The problems in most relationships occur when that magic is not present. Without the effect of real love, small things will start to break and tear the couple apart, until they are nothing but two defeated, self-absorbed individuals trying to escape loneliness.

And what’s the symptom of a broken relationship? A whole bunch of shouldn’ts.

While they seem like small things, when enough of them pile up and start pulling at the seams of the fragile exterior of the relationship, the entire thing will eventually unravel.

Because relationships aren't built on all the shouldn'ts; they're built on the magic of should.

1. It shouldn’t exhaust you; it should renew you

A good relationship should be like a good run; while hard at times, there should be a second wind that motivates you to move forward, not a battle that knocks the wind out of you and forces you to tap out.

2. It shouldn’t make you insecure; it should take away every insecurity you’ve ever had

You know you’re with the right person when every flaw of yours becomes his favorite thing about you. You know it’s wrong when you’re hiding your real self to promote a fantasy.

3. It shouldn’t become your entire life; it should give you a new outlook on it

The person you love should add value to your life, not become the sum of it. When it’s right, the relationship should inspire you to go out and try things, not stay in with only a taste for them.

Jealousy is the sign of an insecure relationship. Like quicksand, it will pull you under and kill the relationship before you have time to realize what you've stepped in.

When you’re no longer feeling insecure, then you’ve moved into something safe.

5. It shouldn't replace your existing friendships; it should fit in seamlessly

Your romantic relationship shouldn’t replace all your other ones, but add to the shifting dynamics of them. The right person will enhance the group, not keep you from them.

6. It shouldn't be all sunshine and rainbows; it should challenge you

If everything is perfect all the time, you’re both lying to yourselves.

When it’s messy and complicated, but you still want to work on it, then you’re not just being honest; you’re in something honest.

7. It shouldn't be your crutch; it should support you without breaking any bones

His love should enhance the love you have for yourself, not be the sole source of it.

8. It shouldn’t be your only source of happiness; it should be a consistent one

A good relationship is about balance. Both of you should have things outside of one another that makes you happy. Your relationship, however, is always one of them.

9. It shouldn’t be about secrets; it should be about having nothing to hide

An honest relationship is an open one.

10. It shouldn’t take away your identity; it should give you more reason to find your own

Your partner shouldn't become your identifier.

When you're in a solid relationship, the two of you should become more unique individuals, not a hybrid of each other. The relationship should never define you; you both should define the relationship.

11. It shouldn’t be about you or him; it should be about something greater

You both have your moments. Some days you need it to be about you, and some days it'll be more about him.

Both of you never lose site of the fact that your love is greater than both of you, and you're both greater people because of it.