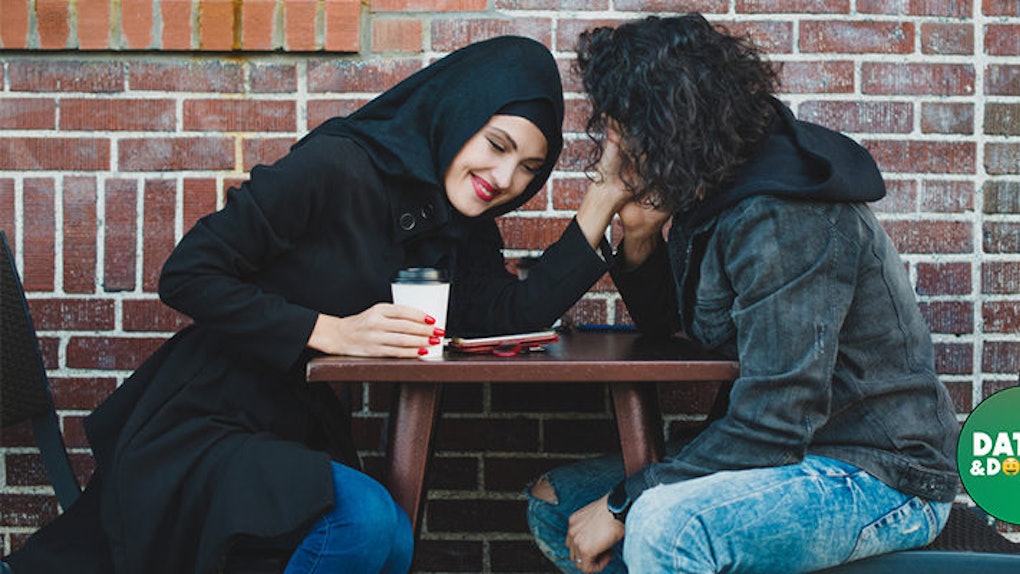 After that, I'll be more open to splitting the bill. But those first couple of dates are the time for me to be courted a little.

Sure, I'll offer to split the check. But I don't actually mean it.

Before you go calling me stingy and anti-feminist, let me take a second to highlight the fact I'M NOT ALONE.

Elite Daily recently surveyed 223 men and women, ages 18 to 34, to find out how money affects their relationships.

We found 30 percent of women are JUST LIKE ME, in that they "do the fake wallet reach, but don't actually want to split."

Moreover, 73 percent of men assume they should pay, basically ensuring us ladies won't actually end up having to go dutch.

73 percent of men assume they should pay for a first date.

So, for the most part, we're all pretty much on the same page about who's going to pay on the first date... but what happens after that?

Personally, I think the third date is when going dutch becomes a viable option. Before that, I want something that differentiates a date from a dinner out with my platonic friends.

But that's just me. I wanted to know what other people were thinking, so I asked the good people of Reddit at what point they thought a couple should start splitting the check.

For the most part, people agreed splitting the check was OK for the first date, but alternating on who picks up the tab was a better MO than splitting for the future.

Basically, lots of people are fans of taking turns.

For this guy, there is a method to how he and his lady alternate bills:

But there are still some couples who see splitting as a viable option, even further into the relationship:

And, of course, there are the modern-day Casanovas with money to spare:

Of course, every couple is different. You and your SO should do whatever makes the most sense financially.

But if you really are stressing over who's supposed to start paying after the first date, alternating bills seems to be a pretty safe bet.

Citations: Dating & Dollars: How Money Affects Our Love Lives, According To Our Survey (http://elitedaily.com/dating/couples-spending-money-survey/1702954/)