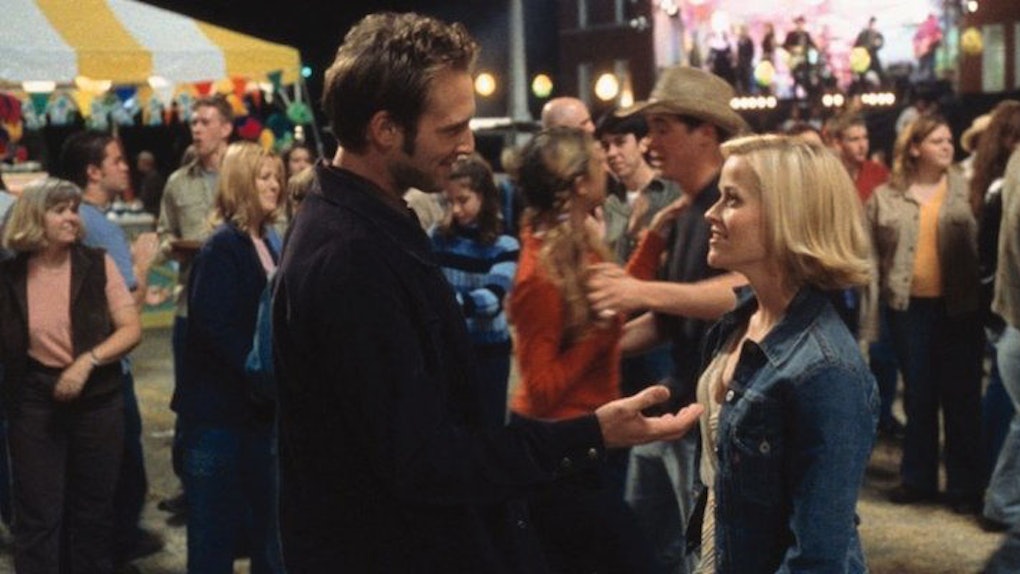 Living in New York has its perks, like finding the perfect bagel shop right across the street from your apartment or having the chance to see last-minute, mind-blowing performances. But as far as dating goes, New York is filled with many arrogant, insecure guys. If you're lucky, however, you might come across a rare, mythical creature known as the urban cowboy. Here are eight reasons why you should date a Southern transplant:

1. Chivalry is not dead.

While the term "chivalry" isn't used that often in 2016, this kind of behavior is most certainly not dead. In a man's eyes, he's not acting chivalrous; he's just being the respectful man his mother raised him to be. A chivalrous man will hold your cab door open as you crawl in after an amazing night on the town, your chair will always be pulled out before you sit down to have dinner and you will never feel cold because you'll have his jacket (and his arms) wrapped around you.

2. He knows you can hold your own.

Unless he feels you're in danger or highly uncomfortable, he's not going to step in when the arrogant suit at the bar asks to buy you a drink. In fact, he'll probably laugh, loosely hang his arm around you and say, “While you're at it, I'll have a Bud Light.” Then, he'll flash you what could possibly be the cutest smile you've ever seen in your life.

3. But, that doesn't mean he won't fight for you, especially if you ask him to.

If you're upset — especially with someone in particular — he won't say no to having a little chat with someone for you. You don't even want to know what he'd do if someone so much as tried to lay a finger on you.

While he has the ability to knock someone's lights out, he's one of the sweetest, easygoing guys you'll ever meet. He won't start a fight just to start one, and that's not just with creeps at the bar. It's with you, too. He isn't going to argue for the sake of arguing, and he'd much rather spend his time cuddled up on the sofa watching "P.S. I Love You." Let's be honest: He loves that movie just as much as you do.

5. You don't have to get dolled up unless you want to.

The more you get out there and date, the more often you'll find men who will expect you to dress up. But, that's not true with this man. He's easy to please. As far as looks go, he thinks it's perfectly fine when you go all natural. Actually, he might even have a little saying about makeup that makes you laugh every time. He couldn't care less about the smudges or your messy bun; he'll always think you're beautiful.

6. He owns at least two pairs of cowboy boots.

I don't know about you, but for me, cowboy boots are one of the sexiest things a man can wear (and no, I'm not talking about the tacky red boots that belong to Mr. Ted Mosby). In addition to his collection of boots, he also owns a few belt buckles, a drawer of Tim McGraw-esque jeans and several baseball caps.

7. He will never stop surprising you.

Just because he's masculine, drinks Bud Light and appreciates a good steak doesn't mean he isn't keen on the whole romance thing. In all honesty, he'll probably be the most romantic man you've ever met. He'll take you to surprise dinners, Broadway shows and spontaneous road trips.

8. He will always support you.

Believe me when I say this: An urban cowboy knows what it's like to work hard. I mean, that's why he's an urban cowboy in the first place. He grew up in a small town where he had to work hard to survive. He came to the city to prove to his family, his friends and, most importantly, himself that he could do it. He's not just a Southern boy lost in the city; he's a Southern man who has found his way.

So, when you're sitting there rambling on and on about how annoying it is to live and work in this concrete jungle while other people you know are living it up on their parents' dime, he is going to listen. When you're done with your rant, he's going to take your hand, look into your eyes and say, “I believe in you” because he wholeheartedly does.