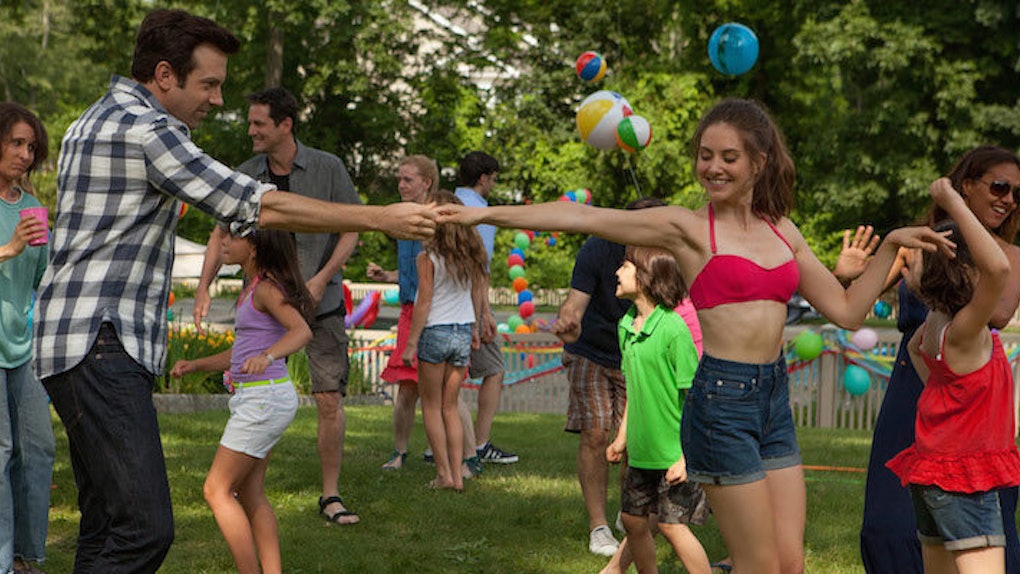 3 Relationship Lessons We Can Learn From 'Sleeping With Other People'

In the world of dating, Millennials are often left with more questions than answers.

Does binge-watching three hours of "Parks and Recreation" count as a date?

We’ve been sleeping together for a month. Should I introduce her to my friends?

Does a set hook-up time make him my boyfriend?

Through the murkiness of our ambiguous quest for companionship, one movie has made sense of our harsh reality.

The recently released “Sleeping With Other People” stars Jason Sudeikis and Alison Brie as Jake and Lainey, two self-proclaimed sex addicts who lost their virginities to one another over 10 years ago.

Despite the not-so-traditional premise, this film hits closer to home than we’d like to admit.

Here are three reasons why the relationships portrayed in “Sleeping With Other People” give us the advice we all desperately need to hear:

1. Don’t suppress your value for the sake of someone else.

Early in the movie, we meet Hannah, who storms out of her building after catching Jake sleeping with her best friend.

We quickly find out Jake and Hannah have been sleeping together for three months, but it’s been “casual” by her request.

As so many women do, Hannah tells Jake what she thinks he wants to hear: “We can keep this casual. I’m not looking for serious, either.”

Hannah’s insistence they see other people, and later her fury over Jake doing just that, doesn’t make Jake an assh*le. It makes Hannah a liar.

Rather than accept Jake wasn’t relationship material, Hannah hung on for months, hoping he would change his mind and realize she deserved commitment.

The Lesson: Suppressing your own wants and desires won’t lead someone else to choose to be with you.

It will lead him or her to see you as a person whose wants and desires aren’t valuable.

Sex and love are not interchangeable. While sex can be an expression of love, love will never be created through sex.

Hannah knew Jake wasn’t willing to settle down, and she should've believed him and moved on.

2. Sex is great and important, but it’s not everything.

Later on in the movie, Jake goes on a first date with his boss, Paula. They bond over their “old virgin” status.

Jake tells Paula he waited well into his 20s to have sex so it would be special. Then, he became discouraged by his friends’ terrible experiences and eventually just wanted to “get it over with.”

On the other side of the table, Paula explains she waited until her wedding night to lose her virginity because it was what she was “supposed” to do, but she still wound up divorced.

She was shocked when fidelity didn’t solve every problem in her marriage.

The Problem: While Jake tries to “make up for lost time” and ensure sex is never special again, Paula tries to understand how to be in a relationship without sex at the center.

In the end, they both end up using each other to try to get what they want.

Jake uses Paula to prove sex can be special, and Paula uses Jake to prove she can have a healthy relationship. They both end up getting hurt.

The Lesson: Sex is integral to a happy relationship, but it cannot be the center of the relationship.

We cannot put so much emphasis on sexual chemistry that we begin to believe it’s the only key to a long, happy marriage.

We also need to avoid becoming so disillusioned by stories from our friends, what we see on TV or even our past experiences that sex loses all value.

Sex is great, but make sure you’re in it for the right reasons.

3. No one else can love you until you love yourself.

Finally, we have Lainey.

Despite this list of excellent qualities, Lainey spends over 10 years chasing after Matthew, a guy from college who treats her as a back-up plan, while carrying on a serious relationship with another woman.

Lainey keeps telling herself if she sticks around long enough and lets the relationship operate on his terms, he’ll eventually “choose” her.

Despite all of the time and effort spent, he never chooses her. Instead, he marries someone else.

The Lesson: You are enough, but you have to act like it.

Who you are is enough. Anyone who makes you feel unworthy is an assh*le, and you can do better.

There is someone who will drop everything to be with you. You will find him or her when you stop treating yourself like second best.

In the end, “Sleeping With Other People” proves to be more realistic than other rom-coms.

The film shows the consequences of ignoring yourself for the sake of someone else, of making sex the center of your world and of fighting for someone who isn’t willing to do the same for you.

It’s painful and it’s harsh, but it’s the truth we all need to hear.