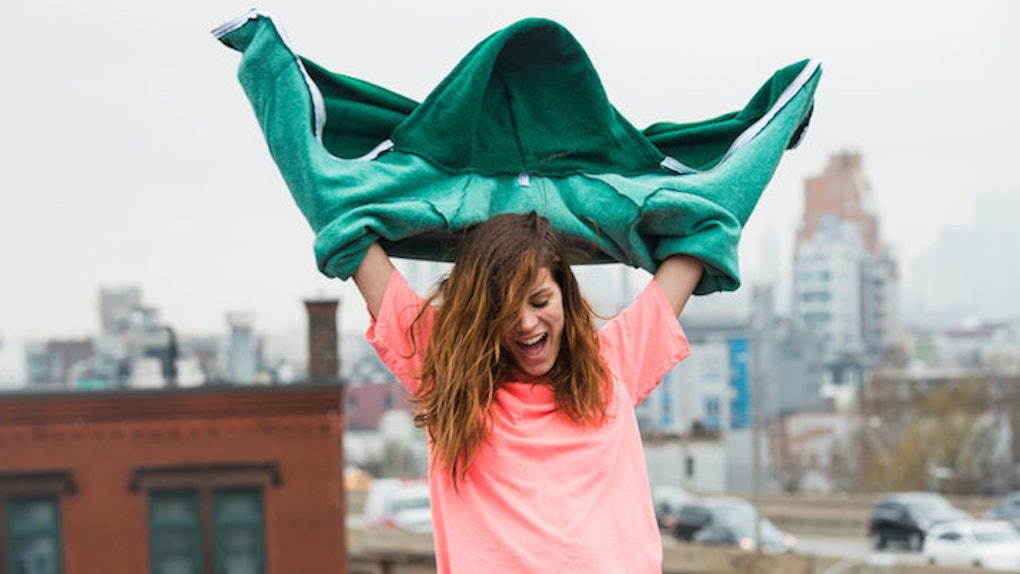 The Point Of Being Single Is Not To Look For Love

A lot of people get confused about the word "single." They don't know what it means, what it looks like and how they're supposed to act during this “unfortunate state” they’ve found themselves in.

To them, single is a status symbol meant to be escaped. It’s a status you’re not supposed to be comfortable in. It’s a status that’s just a step towards something better.

Perpetual daters forget that being single is a choice, not a waiting period. They don’t realize that just because there’s not another person to devote your time to that your time isn't still devoted to someone.

I know it's starting to sound corny, but just hang with me here because I really want to talk about what it’s like to be single, and I mean to really be single.

For those of you who bounce from relationship to relationship with a few months alone in between partners, you have no idea what life is like once you’ve given up on the idea of a boyfriend or girlfriend as being the sole source of your happiness.

Contrary to popular belief, being single isn't about looking for love, or at least the kind you're used to looking for. Being single is as full of love as a relationship, even if it seems narcissistic to admit it. Because this relationship is about loving yourself just as much as you'd love someone else.

It’s about maturing as an individual, not a relationship and growing strong alone, rather than off someone. It's a completely new kind of a relationship that you will explore and discover the same way you would a new partner.

Being single isn’t about being alone, it’s about being by yourself. There’s a difference between the two, and the sooner you see that difference, the more excited you'll be about the single life in front of you.

If you’re going to be single, do it right. If you’re going to stand alone when everyone is telling you to couple down, stand tall. Be f*ckng single. Rock the single life. Become the person you were meant to be. Show, by example, that you're single by choice, not by accident.

It’s about finding passion in your life, not between the sheets.

The best part about being single is looking for that one thing (or multiple things) that will absorb into you and wrap itself around you. It’s going to be something you miss and yearn for the way you did an ex-lover.

Only your passions will always love you back. It will never stray or leave you without warning. It will never become part of your life then disappear.

Your passions are the only things that should come into bed with you before a man or woman.

It’s about giving love away without needing it back.

Being single isn’t about looking for someone to love you, but rather, looking for anything and everything to love. It’s about loving everything you come in contact with. It’s about forging relationships that don’t need reciprocation and throwing you heart away without fear you won't get it back.

It’s about loving multiple people at one time while having a simultaneous love affair with your favorite books, movies and new passions.

It’s about making yourself a better person, not someone else.

Because you can’t possibly try to make someone else better if you don’t know what’s wrong with yourself.

It’s about devoting your life to one person, not two.

Being selfish is only a problem when you're with someone. Being alone and worrying about yourself when you're single isn't selfish, it's necessary. Your life is completely and totally yours, with no one to take up your time or tell you you're wasting too much without them.

Being alone and being in love with yourself is one of the most enviable relationships we can attain.

It's about adhering to your own schedule, not someone else's.

It's about eating dinner when you want, waking up when you're ready and creating a life suited only around your own needs. There's time to see old friends and hang out with people you wouldn't otherwise see when wrapped up in a life for two.

It's not about going out and trying to find someone to pencil in. It's about keeping your calendar as free and spontaneous as every couple could only envy.