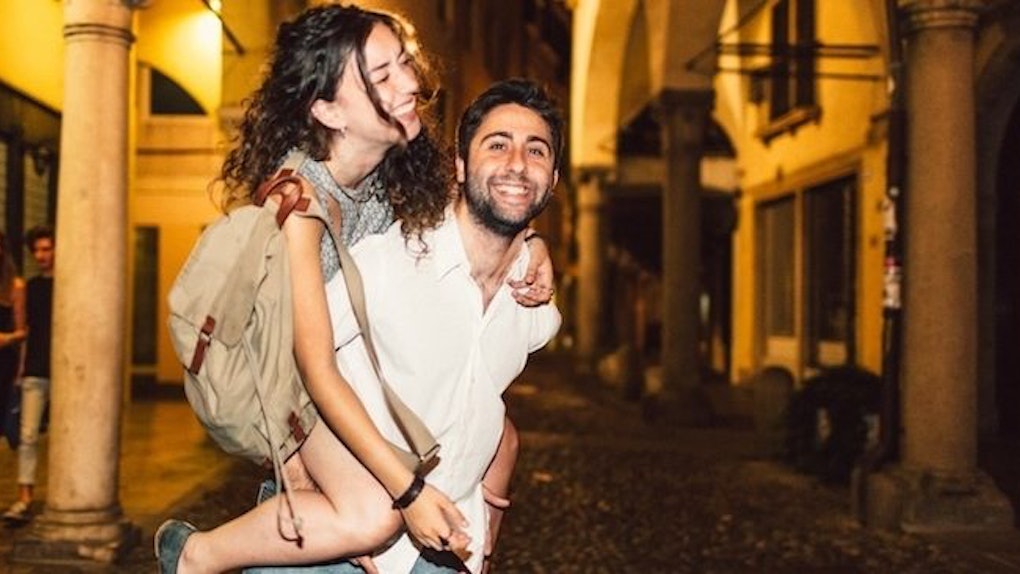 In the early weeks and months of a relationship, chances are, you want to go skipping forward into the future, hand in hand, as fast as you can. New York-based relationship and etiquette expert and author April Masini says this urge is a mistake, and if you don't fight to contain it, your passion could lead to some of the following signs your relationship is moving too fast and you need to slow down.

There's no harm in pumping the breaks. As someone who struggles to live by the motto "what will be will be," even I know that taking your time to settle in to a relationship doesn't sacrifice anything in the end. Rushing forward haphazardly, without looking ahead, can send both of you diving off a cliff before you take time to notice your surroundings.

Following your feelings but keeping a cool head is key to a lasting romance. If you don't believe me, just Ask April:

1. You Made It Exclusive Too Soon

Wow! I don't know about you, but according to April, every single one of my relationships has needed to slow down. She says she often hears from people who committed to one another after dating for only a few months, and then, learning things about one another soon after that shows they are incompatible.

If this seems like slowing your feelings down to an exasperating snail's pace, you're not alone. "This seems like a slow time frame for many people," says April. "But it's perfect for getting to know each other over time."

2. You Started Living Together Before The One-Year Mark

Moving in together is a huge deal. Yes, even if you both happen to be looking for places at the same time and if you stay over at one another's apartments all the time.

April says that providing a year's time before moving in together is a gift, and if you don't, it means the relationship is moving too fast. "It's an excellent investment in the relationship and shows respect," she says.

Plus, April makes the excellent point that making an impulsive decision about one area of your life sets you up to treat every major milestone this way. She explains, "You'll find impulsive decisions down the road in other arenas like purchases, behavior choices with family, friends, flirtations, and jobs."

Disciplining yourself before moving in makes you more certain and gives you steadier footing. It doesn't mean that you'll be together forever, but it is a better way to set yourself up for that possibility. "There's no insurance policy [to relationships]," says April. "But to move in together too soon hedges bets against you."

April cautions against other major displays of feeling or commitment too soon, like saying "I love you" and introducing new partners to parents. "Hold out until you're both sure," she advises. She says that to do otherwise cheapens your feelings for the person.

Meeting parents within the first month or two is rushing things as well. April says this is another landmark in a relationship, and it should be treated as such. "Typically, it means this person thinks enough of you to introduce you to the family because they want to sow you off and get approval," April says.

According to her, rushing this landmark means you need to pump the breaks. It might sound impossible, but spreading out the time you spend together to do other things — see friends or take that class you wanted to enroll in before you met — makes sure your relationship has a natural, organic flow.

A relationship isn't like a flash sale. If you feel like you need to run out and grab something before it's snatched away from you — don't. Whatever is meant to stay in your life will stay.