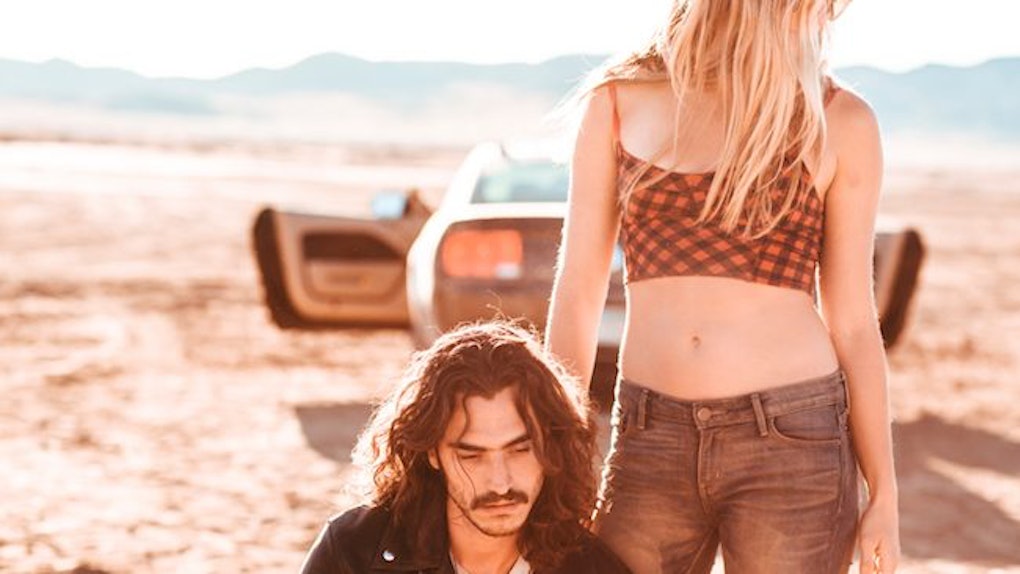 4 Signs Your Partner Is Going To Break Up With You, According To An Expert

You know how people say "dating is the worst"? Well, they're wrong. Breakups are the worst. I would take a bout of food poisoning over a breakup 365 days a year, sans question.

For me, breaking up means scream-crying, having thirteen margaritas in one weekend, and indulging in multiple pints of Talenti. (So, pretty much food poisoning.) I have been sidelined in bed by breakups, I have become a crappy friend during breakups, and — cue the drama — I have even lost myself a little bit due to breakups.

Whether you are the rejected or the rejectee, breaking up is messy and painful and I really hate it.

The thing about breakups is, they are usually semi-foreseeable. They don't just come out of nowhere. They are usually just shrouded in a veil of denial.

So what are the signs that your relationship is heading into the awfulness that is a breakup? Elite Daily spoke to Dr. Nikki Goldstein, relationship expert and author of Single But Dating: A Field Guide to Dating in the Digital Age, to find out what to look out for.

The most common and yet most ambiguous of all the signs. In movies, someone pulling away means a montage of long jogs in the park and angsty stares at a list of missed calls, but what does "seeming distant" actually look like in real life?

Everyone needs alone time. Sometimes, my Sunday priority is Netflix with the covers pulled up over my head even if I am in a delightful, healthy relationship. But if your partner is usually very present and communicative, and then suddenly seems less inclined to go on dates or ask you how your day is, it's worth it to take note.

"If someone is pulling away, it might be a tell tale sign that they are feeling smothered or not happy in the relationship," explains Dr. Goldstein.

While it can be tempting to dig in and try to figure out what's going on right away, hold the phone. "Don't follow them. If they are pulling away, give them the space and see if they come back. They might just need a bit of time," says Dr. Goldstein.

2. You're Fighting More Than Normal

Sometimes, I get into moods so rotten that I could pick a fight over whether coffee or espresso has more caffeine in it. (Been there, done that.)

While it's natural for couples to argue, if you are suddenly full on Congress-level debating your partner about who bought the dishwashing detergent last, take a time out. There's probably something bigger going on within the relationship that you haven't discussed.

"Often if someone is being overly argumentative about smaller things, they are holding onto deeper issues that they are struggling with," says Dr. Goldstein.

Now you can dig in. What's actually going on? Set aside an hour for a deep feelings talk or consider seeing a couples' counselor. It seems dramatic, but I fully believe stuffing feelings down is more detrimental in the long run.

3. You're Feeling Down On Yourself

I have felt a vague, nagging sadness that was hard to name for weeks, only to later realize that it was my partner who was making me unhappy. I wish had paid attention to the signs earlier, rather than diagnosing myself with "seasonal affective disorder" and letting things continue.

Other times, the signs will be even more concrete than that. Pay attention to your bod. "Are you not looking after yourself? Are you losing weight or putting on weight? Is your skin bad? Are you sick? Have you pulled away from family and friends?" asks Dr. Goldstein. "Sometimes we don't even realize we are unhappy, but our body does. Listen to what your body has to tell you."

You might not be a doctor, and neither am I, but unhappiness can definitely manifest in weird ways in your body, both mentally and physically. If a partner is making you feel less than, pay attention.

4. Your Gut Tells You Something Is Wrong

If you aren't feeling the relationship anymore, end it. If you feel like your partner is pulling away, call them on it. You're not "being crazy," you're valuing your time and you are not willing to waste it. That's self-respect.

"Often, woman are told they are being silly or stupid, but don't let anyone diminish what you feel," explains Dr. Goldstein. "Sometimes you need to look for other causes for the way you feel, but if they are none, listen to your instinct."

The most important thing is that if you notice yourself becoming unhappy in your relationship, take a moment to think about why that is and what you can do to fix it. There's no point in staying in a relationship just so that you "have someone" in your life.

Maybe if you acknowledge that your relationship is heading toward a breakup, breaking up will hurt a little less than if you had denied the signs completely. It will hurt, of course, but maybe it will hurt one fewer pint of Talenti in bed. You've got this.