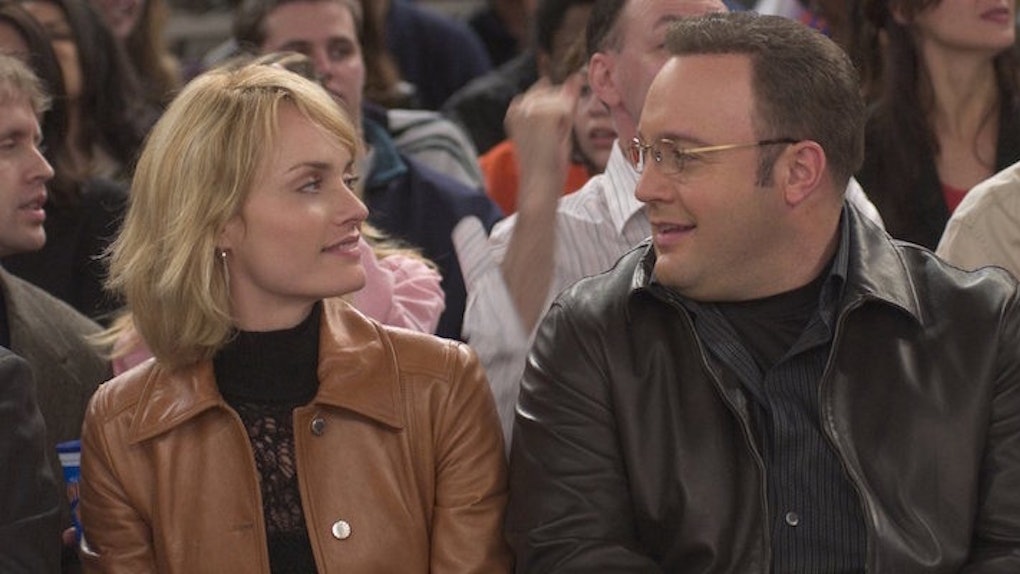 5 Signs A First Date Is Going Better Than You Think

My father likes to call me “Mr. First Date.” There's two reasons for this.

First (and most obvious) is that I happen to have been on a decent number of first dates that haven't resulted in second dates. Second, sadly, is that my father isn't a funny man.

OK, that last reason isn't true. The real second reason is that I only tell him the funny first date stories.

A story about polite and engaging conversation, a few drinks, a possible slice of pizza and a quick make-out session isn't a very good story. “So then when I got home, I texted her to say… wait for it!... that it was a pleasure to meet her! And guess what?! She said the pleasure was all hers! We're planning on seeing each other again next week."

That's an awful story to tell.

More exciting stories are the ones where you've fallen asleep because your date is that boring, or the ones where you go out for six hours, hold hands the whole time and find out the next morning she just wasn't feeling it. Those are the good stories. And the bad dates.

While it may be more fun to share the bad date stories with friends and dads alike, the actual dates we really want are the good ones.

Of course, what constitutes a good and a bad first date can be different for men and women. As I'm a man that has gone on first dates, I can only speak to one side of this discussion.

And if you're wondering, "He's still single and his dad calls him 'Mr. First Date.' What sort of authority is he?" My answer is simple: Just because I can't dunk a basketball doesn't mean I can't show you how.

So, without further ado, here's five of the more subtle signs guys should keep an eye out for when they're on one of those good first dates:

1. You've arrived before her.

From my experience, this isn't particularly difficult, seeing as unscientific calculations have the percentage of women who have been late to my first dates at nearly 72 percent.

Regardless, this isn't about gaining some sort of psychological advantage by being there earlier — it's about showing that this is important to you.

You're there first so you can do gentlemanly shit like let her go in before you, hold open doors and allow her to decide if you're sitting inside or out (Hint: It's always outside. Always).

You're there first because it's a good start.

Just like any sport wherein you need to throw or shoot something, you won't get very far if you're not facing the direction of your target.

If you notice that she's turning her whole body to face you instead of facing the bartender and just turning her head to converse, that's a great sign.

Any polite person will generally cock their head or swivel their neck to keep a decent conversation going. When those knees start facing toward you, there's interest in those ligaments.

3. You don't know anything about her parents.

It's now an hour into this date, and you haven't learned anything about her family. That's fucking fantastic.

Why? Not because you don't want to or you don't care, but because you're talking about other things. You know, like normal humans do when they're truly connecting with one another and not on a date that is essentially a job interview.

As an addendum to this one, the longer you can go without asking any direct questions, the better. Real, honest conversation isn't an interview.

It's a two-way exchange, wherein both parties fuel chatter and neither feels the need (a typical first date crutch) to rely on the oh-so-boring questions.

Do you ever ask any of your actual friends dumb questions like, “So, see any good movies lately?” Come on.

As men, we've been conditioned to understand one immutable truth about women: the key to their heart is through laughter (impossibly, I'm still funny and they're elsewhere, but I'm not bitter).

So, you're trying to make jokes throughout this first date. Some land, some don't. But that's OK. She's appreciating the humor and effort, and you're better able to tell the pity laughs from the real.

But most importantly, after that one sarcastic crack you make, she reaches out and touches your elbow while laughing. There's no explicit sexual insinuation in this contact, but it's without question a fantastic sign.

Again, to make it clear: A woman touching your arm doesn't mean she wants to sleep with you.

But I'll ask you this: How often do you touch your pals' arms when they make you laugh? Exactly. A touch on your arm when she laughs means she's interested.

She's appreciating the humor and effort, and you're better able to tell the pity laughs from the real.

This idea was somewhat popularized in the movie "Hitch," when Will Smith tells Kevin James that if a woman dangles her keys before she goes into her building/apartment, that means she wants him to make a move.

I'm going to step this out a little broader and take any sexual element out of it.

It's the end of this good, solid date. You got there first, found yourself facing one another (knees to knees) from the jump, conversation never turned into a relentlessly boring interview, she touched your arm when you made her laugh… and now you're outside of the bar and it's over.

She is going to take an Uber, and you're going to walk. Or vice versa. It doesn't matter. Point is, you both are ready to go home.

But she pauses. She waits for a second to let you take charge. You don't necessarily have the green light to go in for a make-out session, but you've definitely got the go-ahead to ask when you can see her again and kiss her good night.

The signs, when viewed from afar, are obvious. But, like most good dating stories, they're not always exciting. Good luck.