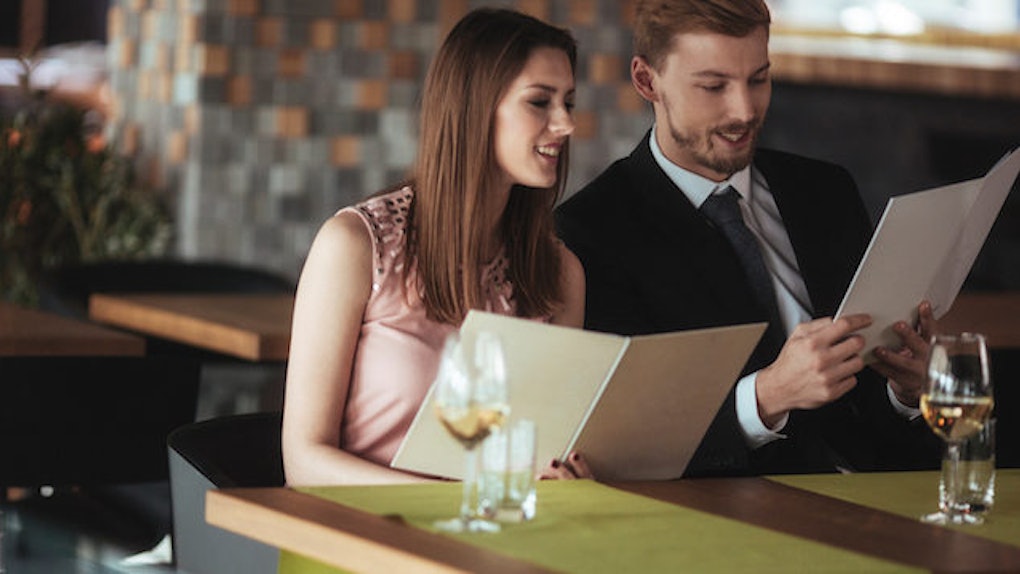 Sometimes, I can't help but be really awkward on a first date.

I definitely go in with a clear head, but it's impossible not to feel at least a tiny bit of pressure to look a certain way and to say the right things. Even the most outgoing person sometimes struggles to spark a conversation with someone they've never met.

Over the course of my entire dating career (which would only be about three years if you consider when I came out), however, I've come to pick up on a signals guys send that help me gauge how well a date is actually going.

So, how exactly do you pinpoint if your date is actually interested or if he's itching to escape and continue swiping? Lucky for you, I've got all the answers.

Below, you'll find a few things guys do on a date that hint that they're into you.

1. He actually showed up on time.

Punctuality is important. And if he values your time, he's just as excited as you are.

2. His mannerisms quickly go from tense and awkward to cool and comfortable.

If he's becoming more relaxed, it's because he feels OK to let his guard down. Things must be flowing in the right direction.

3. Your conversations are deeper than boring, small talk.

Has the topic of the weather not come up yet? You're golden. He's not just pretending; he actually wants to get to know you.

Not only do you look spectacular, but you've given him absolutely no reason to gaze off anywhere else.

5. He keeps his phone in his pocket all night.

Despite a lively group chat, a very active Instagram and ESPN alerts, if he doesn't succumb to his phone, then you've become the top priority of the night.

6. He keeps leaning in and inching closer.

Either he's hoping to nab a quick DNA sample, or there's something about you he's finding incredibly attractive. I vote the latter.

If he claims to have post-date plans, that's usually just a safety net. But if you bring up those plans, and he exclaims they're suddenly cancelled, you're in.

8. He's been cheesing like a small child all night.

No, it's not a botox injection. If you're already making him smile so hard it hurts, something about you has him smitten!

9. He giggles uncontrollably at your terrible jokes.

Though you're not trying to be funny, he seems to find you hilarious. Embrace it. Amy Schumer would be really proud.

10. He lays one on you before the night's even over.

Well... this is an obvious one. Did he whip out ChapStick multiple times during dinner? He's been waiting to plant one on you before you even sat down.

At the end of the day, I've found the best dates to be the ones where I've walked in with no expectations. So just go with the flow, relax and you'll usually land that second date.