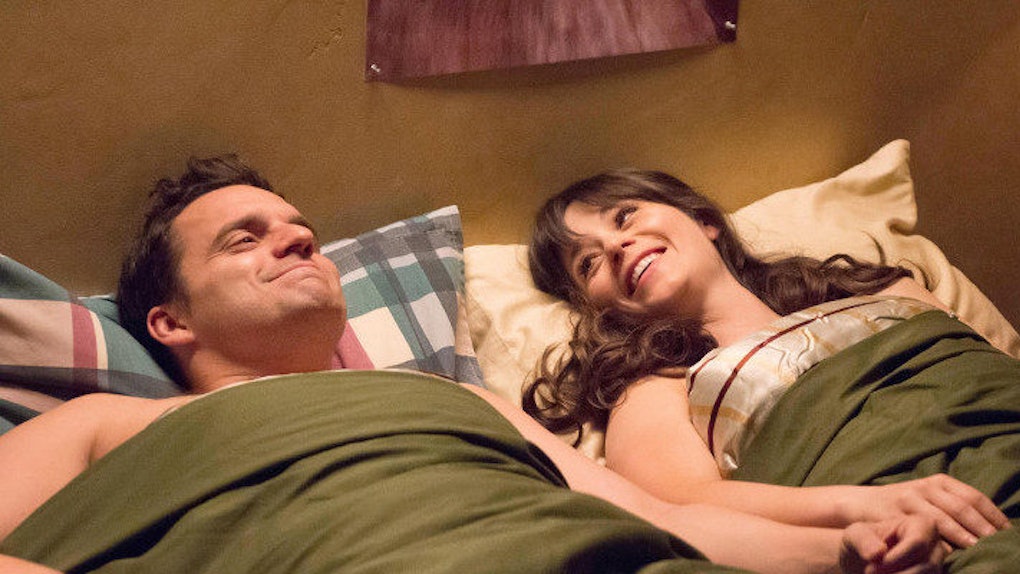 You Can Have Better Sex By Believing In Your Relationship

Confidence certainly is key in just about everything we do.

But now, new research supports the theory that if you actually believe in the relationship you're in, the sex you have and your sex life as a whole will be that much more rewarding. Go figure!

I've definitely been deterred by a mediocre Tinder pool or the occasional ghosting, but this study, published in the Journal of Personality and Social Psychology, has me shifting my outlook on life and love into a much more optimistic one.

After conducting six different studies with close to 2,000 people, researchers found people who truly believe in sexual growth (aka the idea that putting effort into your sex life is what makes it better) are the happiest and the most sexually satisfied in their relationships.

And according to these findings, if you prefer sexual destiny, or letting the world just do the work for you, arguments about sex can lead to some unwarranted problems in the relationship.

People who truly believe in sexual growth are the happiest and the most sexually satisfied.

I'm all for the idea of a soulmate, but when it comes to dating in 2016, you can't be that schlub who thinks your ideal match will just end up on your doorstep with a copy of "The Notebook" and some extra clothes to put in their side of the underwear drawer.

Put in some work!

And if you think you're someone who puts yourself out there (like me) but still wouldn't mind shacking up with your "sexual soulmate" at some point in your life, don't fret. Researchers discovered people typically have characteristics from multiple sides of this complicated world of dating.

"We know that disagreements in the sexual domain are somewhat inevitable over time," Jessica Maxwell, one of the study's authors, said in a statement. "Your sex life is like a garden, and it needs to be watered and nurtured to maintain it."

Hear that, ladies and gents? It's OK to have issues every once in a while. You're not crazy. You just need to work at them!

Take these findings as you may, but ultimately, remember a rut in your sex life isn't the end of the world. A little extra positivity can go a long way when looking for love, a relationship and just about everything in between.

Citations: What's Your Sexual Destiny? Your Sex Life Can Be Helped Or Harmed By Your Mindset (Medical Daily)