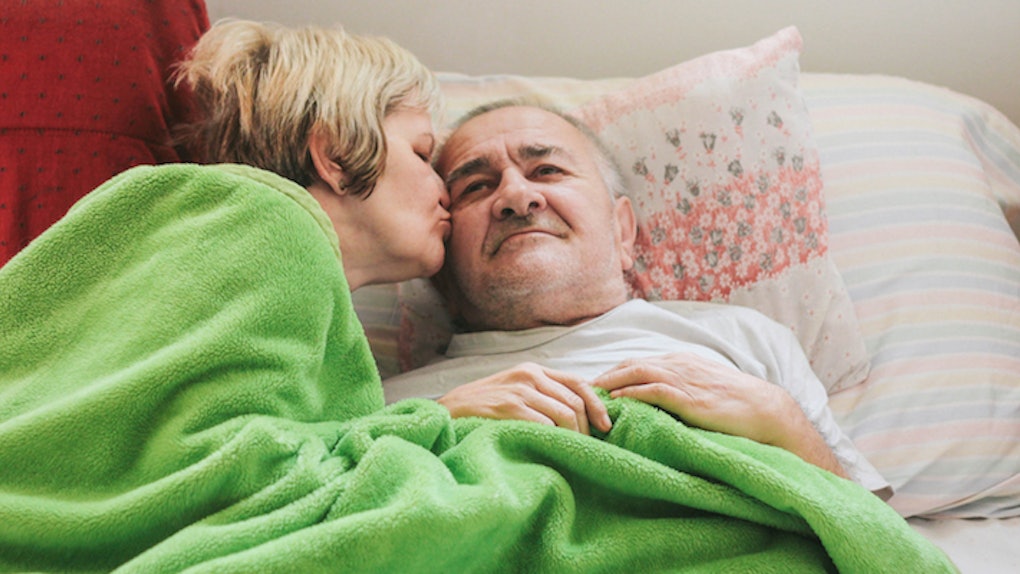 You'll Have Less Frequent But Better Sex As You Get Older, Science Says

I know we all want to stay 20-something forever (I do, anyway), but getting older may not be such a scary thing — especially when it comes to sex.

I think we all have this stereotypical image of getting older as two old people getting it on and failing hard, with a dude who looks like that guy from the Six Flags commercial with a woman who looks like someone out of "Golden Girls." We wonder what this means for our future sex lives.

But I have wonderful news for all of us! Recent research, revealed at the Annual Meeting of the North American Menopause Society, shows people have better sex later in life despite having a lower libido, the unfortunate inevitable result of getting older.

Yes, your libido does naturally lower as you age because you experience more fluctuations in hormones, like testosterone, that directly affect sex drive. But that doesn't matter, because despite having less sex, researchers found that sexual satisfaction gets higher for women aged 45 to 60.

Sexual satisfaction was higher for women in middle age, despite them having less sex.

Holly Thomas, the author who lead the study, believes this is because, as women age, they discover what works for them sexually and what doesn't, which ultimately makes them feel more confident about their bodies and their sexual desires.

“When they were younger they didn't feel empowered to say that is not working for me," she explains.

The 36 women who were interviewed revealed they felt more fulfilled sexually because they focused more on “the emotional and intimacy aspects of sex." They also changed what they did sexually, in accordance with what they personally liked or what felt better to them.

Despite reporting higher sexual satisfaction, along with libido dropping, middle-aged women also noticed certain physical changes that contributed negatively to their sex lives, like vaginal dryness and having a harder time orgasming than they did when they were younger.

But that doesn't seem to stop these women. Results from another survey from earlier this year showed that people over 40 are still having sex and are still willing to try new things in the bedroom, like different positions, to boost pleasure.

People over 40 are still having sex and are still willing to try new things in the bedroom.

So while you may not be humping like jackrabbits at 50, you're going to be having better quality sex, which, if you ask me, is what matters most.