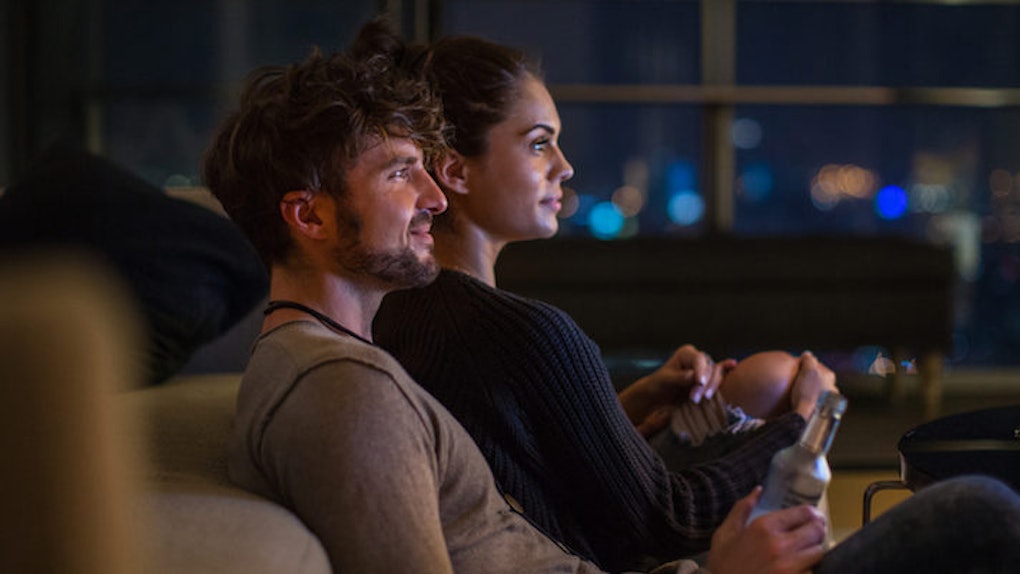 Crafting a list of the best date movies is a goddamn science.

To appease the dating masses, you need to feature the perfect mix of romantic elements that will actually make for a successful date.

If you pick an overwhelmingly boring movie, you failed. If you pick a movie that packs so much content in two hours, your attention is too divided between the screen and your date, and you failed yet again.

Your date will be able to read you up and down based on your selection, and they'll most likely know your motives, too.

Are you looking for a quick and easy hookup? Is this just a night of snuggling under that cozy, fleece blanket? Or are you genuinely looking to get to know each other and *gasp* watch a movie?

If you're in dire need of finding that perfect flick to set the mood, fear not. As a self-proclaimed movie guru, I've laid out a list of movies that correspond exactly to what you want to happen during this long-awaited movie date.

Best of luck, my friends.

The best way to get someone curled into your arms is with a purely frightening horror classic.

Since you should want something that's not super cheesy, go for “The Cabin in the Woods,” a horror/comedy that delivers on both laughs and scares on all fronts.

This is a surefire way to cozy up next to each other when you're trying to keep your eyes off the screen. But it also delivers a scary-but-not-too-scary balance, so you actually enjoy the person snuggled up behind you, instead of constantly cowering in their arms.

It's OK to be scared, just don't grip their arm so hard, you draw blood.

Hooking up ain't everything, so sometimes, it's just as enjoyable to just lie together and hold each other.

If you're looking for an excuse to cry, first, make sure you're on that level with your date. You certainly don't want to scare them away.

If all systems are go, throw on “Inside Out.” The Disney Pixar classic left me wailing so hard, my roommates had to come into my room to make sure I was OK.

If you end up having a similar reaction, you'll be thankful to have someone at your side.

The candles are lit, and so are you.

You've thrown back a nice bottle of red, and you're laying so close to each other on the couch, there's enough body warmth to start a small fire. You know it's about to go down, so it makes sense to put on a movie that'll encourage all the sex.

Your best bet: A little grind action with “Magic Mike.” Whether straight, gay, male or female, watching Channing Tatum prove it's possible to be both a stripper and an actor is a perfect way to get anyone's nipples hard as rocks.

Now, I know what you're thinking: What about a superhero movie would draw any interest in sticking your tongue down someone else's throat?

One of my first ever Tinder dates on the quest for dick was to see “Thor 2,” and boy, was it special. The movie, while not the best, provided enough action and a decent plot that we were able to switch between actually watching and locking lips.

The same can happen with this kickass Marvel installment. “Civil War” is a long enough film that, in between the multiple fight scenes, you'll be able to make out and come up for air with no problem.

It's a win-win for all parties involved (especially if your date is a nerd, like me).

Movie dates are always tempting when it comes to making a move, but that doesn't mean you always have to make one.

If you're reading the room, and you don't really think it's the appropriate time to get handsy, just sit back, relax and enjoy whatever you're watching.

In this case, throw on “Memento," the psychological thriller about a guy with amnesia who gets tattoos to solve his wife's murder.

It's such a mindfuck, you are GUARANTEED to have something to talk about after it's over. In fact, you'll probably be able to talk about it for many dates to come.

You know what? Just throw it on again at that point. You probably didn't even understand it the first time around.

So what are you waiting for? Get watching!