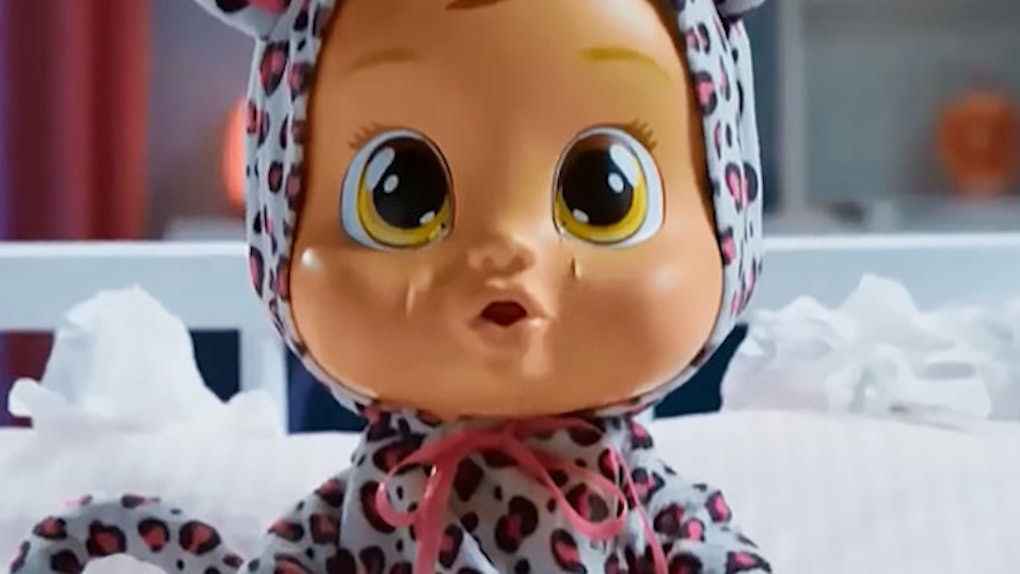 In a seemingly unending tradition of inventing creepy children's toys, a new Cry Babies doll from IMC Toys is on blast for making what sounds to be very adult sex noises.

One British mom, Gail Turley of Aberdare, Wales, told Wales Online she recently bought the doll for her 2-year-old daughter. It was the one Christmas present her daughter wanted.

After purchasing the doll on eBay, she tested it out before wrapping it up as a gift and was shocked to hear the rather adult (and weirdly accurate, sexually speaking, that is) moaning sounds coming out of the toy.

See for yourself in the video below:

Whether or not you agree the toy sounds like a grown woman getting down and dirty, we can all agree it's definitely NOT a crying baby, right?

On Amazon, the product description states,

Poor little Cry Baby Lea! Give her the dummy and a cuddle to stop her from crying. She cries real water, makes baby noises and come with a special packet of tissues for mopping up those tears! For more play fun, arms and legs are movable. She also comes with her own changeable animal print onesie!

I mean, I would be freaked out too if my kid's doll was making sexual noises.

Then again, some kids and their parents don't seem to notice what all the fuss is about. Like this one reviewer on UK toy site, Smyths Toys:

So, maybe this is a case of you hear what you want to hear?