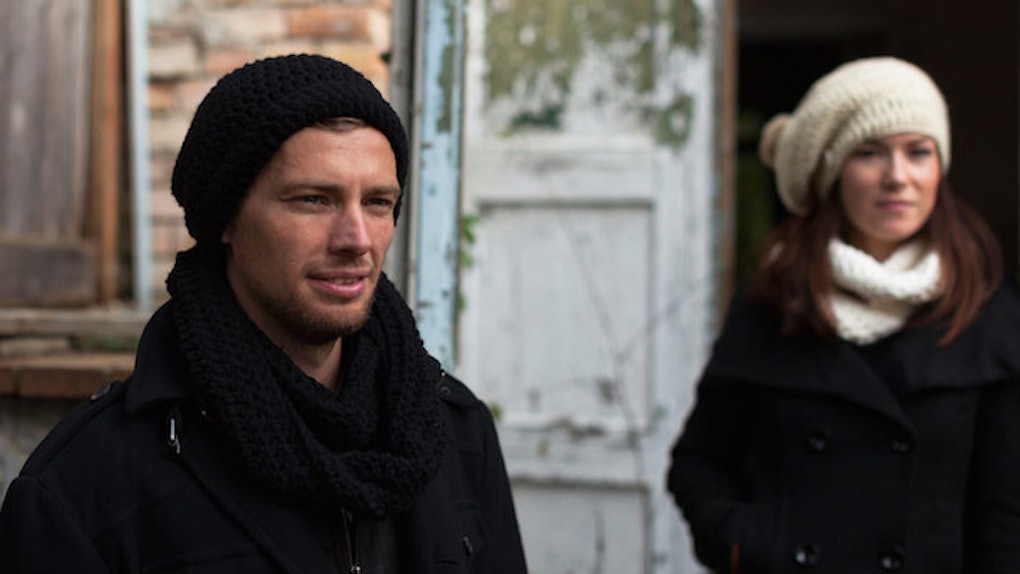 I Sabotage My Potential Relationships

You know those people who are always in relationships; the ones who appear to seamlessly float from one significant other to the next with hardly any down time between their latest tragedy and newest true love?

I am not one of those people. In fact, I have a hard time grasping the concept, considering the why and how always escape me.

I'm not the best at dating in general, so I strongly doubt I will ever be the constant relationship girl. But deep down, I also know I'm not doing myself any favors.

This tends to boil down to the simple fact that I am great at ruining potential relationships before they start... self-sabotage, if you will. Although allowing your past to ruin your future is never advisable, I have yet to move beyond the issues that have evolved from a long-term relationship that was incredibly flawed, and honestly, emotionally abusive.

Years have passed. But unfortunately, this past relationship continues to define how I view any possible new relationship that comes my way.

In the early stages of a relationship, most people thrive on all the potential their new partner displays. Everything is new and exciting, and the promise of what could be keeps that honeymoon stage alive and well.

You both love Chinese food, the new Netflix documentary and that obscure band from the '90s you thought everyone had forgotten about.

This all sounds fine and dandy... unless you're like me. Then, your thought process is a little different.

It doesn't matter you have things in common. You will overanalyze, and begin to think maybe you have too much in common. Differences keep things interesting, after all.

On the opposite end, if you have little in common, you will struggle. You'll think this could present a problem in the future, despite the fact that you get along so well now.

It doesn't matter that dates one through five have been amazing. You will always be waiting for that deal breaker, or that other shoe to drop.

What happens if date six rolls around, and some bombshell is revealed that you can't get over? The idea of ending things after that possible incident lingers at the back of your mind.

It doesn't matter that she's perfect on paper, and checks off all the boxes on your imaginary ideal partner characteristics list. You will always wonder if you have actual chemistry, a spark despite the appearance of getting what you've always said you wanted.

Perhaps you can't have it all. Maybe you were never meant to have it.

It doesn't matter if the sex is great or terrible. You will assume the bad sex can't get better, and you won't want to put in the time necessary for improvement.

You will think the great sex is a cover for some other flaw you have yet to discover, or a way to ignore your lack of common interests or missing checkmarks.

It doesn't matter he's sweet and nice. You will often think he's too nice and too sweet.

You're used to dealing with hookups and fuckboys who appear nice when it's convenient. You were hurt in the past, and you think you can't move on.

It will make you uncomfortable to accept the compliments and shows of affection. You will wonder if you deserve the accolades, even though your friends and family have constantly affirmed you do.

No matter what, there is always a constant struggle in your mind. There's an uncertainty you know you need to get over if you truly have the hope and desire to be happy. You know you do all of this to yourself. It's not your potential SO's fault.

You really do try to move past it, even though it doesn't always work. You're conscious of it after you've overreacted.

So, you text your best friend for the 100th time about your uncertainty. Her response reminds you to not end another possible relationship due to things you can't change from the past.

So, you make plans for another date, and vow this time will be different.

And you really do believe it... if only for a while.