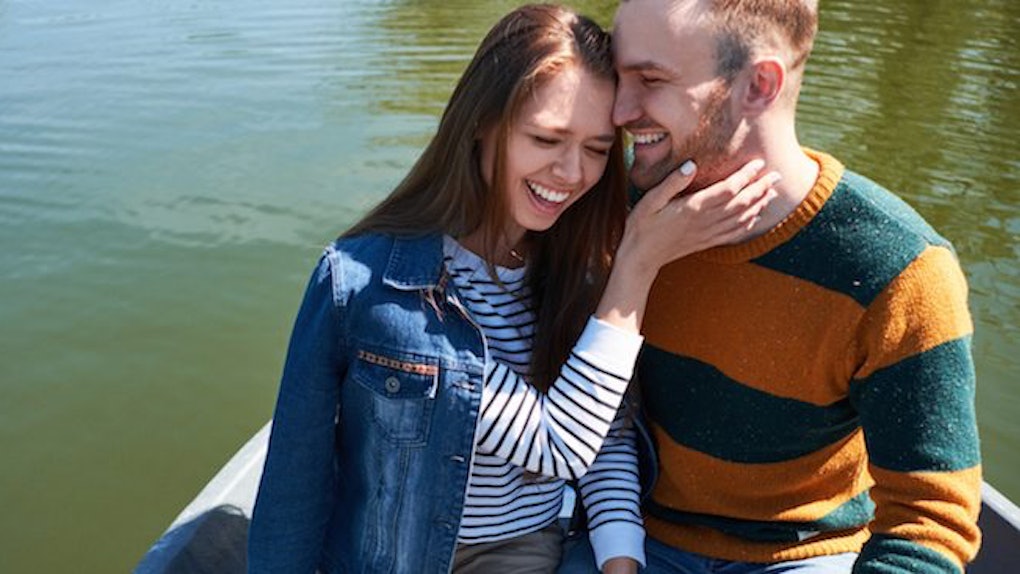 5 Romantic Things To Do For Your Partner, According To Science

You're probably just sitting at your cubicle wondering, "Hmm. What month is it right now?" Well, it's August, you silly goose! But more than it being August, it's also National Romance Awareness Month.

To do my fair share for this great month, I am going to provide you with some tips on how to really ~romance~ your boo. Luckily, dating site Match.com's latest Singles in America study revealed the top five romantic things to do for your partner. So check out these results and LEARN HOW TO REALLY SHOW YOUR BAE YOU LOVE 'EM. They deserve it.

5. Mentioning Your Boo To Your Parents

Looking for a cheap way to show your partner you love them? At the number five spot, 76 percent of people agreed that mentioning your significant other to your parents is very romantic.

And hey! That doesn't even cost anything! But then, again, time is money and said mention could result in an hour-long interrogation from your partner's mom. So, you know, up to you.

4. Taking A Trip Together

Craving a little weekend getaway? Well, here's a thought: TAKE YOUR BAE WITH YOU.

A large majority of people (79 percent) count this as a very romantic gesture. Just make sure you guys don't end up wanting to kill each other by the end of the trip.

3. Telling Your Friends About Your SO

If you're not ready to or if you just don't feel like having that long conversation with mom about your bae, just have one with your friends instead! (Though, you should still probably mention bae to your mom eventually.)

It will probably be less annoying for you and even more people (82 percent) consider this to be a super romantic gesture.

2. Going To A Family Event As A Couple

Bring your partner as your date! Meeting the family is a super serious step in any relationship, and attending a family event as a couple is the second most popular (83 percent) romantic thing to do for your partner, according to the singles surveyed.

1. Caring For Your Significant Other When They're Sick

I'll tell you from personal experience, one of the most romantic things my boyfriend ever did for me is when he came over and brought me soup when I was sick. And this was before we were ever even officially dating. How sweet is that?

And I'm not the only one who thinks that's romantic! Taking care of your bae when they have the sniffles is reportedly the most romantic thing you could possibly do for your partner, according to the survey.

Did none of those ideas tickle your fancy? Well, apparently, ditching your phone while hanging out with your date is another smaller way to show your loooove. For almost half of singles (45 percent), them seeing you turn off your phone would be a major turn-on, while 33 percent would like it if your phone never made an appearance in the first place.

OK, so now that you know the proper ways to romance your love, go treat your bae like the gold they are!