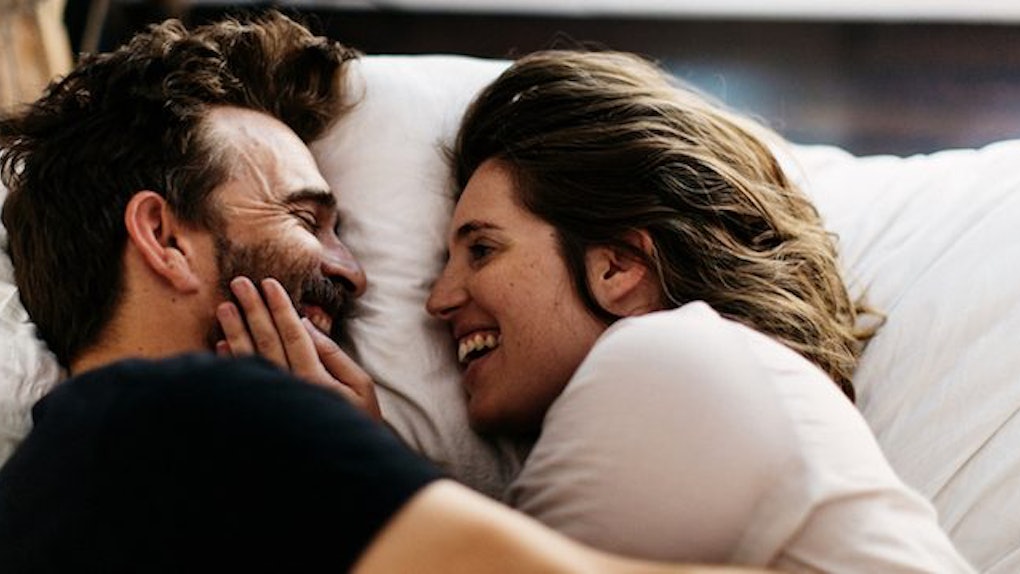 Romantic Things You Should Never Lose In A Relationship

Lately, I've seen a lot of videos, memes and even full-length articles explaining the differences between a new relationship and a long-term relationship.

And I have to say, seeing so many of these things has made me sick.

At this point, we've trapped ourselves in a quest for finding love and “the one,” but we're also scared of “catching feelings.”

And to top it off, we're constantly portraying long-term relationships as a kind of relationship where you're sitting — almost trapped — next to each other on the couch, losing all of the fun that a relationship should be.

So let me just lay it all down right now for you. Here are all the things that DON'T have to stop when you're in a long-term relationship:

Doing small things for one another

There seems to be this train of thought that you only buy a girl flowers on the first few dates or within the first few months and you only magically show up with your guy's favorite food after he's had a long day when you first start dating.

You know how special it makes you feel when your babe does something small and cute like that for you, so why would you let being with them for years stop you from continuing to make them feel that way?

Going out and about

“It's been a long time since we've done anything like that” are very sad words to hear.

Did you always used to try new foods together? Did you always make it a point to visit new spots in the city? Did you anticipate movies for months and then go see them on opening night?

There are no rules saying that after years of dating, you have to stop sharing those activities you both enjoyed so much. And there is definitely no rule that says you have to stop looking for new, enjoyable ways to spend your time together.

“I used to tell him it was OK when he burped, but now, I just tell him he's disgusting.”

Someone actually said that to me about their boyfriend. I really can't imagine a world where it's cool to tell someone you love, or claim to love, that they are disgusting for burping. And if it does really gross you out, why did you ever pretend it was OK?

If you MUST say something to show your displeasure, try kindly asking your partner to keep the belches a little quieter.

Saying nice things about your love when they aren't around

The same person who apparently hates her boyfriend performing normal bodily functions proceeded to rag on him throughout the conversation, and at one point, she literally told me, “We've been together long enough. I can say whatever I want.”

I don't know about you, but to me, that sounds like, “We've been together long enough that I can continually disrespect my SO when they are not around. It's totally fine.”

You don't earn the right to speak poorly of a person who puts up with your dinner destination indecisiveness just because you dated that same person longer than you were in high school.

Looking for new experiences together

One of the best parts of a relationship is that you have a buddy to go to random, new places with.

It's so exciting to try new, even strange experiences with your partner, and adventuring together puts (and keeps) a unique spark in your relationship that you don't get by doing the same things over and over again.

I realize not everyone is touchy feely, but really, I can't begin to tell you how many sad stories I've heard about couples breaking up that involve someone not wanting to hold hands in public, not placing a hand on their knee in the car or refraining from random kisses throughout the day.

For the record, this causes a slow, quiet kind of hurt that eats away at the other person, as they realize just how much they miss that interaction.

Don't let spending years with your boyfriend or girlfriend turn you off to physically displaying your affection.

Telling the other person how much they mean to you

The beginning of relationships can be an exciting whirlwind, full of cute, little messages and bold statements of feelings about one another. At times, it's even cheesy and might make someone gag.

While you may tone back the cheesy nature of your texting, you don't have to stop telling babe how much they mean to you or how much you appreciate the time you get to spend with them.

It's not weak, and it's not lame to quickly remind your SO that you think they're more hip than your dad's fanny pack at Disney World and that they feel like home on dark days.

Try it. I doubt it will do anything but make them smile and make them feel appreciated.

Getting to know each other

People change throughout their entire life, so the person you started dating years ago may still obsess over Pringles and puppies, but their opinions and emotions have grown.

That's another amazing thing about relationships: You get to grow alongside another person who finds you fascinating. Never stop talking to your SO about what they think about XYZ or how they feel about XYZ.

If you stop, you will miss out on so much of them without even realizing it.

Really, everything comes back to this to how hard you try.

I urge you to take a stand against becoming someone who feels they can stop putting effort into a relationship just because they've been in it for a long time.

I see it happen all the time, and it's honestly terrifying. Do not take your partner for granted. Do not treat them like they are just an ordinary thing in your life.

And do not ever stop showing them you care.