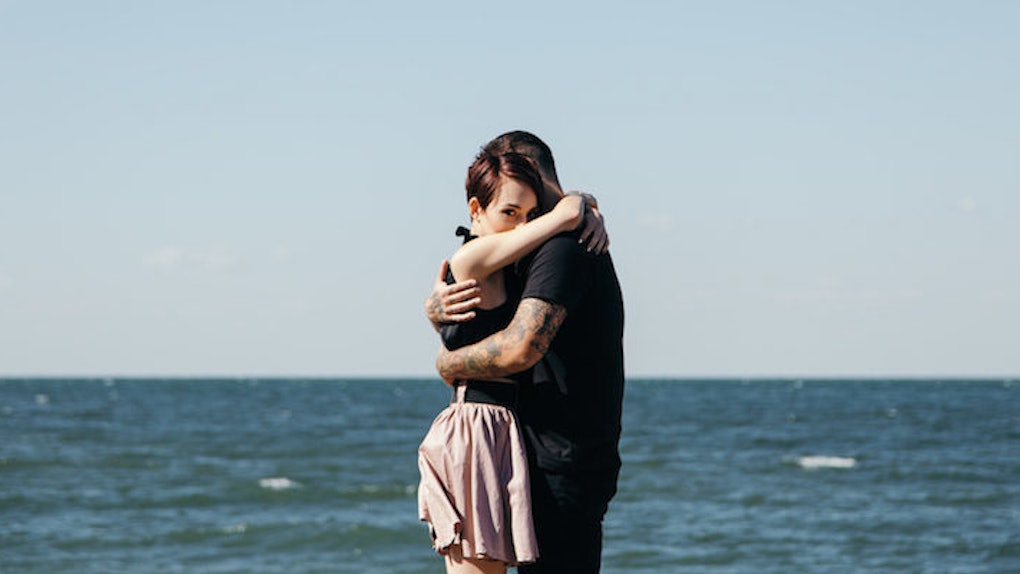 Your friends envy you. While they're trying out Tinder, dating sites and just going out to find a proper man, you're at home with yours.

They complain their Friday dates don't have a job and their Saturday dates left them with the bill, while you feel secure knowing you have someone to share all the burdens with — including the financial ones.

And yet, you secretly envy them back.

You never tell them, but you miss those ups and downs; those moments of excitement before a first date.

It's not that you don't love him anymore, and you're certainly not looking for anyone else. You've just gotten so used to having him around.

Your life together is running its course — a very smooth one at that — but the road it runs is flat, without any heavy climbing or thrilling descends.

You realize your relationship is in a rut. The signs are clearly there:

Saying "I love you" and hearing it from him used to give you butterflies, but now it's become a habit.

You say it every morning before going to work and every night after you've turned off the lights. It's become a ritual -- a rather meaningless one at that.

Show him you love him in a way he doesn't suspect. Cook him a special meal after a long day, give him a big kiss when you're grocery shopping together or call him at work to tell him just because.

2. The last time you went out together was... Wait, when was it?

You both lead busy lives and your schedules show it. He has practice on Tuesdays and you go dancing on Wednesdays.

On Thursdays, you're both home, but Friday is your night out with friends.

On Saturdays, he has a game and on Sunday, you're either having dinner with his parents or with yours. Monday? Well, something always comes up on Monday.

You don't have a lot of free time to spend together and when you do, you usually sit in front of the television, exhausted. The last time you went out together was ages ago.

Make time! It wasn't always like this, so how did you make it work in the beginning? You probably went on dates.

You would see him on Saturday afternoon to get a drink or on Tuesday night for dinner.

Nothing stops you from doing that again. Even if you need to plan two weeks ahead, schedule in a date with your man and stick to it.

Your relationship deserves some quality time and doing stuff together will give you more to talk about as well.

One of you gets in the mood and starts fooling around with the other.

It might've been good, but was it great?

Pull him out of his comfort zone. Refuse to go to the bedroom. Challenge yourself to do it in each room of the house.

You probably did this when you started dating, so why not again?

Bonus points if you seduce him outside of the house. That will put some fire back into your relationship!

4. You're checking your phone during dinner.

When he gets a text, he immediately looks. In between two bites, you check if anyone has liked your newest Instagram update.

It bothers you, but you're not sure what else to do. When you've asked about his day, there's nothing left to talk about.

PUT THE DAMN PHONE AWAY. Your parents wouldn't let you text during dinner, so you shouldn't be doing it now either.

You've probably spent the last eight hours apart. That should give you plenty of material to go through, and if it doesn't, make sure you don't settle for "fine" as an answer.

Is he in a foul mood? Maybe his boss was too demanding again.

If he's texting, he's telling someone something he should be telling you, so make sure he knows he has your full attention. Listen to him — really listen to him.

If you find yourself wondering if this will be it for the rest of your life together, something's wrong.

The good news is you realize something's wrong and you can do something about it.

Talk to him. A problem can only be dealt with if it's acknowledged by both parties.

Maybe he doesn't even realize you're not happy with how things are going, or maybe he's been wondering the exact same thing but hasn't dared to tell you yet.

Being in a rut can be dangerous for your relationship, but even more so when you let it hang in-between.

You might get frustrated because you think he doesn't want to put in the effort.

He might get annoyed because you don't seem to notice something's wrong.

Talking about it might be scary and even lead into a heated discussion, but it'll get things going. Hey, you were looking for ups and downs, right?