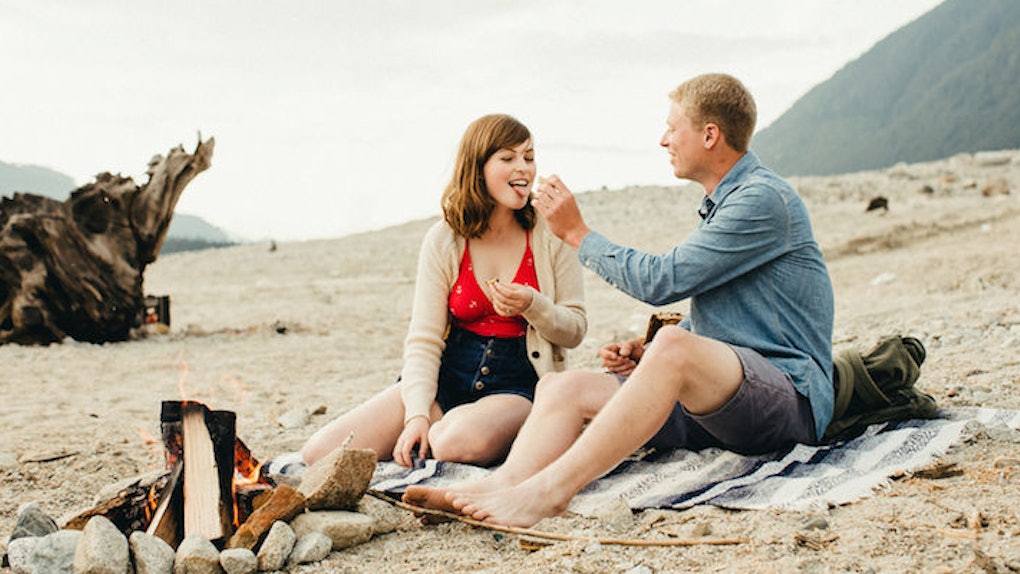 Chances are, if you're reading this, you've noticed how eerily accurate star signs can be for predicting people's behavior. But did you know it may be possible to use the zodiac to link up with that guy you've been crushing on? In fact, I'm going to show you exactly how to attract a Pisces man.

If you don't believe in the zodiac, you may hear the word "astrology," roll your eyes and think to yourself, “What's the chance that the month you're born in really determines your personality?” Yet, I urge the skeptics out there to bear with me.

After all, people in China and other parts of the east have been practicing astrology for more than 3,000 years. Scientists who have studied birth order and twins separated at birth have found that while “nurture” (how you're raised) definitely plays a role, “nature” can't be dismissed either.

Do a mental inventory of your friends, family and even your frenemies. Think about when they were born, and what their star signs are. Don't they overwhelmingly match up with the personalities assigned to their signs? I know I do.

So, believers and skeptics alike, listen up: If you've been looking for a Pisces -- the most romantic and emotionally available of the signs -- let me tell you how to use this sign to your advantage. Here are five ways you can attract a Pisces man:

I'm terrible at this one. If I like someone, I tend to go for it, although I do often second guess that choice right when things start to get serious. (That's a Libra for you.) But the Pisces man tends to give himself entirely to relationships 100 percent, so it will take him time to feel comfortable before he commits to that level of investment.

The Pisces guy you know is probably the best guy friend you have. He's the one who takes an interest in your hobbies, dreams and struggles. He needs to feel comfortable with you before he opens up to the possibility of love.

So you have to be patient. Instead of overwhelming him with an outpour of your feelings right off the bat and trying to jump into a relationship, ease him into the idea of something serious by taking an interest in his life in return.

Once he knows you're interested in more than just a fling, he'll be willing to open up. When he does, you'll have one of the most faithful signs on your hands.

2. Be ready for something serious.

The Pisces is not your college fling. This goes with the “be patient” point as well. If you're dating a Pisces man, he expects you to be committed just to him. A “Netflix and chill” relationship is a no-no for a Pisces.

Don't get me wrong; dating a Pisces man is an adventure-filled, passionate experience. Pisces can be light-hearted and playful. But if you're interested in attracting a Pisces man, trust and respect are crucial for your relationship to work.

Unlike those immature types you may have dated in the past, a Pisces man will support you in your endeavors. In return, be open with him.

Tell him the things you're struggling with at school or work, and ask him for his suggestions and support. The more you go to him for support and open up to him emotionally, the better your relationship will be.

If you know anything about the Pisces man, you know he's a dreamer at heart. This goes hand-in-hand with the pronounced intellectual and emotional facets of his personality.

He'll be supportive of your hopes and dreams. In return, listen to his dreams. Don't tear him down.

Even though you might see some of his wild dreams as impossible or ridiculous, give them a chance. He might just surprise you with what he is able to accomplish.

Pisces men want to be around people who can go along with them on their wild and exciting rides. The Pisces man's honesty, trustworthiness and passion make dreams that would be impossible to the rest of us achievable for him.

That being said, it is extremely important that you hold boundaries. (This is something I talk about on my relationship blog.)

If things start getting too crazy, don't be afraid to gently bring your level-headedness to the table. Explain your reasoning to your Pisces man from a caring place, and he will likely respond well.

While dating a Pisces man, know that he approaches everything you say and do in an emotional way. He can take disagreements to be personal attacks. So if you have problems, make sure you express them straightforwardly and lovingly (rather than abrasively).

The Pisces man is eager to please, and he responds to constructive criticism well. But aggressive debate overwhelms him and sends him shrinking inward. Be straightforward, and don't make him guess what you're thinking.

Dating a Pisces man can be one of the most rewarding relationships you can have. His emotional openness and support gives you the confidence to pursue your dreams.

He'll commit 100 percent to your relationship. Get ready for romantic surprises and exciting adventures, instead of boring date nights.

Just remember: You love the romance, and he does too. Little gestures you make to show him you're invested will go a long way toward winning his heart. The more you open up to him and rely on him, the better your relationship will be.