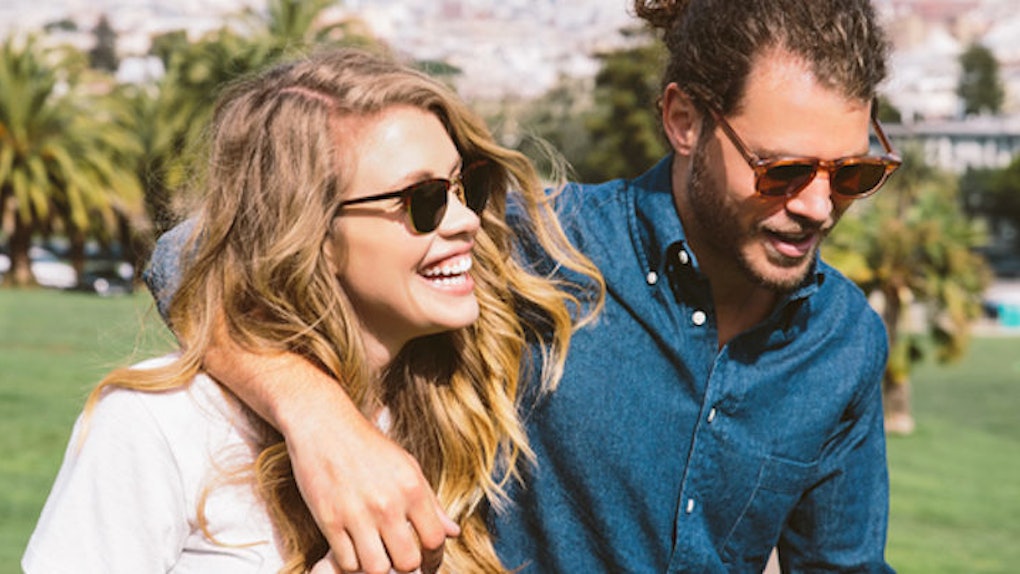 What Your Relationship Goals Look Like In Your Early 20s Vs. Late 20s

If we’re being honest, relationships aren’t just about love; they’re about goals.

They’re about fulfilling those specific ideas we have on who we want, what we want and where we want to be in 10 years. These goals serve as a benchmark for our own relationship happiness.

The thing about goals and ideas, however, is they constantly change as we grow older.

Who and what we want, especially during our tumultuous 20s, when we’re still figuring out ourselves, differs with each passing year.

Here are your relationship goals in your early 20s versus your late 20s.

Early 20s: You want a boyfriend

The specifics of said boyfriend don’t really matter that much. As long as you have someone to send cute text messages to during the workday and be your new gym motivation, you feel completely fulfilled.

Late 20s: You want the boyfriend

You’ve gotten the hot douchebags and going-nowhere-losers out of your system, and now you’re focused on finding their permanent replacement.

You’re not trying to waste anyone’s time on someone you know you’re not going to be with forever.

Early 20s: You want someone to take the lead

When you’re just starting out in the dating world, you aren’t sure of “how these things go” and are comfortable with someone else showing you the ropes.

You want a boyfriend who will take care of you and be by your side through the emotional roller coaster that is your early 20s.

Late 20s: You want to be equals

Playing the role of chill, passive girlfriend no longer interests you. As you’ve grown up, you’ve become more confident in your opinions and want someone who appreciates them as much as his own.

If he looks good on a piece of paper, then he’ll definitely look good on top of you.

And that’s basically your ultimate goal when you’re still caring about what other people think.

You want to have the best guy who’s out there, even if it’s not the best relationship.

Late 20s: You want to be impressed

You’re a little bit jaded when it comes to life right now and could use a boyfriend who changes your perspective on that.

It no longer matters as much if he impresses your friends and family – you are the one who is dating him. And you care more about how your relationship looks on the inside than the outside.

Early 20s: You want someone to keep up with you

You lead a busy life with no intention of putting it on hold for anyone.

You want the boyfriend who will happily partake in all-nighters and friend’s birthdays and office parties and still find time to binge watch the entire “Mad Men” series.

He needs to be able to buckle his own seatbelt because you’re already on a roll.

Late 20s: You want someone who slows you down

You’re longing for a boyfriend who can appreciate living a full life in a more pared-down setting.

You’re exhausted from always moving at a fast pace and seek a partner who won’t require energy or an effort.

You need a companion, not a coach.

Early 20s: You want someone whom your friends will love

When we’re just starting out, all we want is approval from our best friends that the guy we’re dating is “right” for us.

Your friends’ reassurance is almost more comforting than your own.

Late 20s: You want someone who will be your best friend

As more of your crew pairs off and settles down, you seek a partner to fill that space.

You want someone who will keep your secrets, as well as your heart.

You’re just happy to have a boyfriend and someone to listen to you stress about an Instagram caption for 30 minutes.

Even if he’s not “The One” or a perfect match, you’ll let it slide and chalk it up to a learning experience.

You know your worth, and you won’t stand for less. If he’s got everything but you, you’re no longer afraid of moving on.

You’re still not quite over your juvenile tendencies and penchant for innocent trouble. Your ideal relationship is more of a partner-in-crime who will get into all kinds of mischief.

Late 20s: You’re thinking about having them

Whether you’ve decided if you want them or not is another thing, but you can’t deny that it’s on your mind, especially when deciding on a potential partner.

The ideal guy starts to look a lot less “bad” and a lot more like Dad.

Early 20s: You crave the drama

There’s something oddly comforting about drama, for it means that the other person is still invested in the relationship.

When we’re younger and still haven’t wised up, relationship drama can be the most exciting part of our lives.

We can’t help but equate it to passion.

Late 20s: You prefer that nothing is staged

You’re comfortable in your own skin; you have nothing to hide, and thus, this relationship should be equally 100 percent authentic.

Early 20s: You're looking for someone to fork

You've got to love having the sex drive of a sheltered pubescent teenager coupled with a steady partner who is always down for you.

Late 20s: You're looking for someone to spoon

Sex is great, but it does not fully make a great relationship.

You want someone who cares about the aftermath, who wants to cuddle you after simply because he's not done being close to you.

In your late 20s, your partner has your back – not just your backside.

Early 20s: You want him to buy you dinner

The only future you’re thinking about is where you guys will be having your next meal.

Late 20s: You want him to buy you an engagement ring

You’re ready for the next step in your life and are seriously starting to think of this person in terms of “forever” and not just “for now.”

Early 20s: You want someone to sleep over

Having someone to go to bed with and wake up to is really comforting, especially during this unpredictable time.

It feels good knowing you have someone to call when you need some company.

Late 20s: You want someone to move in with

It’s not just about going to bed and waking up to them; it’s building and sharing a life together, which you now feel ready for.