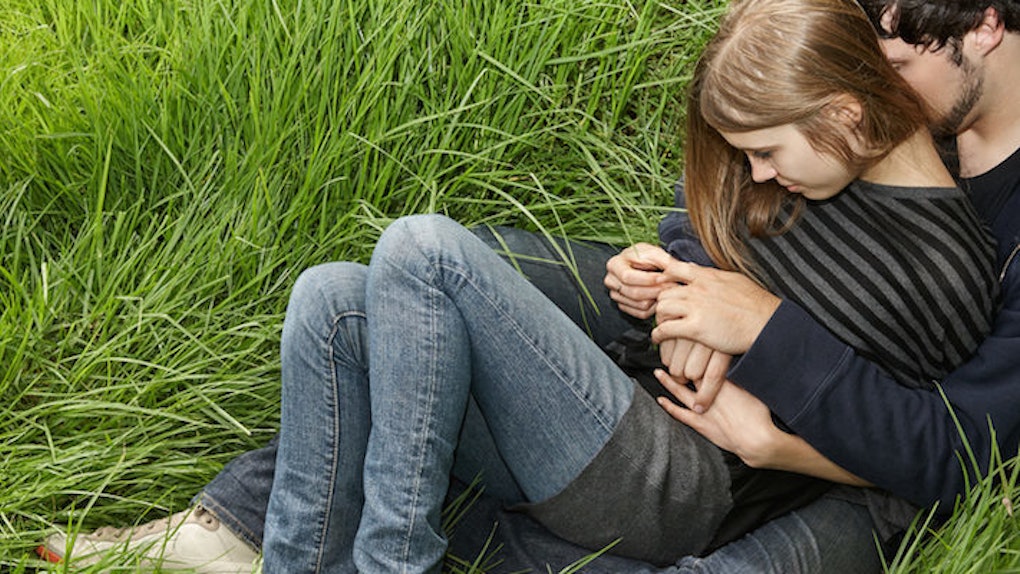 In Limbo: 9 Reasons To Cut Your Losses In A Dead-End Relationship

We’ve all witnessed this situation at some point before, either personally or from afar. Yet, even though we tell others to get out, it’s not so easy to take the same advice when your own emotions are personally invested.

When I say limbo land, I’m referring to a stagnant relationship that doesn’t seem to be going anywhere other than backwards.

Whether it started out as a seemingly good relationship, friendship or perhaps even a random hookup, holding out for someone who doesn’t seem interested in a future with you might mean it's time to reevaluate yours.

Why do we stay in these less than fulfilling, dead-end relationships? It’s pretty simple, actually. We allow our emotions to cloud our judgment.

We’re hopeful that it will transform into something more. We make excuses to stick around because it feels good to have someone around, no matter how absent the person is when you're together.

But here’s what we’ve really done: We have created the damaging illusion that, whatever happens, the relationship was meant to last.

Granted, I can't speak for every relationship out there. In many circumstances, there is an array of reasons behind the premature status of your relationship.

Maybe this person has serious commitment issues, and maybe it truly is just complicated.

Maybe this person does actually care about you, but just not enough to put in the necessary effort and give up all the "freedom" he or she so naively believes a relationship holds him or her back from.

Either way, lingering around just encourages the person's uncertainty, and it paints the picture that you're okay with the situation.

If you are one of those people stuck in limbo land, here are nine more reasons you should consider moving out.

1. There’s always someone else ready to pick up the slack.

It's a painfully sad and happy moment when you realize how many other people out there would jump at the chance to take you out.

When you're desperately trying to win over someone’s affection, you’re impervious to all the other signals being thrown at you from other people. We’re too busy dwelling on what we did wrong to realize sticking around might be the biggest one.

The second you look up from the disappointment of someone who can’t reciprocate your feelings, you’ll realize how many others would.

If not, focusing on yourself isn't a bad gig, either. Sure, love is amazing and having someone to share it with is even better, but it's not everything.

2. Time is not of the essence.

If you think time is the exclusive game changer to pull you out of limbo land, think again. Time is usually a useful tool in building healthy relationships, but if you haven’t even established one after months of "dating," then you have to ask yourself if you ever will.

It stings, I know. Maybe the harsh realty is he just wasn’t that into you, and that hurts.

In reality, no matter how much of a catch you think you are, you can’t be everyone’s type. Time is important, but if that's all you have and then some, it's not the saving grace of your relationship purgatory.

If you don't see a future with this person, waiting around just delays the inevitable and makes it harder for you when your heart finally does decide to concede and resign.

3. You're unhappy more often than not.

So why stick around? It’s obvious because even in our misery, we still find happiness when we are with this person.

In the end, though, you’ll always want more than you are given, and the happiness will never be absent from the sadness that lies behind it.

4. You are killing your self-esteem.

Trying to convince someone he should be with you is one of the worst feelings in the world, especially when you care deeply for him.

If you accept the same one-line excuses and never progress, it tortures and diminishes your self-value. You cannot let one person’s vantage point affect the way you see yourself as a whole.

Everyone sees the world from a different perspective. Even though this person is unaware of all you have to offer, someone else will eventually come along and see everything crystal clear.

5. Your boy- or girlfriends already think you’re too good for him.

If your close friends all agree you’re being taken advantage of, then it’s probably because you are. I’m not saying you should base your relationship solely off their opinions, though.

People don't have all the answers, especially if they haven't witnessed your relationship first-hand. Only you can make this decision.

But if it's a mutual understanding among various people, take some time to consider what your friends are saying.

Pretending you’re okay with the arrangement only lasts so long. All this does is reinforce the casual standstill nature your relationship is stuck in.

Sometimes, you manage to trick yourself into being okay with it momentarily, but it always comes out in the end, especially when numerous shots of tequila are involved. (No one ever said anything enlightening while they were piss drunk.)

If you're constantly finding yourself in a drunken battle of emotions with this person, it's because you too have battled this fantasy. And all it did was land you on the couch, again.

7. You are better than what you’re getting, and you know it.

Somewhere in-between trying to fake your emotions and settling for the bare minimum is where your dignity lies. Similar to your conscience, it is constantly screaming, “WHAT ARE YOU STILL DOING?”

If you hear it loud and clear, quit ignoring it. Only you can truly assess what you are worth.

If you lower your standards for someone, you’re already winning at a losing game. Deep down, you never feel appreciated or loved enough, and a relationship simply cannot thrive or improve without those two things.

8. Consistency is completely absent from your "relationship."

A lack of consistency creates the biggest issues for relationships. It can turn even the strongest, most secure individuals into the weakest and most vulnerable. When your relationship goes from point A to point E with no explanation, it causes self-doubt and apprehensiveness.

You start to wonder, “Was it me? Did I do something?”

It can't be great one day and up in the air the next. If you don't have confidence in your relationship, it's easy to confuse those normal hiccups we all go through for something much more serious.

You need consistency from someone you care about so you don't have to question every little detail, especially when it comes to showing affection. Otherwise, it just turns into a situation where your friends and family are asking, "So how are things this week?"

9. You can’t miss something that's always there.

If you're always available or just a phone call away, this person will never understand what it means to miss you or recognize the fear of losing you.

You know the old saying: You don't truly appreciate what you have until its gone, and by then, it's always too late.

Relationships today may seem like rocket science, but they're not. Sure, there isn't an exclusive formula that can be applied to every relationship, but it's about is finding that mutual balance of happiness between one another.

In order to achieve this, you have to communicate, which is something we have all foolishly and disreputably abandoned in our dating culture. The biggest issue behind so many failed relationships is often a lack of strong communication.

If you haven't already approached this person about the situation, swallow your pride and do it. If you have, and it seemingly failed to change anything, then you are part of the problem for sticking around.

It's hard to close the door on someone you really loved or cared for, but it's impossible to think you can keep up this charade of hearts forever. Do what's best for you because you are the only one who can.