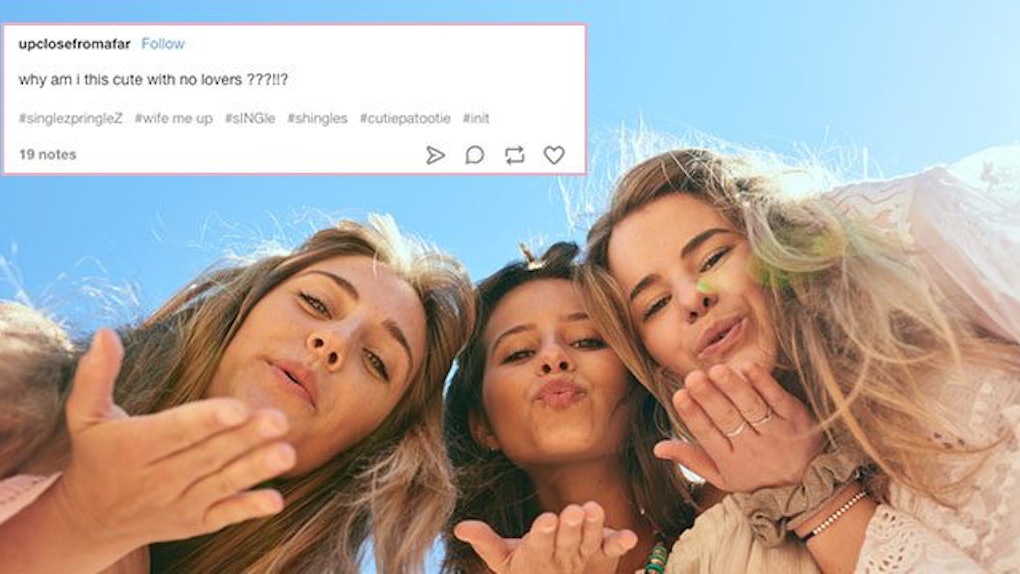 Funny Posts About Women Figuring Out How To Get Wifed Up

Leave it to pop culture and "kids these days" to find new, creative ways to categorize women.

For example, "wife material" refers to a woman who displays arbitrary characteristics little, whiney men feel brave enough to post about behind their computer screens.

Likewise, when some is about to get "wifed up," it essentially means they're engaged.

Hilarious women of the universe have caught on to this BS and took to various social media outlets to post their thoughts, realizations and questions about it all.

Here is their relatable, honest commentary that, at the very least, will make you laugh (which makes them GREAT wife material if you ask me):

Some women are trying to grasp the concept in general and figure out how they can get wifed up themselves.

Or this lady who just doesn't get it:

And this gal, probably just asking for a friend (AKA herself):

Others know EXACTLY what makes them Grade-A wife material.

Guys, if I were you, I'd jump on this person:

This beauty sounds like she has unlimited "wife skills" (whatever those are):

This girl's just doing a great job all around:

And others still have a few guesses as to what's keeping them away from marriage bliss.

Hey, we all make mistakes:

No use wrestling with nature.

At least her priorities are straight:

To be fair, this girl brings up a good point:

We all have our quirks:

And who hasn't been here?

And some badass babes can admit they understand where they stand... and it's NOT in a wife role.

Like this person who clearly hates weddings and love:

This person knows she's the one who is going to get away:

At the end of the day, we know we're all pretty awesome.

And anyone who ends up sharing their lives with us is going to be better for it...

If you need me, I'll be making grilled cheese, planning for the end of the world and listening to Adele.