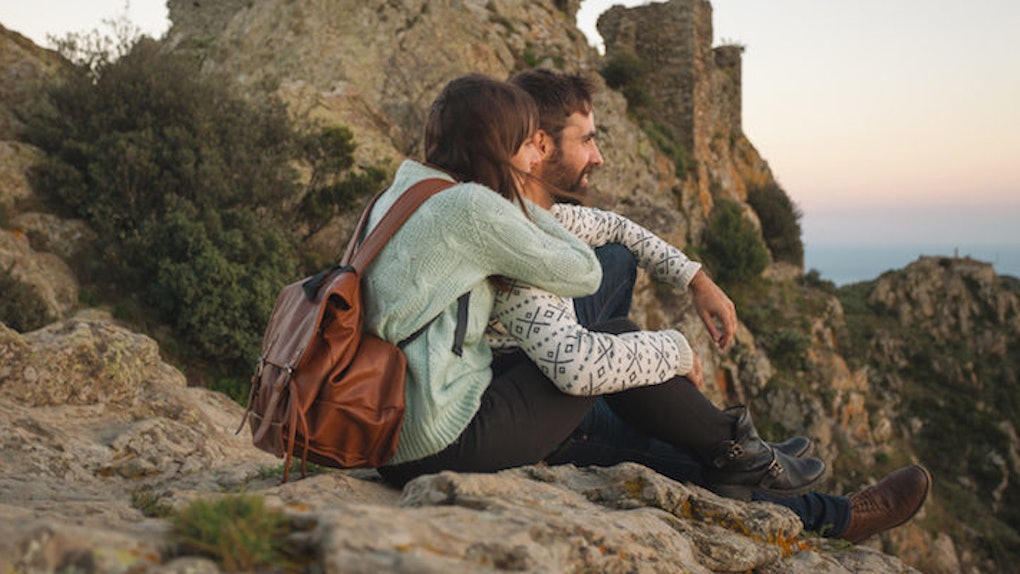 "It's so hard to find a decent guy. And, I dunno. Dating apps make me feel desperate."

My best girlfriend from college and I were sitting on a rooftop somewhere in Brooklyn, pondering our worst dating disasters.

"Me too," I said. She and I have gone on a dating app date or two in our day, but the dates didn't amount to anything. And when they didn't, we deleted them from our phones and decided we weren't going to use them ever again.

To this day, I stand behind my wildest fantasy of meeting someone in my cozy neighborhood bookstore or the seedy corner bodega I hit up for my favorite ice cream.

I commend my friends who use dating apps. Their ability to sit, swipe, start a conversation and follow up on the conversation just confirms they're practical. Yes, they factor emotion and intuition into how they choose their partners, but they don't let pure emotion guide their decision, the way hopeless romantics do.

People who use apps in places besides the toilet swipe with meaning. They're determined and patient. When they swipe, they're willing to give people a chance. And when they actually do give that person a chance, they listen intently, not half-assedly.

More important than anything, though, they navigate the dating process with practicality. They don't follow the impulses of their heart, or a momentary wandering eye. They understand lust is simply lust.

They know that, while a relationship has lust, it is built on a foundation of hard work.

People who use apps know that, while a relationship has lust, it is built on a foundation of hard work.

Some of us non-app users tend to get swept up in the thrill of romance born in bars — the kind that, sometimes, die just as quickly as they begin. Trust me; I would know.

See, there are a ton of things I like about myself. I'm smart, creative, passionate about what I do and super fun to be around. My friends keep telling me to get on apps and actually use them — you know, to find a real man, for once — but I refuse because I'm stubborn, which leads me nicely to my next point.

There are also a ton of things I don't like about myself. On top of being stubborn, I'm lazy and unorganized, unpunctual and a reckless spender. I'm also impatient and intolerant; I'd rather sit in bed doing nothing for an hour than devote that hour to getting to know a guy I met on Tinder.

I'm unrealistic and afraid to fall in love. I refuse to commit to a man who doesn't look, act, talk and seem like the guy I've imagined in my head.

And I fall for the guy I met in the bar, only to later realize his intentions were never good to begin with.

I've concluded I'm an awesome person in general, but unlike app users, I'm a horrible prospective relationship partner. It's made me realize being a "catch" doesn't necessarily mean you deserve someone wonderful. And that was a big revelation for me.

Being a "catch" doesn't necessarily mean you deserve someone wonderful.

See, for the past few years, I've operated under the assumption that I'm this great person who deserves a relationship with a guy who's got his shit together. The first half of that assumption is correct. The second part isn't.

Why should a girl who doesn't have her shit together feel entitled to someone who does? She isn't organized enough to coordinate a date on a dating app, yet she complains about not being in a relationship.

Non-app users want love just like app-users do, but we're less proactive about it. And if my single friends and I are any indication, we may be less proactive because we're less willing to compromise, especially on things where compromise might be necessary for a successful relationship.

Maybe it's that single people who don't use dating apps don't really want to be in a relationship.

So there you have it. I guess I should stop complaining about not being in a relationship. Because how can you be in a relationship when you're so unwilling to compromise that you can't even set aside 30 seconds of your day to respond to someone you hit it off with on a dating app?