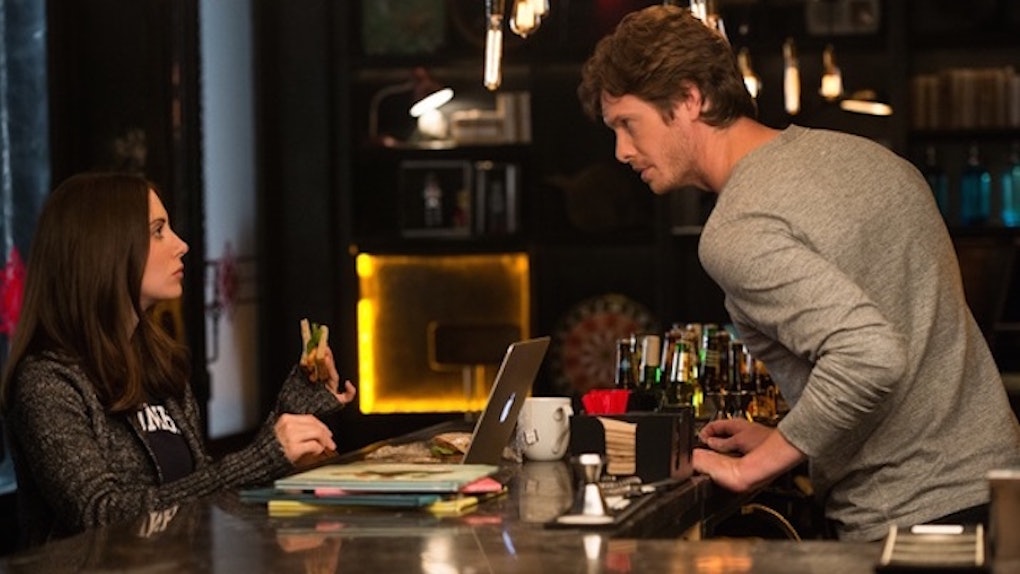 5 Reasons I'll Never Pay To Use A Dating App

But the catch? It's $7 per month to find a relationship.

"WTF" was my initial reaction to the widely publicized, yet equally polarizing Hinge app update.

Hinge has been working on the new version of the app for about a year. During that time, they launched TheDatingApocalypse.com, a site that gathered all of their user research to bring light to the fact that people aren't using dating apps to find relationships — they're using them to hook up.

Hoping to create a platform that would be the go-to for finding real, meaningful relationships instead of a weekend fling, Hinge updated their app to the $7-per-month version it is today.

Unlike my continued confusion surrounding what women actually want, I get where the Hinge team is coming from here. We swipe like it's a game, relationships are less common and authentic Millennial “hookups” are happening at this very moment.

Contrary to popular belief, these trends you're noticing don't stem from a single app experience, rather, a topsy-turvy dating culture.

This culture with endless options at the click of a button leads to a dramatic rise in the macro-romantic force I like to call “playing the field.”

Bottom line: Hinge swung for the fences here, and I won't be there to catch it.

Let's dive into why I, at the peak of my emoji-using, Uniqlo-wearing, Snapchat selfie-taking prowess, will be avoiding the new Hinge:

With the endless free options (including —  gasp  —  meeting someone in public) affording your said field-playing opportunities, the idea of paying to use a dating app has me befuddled.

(I don't think I've ever actually typed or spoken the word “befuddled,” but doesn't it just feel like the perfect adjective for this moment?)

The naysayers will call out the hypocrisy: I do pay to seek romance (albeit indirectly). That's the way y'all can describe the two (or four, given a frisky ambience) speciality cocktails I buy for myself and lady at the local dive bar.

The difference, my friends, lies in paying for a date and paying for the prospect of a date.

Now, don't get me wrong; I'm sure there are wonderful women upgrading their Hinge experience with this update. And I'm sure with hard work, perseverance and the right balance emojis, I could earn myself a local 60- to 90-minute exchange of small talk.

But call me a romantic, call me a cynic, call me a romantic cynic or even call me someone who just had a whirlwind of a (free) Hinge experience in and of itself (more to come here), but I absolutely cannot justify stealing $7 from my allotted Netflix/Spotify monthly spending for this mythical potential.

The difference lies in paying for a date and paying for the prospect of a date.

2. There is no longer a magic formula.

In today's dating world, relationships are far from black-and-white, as evidenced by the fluctuating morning conversations with your roommate analyzing your romantic situation (or the latest batch of late-night texts).

First, “we're dating,” next, “we're kind of, sort of seeing each other." After that, “we're not dating, but still randomly Snapchatting,” and beyond that, “we occasionally fire off an Instagram like or two, sometimes even a booty call." And thereafter, “it's officially official,” or “I deleted every number/picture.”

The point is, modern romance is no longer binary or a game of "Facebook official or bust."

Relationships today are entirely ambiguous; no one has the faintest idea of what will result from a ballsy DTR (define the relationship). And yet, Hinge is telling us exactly what we all want.

Truthfully, in my two and a half years of first-person yuppie dating, I've learned how it's an utterly atrocious idea to tell yourself, “I'm looking to date 'someone.'”

Who is this mythical “someone?” Quite frankly, “someone” does not exist, so we need to stop searching for him/her. Think about your last relationship. Did you see it coming?

Modern romance is no longer binary or a game of 'Facebook official or bust.'

3. The perception of casual hookups is still too negative.

I consider connecting with someone a three-prong approach: intellectually, emotionally, physically (not in that particular order).

But just because that's how I approach relationships doesn't mean everyone follows the same roller coaster path. Everyone has a different pecking order (no pun intended) for how they ascertain the true potential in this mysterious “match.”

Physical/sexual chemistry just might be the first step for quite a few people. The scrutiny folks still face for mutually wanting sex at an early stage can be unjust. Sex is still the most basic social human drive (pooping and eating  —  I hope  —  are solo activities).

For Hinge to call out folks who seek this basic human need first is dismissing our primitive nature (admittedly, an extreme point, but you get the idea).

I actually think the rebranding puts even MORE pressure on finding that special someone. With overly anxious Jewish mothers still lurking in the background for some of us, we already have enough of a burden.

The awfully grim brand Hinge is running with — this so-called “dating apocalypse” — overlooks the remaining pressure-free, serendipitous and magical moments endangered (but not extinct) in today's dating environment.

Yes, they still exist. And yes, bringing Matzah Ball Soup to them when they're sick counts.

5. No swiping would have sold us.

It's no secret the dating app competition out there remains trite. Every app nonchalantly adds weekly features to one-up the others. Music integrated in your interests. Expiring matches. The “Super-Like.” The list goes on and on.

Obviously, Hinge needs a revenue stream to survive, but in reality, boldly disbarring the DNA of online dating is enough to coax new users and keep existing ones engaged (including yours truly).

With Tinder, Bumble, J-Swipe, Whim and the other seemingly countless dating apps, swipe-less Hinge would clearly stand out amongst the herd (pun intended).

It could have been an advertiser's dream to play with the swipe-less brand. Instead, we're stuck with the company's new motto: “Rebuilt for Relationships."

As mentioned earlier, we Millennials barely understand what relationships are anymore. That, plus the alarmingly seductive picture of a woman naked under the sheets with the expression, “People who want what you want,” is awfully confusing.

Isn't the whole point of the upgrade to spur folks away from the doomsday scenario of a one-time hookup?

Look, sex still sells better than everything except Spike Ball and Trader Joe's Two-Buck Chuck, but c'mon. This is an ad promoting the exact “dating apocalypse” you're shunning users from exploring. (I think a couple delineating over an Instagram caption for their cooking class would have sufficed).

So there you have it, equally confused participants of online dating. Don't get me wrong, I'm sure many of you are reaping positive benefits from Hinge 2.0.

I, on the other hand, need to immediately move forward and look past this silly idea to …text my most recent Hinge 1.0 match.