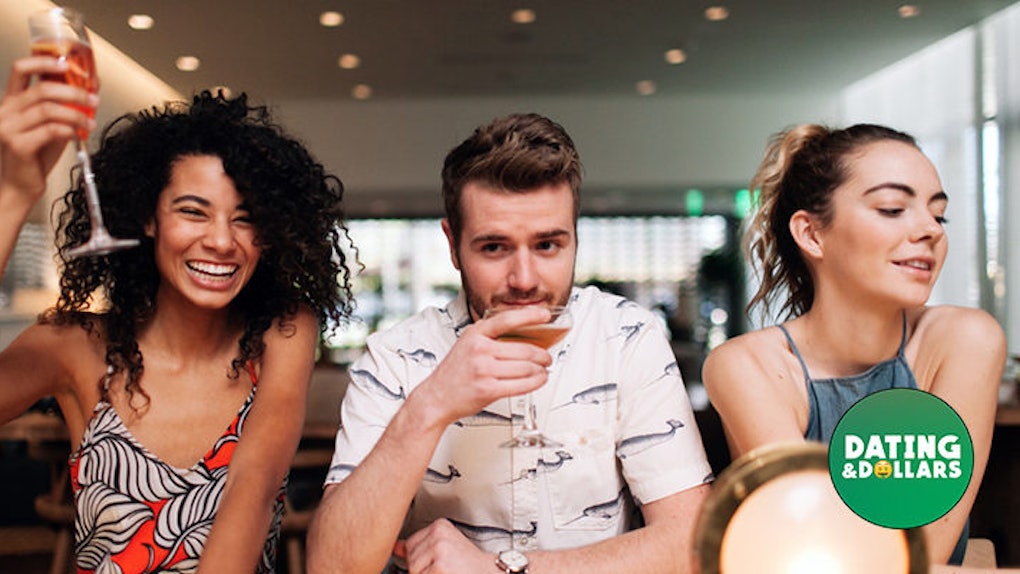 Guys Debate If They Should Pay For Their Girlfriend's Friends

You love your girlfriend, and you want to treat her like the queen that she is.  But does that mean treating your girlfriend's friends too when you're all out together?

Let me paint you a picture here.

You and the GF go out to dinner together (your treat, obviously, because you're a total gentleman), then she suggests that you go out for drinks with her one single friend.

The three of you are sitting at the bar having a grand old time... when the bill comes around.

Do you just suck it up and pay for everyone or make her poor single friend, Becky, foot her third of the tab?

I guess you could theoretically pay for yourself and have everyone split the tab evenly. But then you risk Becky telling all your girlfriend's other friends that her boyfriend is cheap.

UGH, HOW DO YOU WIN?

To get to the bottom of this conundrum, I asked around and got some very honest answers for you:

Unless you're all taking turns, it's not your job:

Unless we're all taking turns buying rounds the answer is not just no, but HELL NO. — Red_Swingline_

Or, you can avoid the situation entirely:

DO NOT go out with your girlfriend and her friends. Just pass. Face it, it's no fun, you wind up being 3rd wheel, she respects you less for putting up with all their shit, and they expect you to pay the fucking bill! Stop. If you can't bring yourself to trust her or to just say no, then refuse to pay any part of the bill. WTF. When she goes out with her friends, you go out with yours. Come on, man. — Mysecretpassphrase

Then again, it depends on the occasion:

Get me drunk enough and I'll buy anyone a few beers and or shots. I wouldn't plan on buying their shit but have been known to offer. Or if we're hanging out for their birthday then I'll probably pay their tab. — PJ_lyrics

And, it's OK to do it occasionally:

I'll buy a round here or there, but other than that no. — LilBoopy

If you've already set a precedent, stick to it:

I do, but that's because I have money and I already established the practice when I let my girlfriend invite them along on a vacation to my beach house. Can't say it bothers me, I just hope I'm not enabling them for when they are in other contexts. — kumesana

Or, you can be a total creep about it:

I'll sometimes buy a round, but then I'm usually the designated driver because I don't drink when I'm out, so they tend to ply me with cokes or mango juice - I fucking love mango juice. End up pissing like a shire horse. And it depends. Half the time it's an excuse to get a few minutes peace standing at the bar. Maybe check out some of the other women while I'm at it. Or strike up conversation with the bar-flies. Swings and roundabouts really. — His_Name_Was_Lola

You shouldn't do it just because "it's expected":

I've done that a few times because I offered. But that sort of thing shouldn't be expected. And I'd probably pretty annoyed if it was. — wastedfucking

I wouldn't do that, no way. Not even if I was trying to bang — ThePewterPeenor

(Side note: @ThePewterPeenor's girlfriend is one lucky lady.)

But if you're really in a jam next time you're out with her and her friends, I think the best advice would be to split it evenly. Or buy the round and tell the friend she can treat you guys next time.