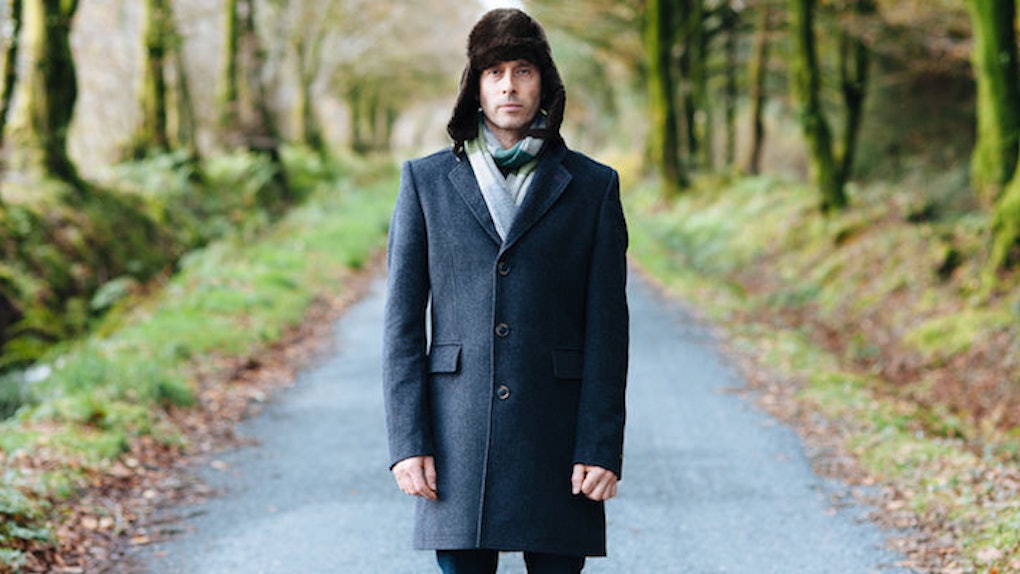 40 Reasons There's Nothing Worse Than A 40-Year-Old Tool

One fine evening, my work bestie was walking her dogs in the park. The sun had just set, and darkness blanketed the city. It was prime time for the creepers to come out and play.

Work bestie felt a tap on her shoulder, and she turned around to find an old dude in a pinstripe suit smiling at her with maniac eyes.

"Hi. I think my dogs like your dogs, and your dogs like my dogs," he said. "We should hang out."

There is nothing -- and I mean nothing -- worse than a 40-year-old tool. You know who I'm talking about: that middle-aged, dumb-faced idiot who still thinks he can get girls half his age, and who sticks out at the club in a sea of 20-somethings like a sore thumb.

Dating an older man may seem like a good idea, but the trick is to weed the good ones out from the ones who are trying to be your best friend (like the ones who actually throw around "BFF" as if it's a word. That's how aged they are).

Sure, the 40-year-old tool may have a ton of money, but he acts cockily (is that a word?), spends frivolously, and doesn't give a sh*t about you. He's always looking for the next best thing -- whether that's the most soul-sucking job with the highest pay or the hottest chick with the biggest tits.

Single ladies, throw yo’ hands up if you feel me: If you’ve ever been harassed by -- or dated -- a 40-year-old tool, I am terribly, terribly sorry. Here are the 40 worst things about him.

1. He thinks he’s doing a favor by asking you out. Because he has so much worldly ~experience~.

2. He wears plaid on the weekends because he thinks it’s the trendy thing to do. (When really, if a lumberjack father and a pedophile had a baby, it would look like him.) Stick to suits, jackass.

3. He isn’t discreet when he checks chicks out on the street.

4. He gives you hour-long lessons on that barrel-aged whiskey he got as a gift, because he thinks he’s a damn alcohol connoisseur.

5. He will never marry you.

6. He will never get married. Period.

7. He once compared the face of a 35-year-old woman to a fake leather handbag.

8. He has creepy daughter fantasies, and he can’t hide his deep-rooted issues any more than he can hide his slicked-back grey hairs.

9. He likes to be called "Daddy." And not the hot, smack-your-ass-and-pull-your-hair-in-bed kind of “Daddy.”

10. He gives you career advice. Thankfully, you're not dumb enough to take it.

11. And he tries to get you in bed by telling you your career is "cute."

13. He buys you tables at ~da club~, but never actually brings any alcohol to them. (He thinks you dancing on the couch in your heels is enough.)

14. He assumes you have major daddy issues. Okay, he may not be off the mark on that one, but he’s still a twat.

15. He constantly wants you to reaffirm his manhood by making you say that guys your age suck.

16. He’s always after the next model car/runway star.

17. He thinks that just because he doesn’t actually have any kids means he can act like one.

19. He drives a red Corvette with the top down. Also, he named it after himself.

20. He still parties like a frat star. Hate to burst your wrinkly-as-f*ck bubble, dickwad, but you’re 40.

21. He makes you lose faith in the idea that guys get better with age. Yeah, no. Sorry, ladies.

22. He says “That’s my jam!” when the radio plays a Drake song and raps all of the words, but he doesn’t know what any of them actually mean.

23. He got zero ass in college and is now spending his life trying to make up for it.

24. He’s mean to anyone who isn’t a banker/accountant or doesn't make a lot of money, because his brain is the size of his pinky-sized penis.

25. He legitimately thinks that women in their thirties are too old for him.

26. His favorite thing to say is “Don’t you worry your pretty little head about it.”

27. He genuinely believes you owe him something because he pays for everything.

28. He brags about how well his share in the Dow is doing this week. No one cares. Bye.

29. He likes showing you off to his friends, and it’s depressing for the both of you.

31. He tries to woo you by buying you overpriced vodka.

32. He’ll eat only at Zagat-rated restaurants, but he won’t tip like a Rockefeller.

33. He thinks pickup lines from the '80s will still get him laid.

34. Whenever you disagree with him, he says, “You’ll understand when you’re older.”

35. He still isn’t good in bed, and the number of minutes he can last is indirectly proportional to how many decades old he is.

36. He is incredibly condescending and thinks it’s okay.

37. He feels completely inadequate next to his friends, which makes sense, because they're actual adults.

38. His hair is thinner than you when you’re in the middle of your third consecutive juice cleanse. (If he’s so f*cking rich, why can’t he afford a bottle of Rogaine?)