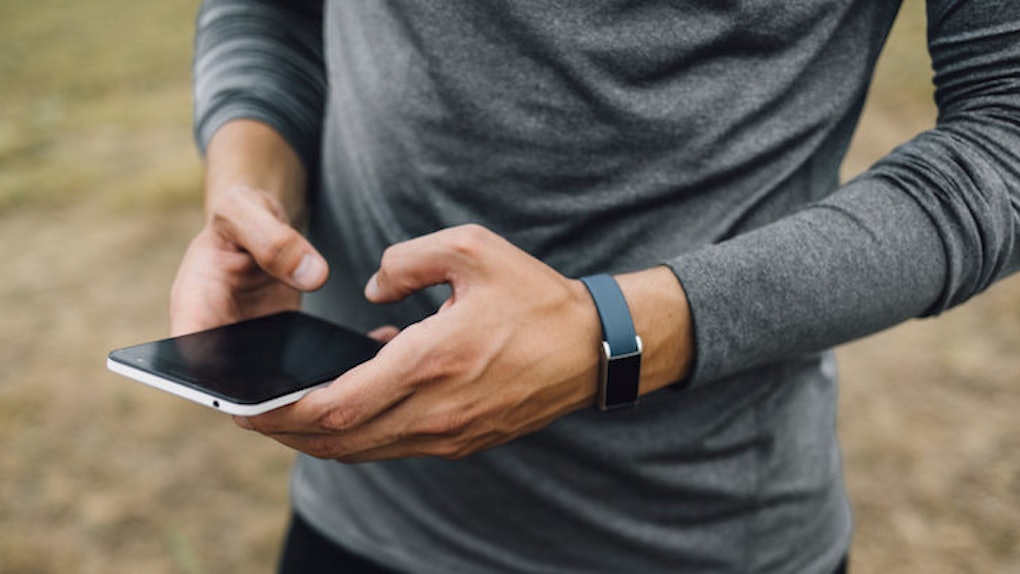 F*ck The Stigma: 5 Reasons I'm Not Ashamed Of Being On Grindr

The other day, a couple of friends and I were drinking some matcha lattes.

(We’re not as bougie as that sounds. We just like the flavor, so quit judging us.)

Anyway, we were talking about Grindr, the different people we’ve met on there, the hookups, the guys we had to block and the overall shenanigans that ensue when you’re alone in your room on a Tuesday night with Grindr.

One of the guys couldn’t believe we were talking about it so freely and being so honest about our interactions on there.

Well, my friend and I couldn’t believe he was so taken back by it.

Like seriously, we use it, so why not talk about it?

Now, I don’t know Grindr’s metrics, but I do know that anytime I log on in any part of NYC, there are hundreds of guys on there.

So, lots of people are using it.

If everyone’s doing it, why in the hell can’t we talk about it?

You go to a bar, get drunk and have a one-night stand, and no one really demeans you for that.

I don’t see a difference.

So, I’m here to say that I use Grindr and I'm not ashamed of it.

Better yet, here are five amazing reasons I use it:

Where else can you see a plethora of mostly half-naked guys in thumbnail version, just waiting for you to talk to them?

The best part is, some of the guys are so pretentious and b*tchy that just talking to them is pure entertainment.

The headlines are amazing, and I bet the head writer for "The Mindy Project" couldn’t even come up with the hilariously ridiculous sh*t some of these guys come up.

Here are a few on my screen right now:

Don’t judge a book by its cover… Read the back first! Then dump it! Drinks?

WTF does that even mean?

Committed to my dream man, but open.

Committed, just not that committed

No Fat, No Fems, No Chocolate, No Rice

So basically, you like masculine, muscular, white guys? Go f*ck yourself.

And those are just a few examples of the comedic gems you will find a daily basis on the wonderful app known as Grindr.

2. You can actually meet great people.

I’ve met quite a few people off of Grindr.

Some were complete duds, some were only good for their purpose of being there and others were amazing people I still talk to today.

This is the most amazing thing to me about Grindr.

Everyone thinks the people on there are these sex-crazed, filthy, disgusting individuals. You’d be right, as there are those on there, but not everyone is.

There are people like me and the people I’ve met, who are normal guys just “looking.”

I actually met my last boyfriend on Grindr. He was a wonderful person, and Grindr just happened to let me know he had moved to the area and lived 875 feet away.

3. You know exactly what's it there for.

You can legitimately use Grindr for whatever reason you would like.

You can chat, date or hookup; the possibilities are endless.

Yet mainly, it is a hook-up site, where guys message others who are close by and would like to meet to engage in some sort of sexual activity.

For most guys, it works, so it does its job.

What’s there to complain about?

This is probably my favorite reason and the reason that makes the most sense.

I’m a grown-ass man, and therefore, I can do whatever the f*ck I please.

There’s absolutely nothing abnormal about two grown men in their 20s engaging in safe, consensual sex.

Sex is a natural part of life, people. It’s something that as humans, we are innately inclined to do.

We have hormones, they run wild and we act on them.

So because I am an adult, I choose to act like an adult and engage in adult activities.

I have some really great gay guy friends, and we do lot of things together.

One of things happens to be sitting down at coffee talking about Grindr. Most of my friends (not all) are on Grindr, and like me, they are also not ashamed of it.

It almost makes it more fun that my friends are on there, partaking in the same enjoyment I am.

There are five reason why I’m on Grindr, why I openly talk about it and why I am completely not ashamed of it.

If you yourself are on Grindr and embarrassed people will find out or know, get over it.

To those who judge and belittle those on Grindr, go f*ck yourself.

There’s absolutely nothing wrong with expressing your sexuality.

When we as a community stop demeaning each other, then maybe it’ll make it easier for the young gay kids out there to accept themselves and not be afraid to also explore their sexuality.