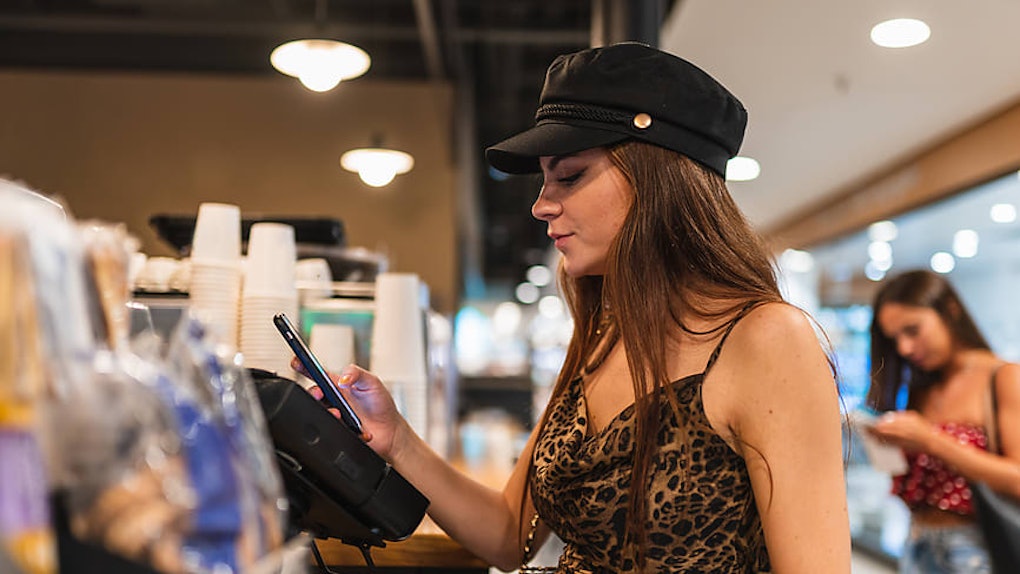 Guys, Here's The Reason No One Is Responding To Your Messages On Tinder

You message her. She doesn't write back.

You message another woman. No response. The guy you matched with last week isn’t writing back either, and at this point, you’re asking yourself what the heck is going on. Did the algorithm change on the dating app you’re using? Is something wrong with your profile? It’s super frustrating to feel like you’re shouting into the void on dating apps, but before you delete them all in a fit of rage, breathe. I spoke with two dating experts to understand why no one is responding to your messages on Tinder, and it turns out, it has nothing to do with you.

According to Eric Resnick, professional dating profile writer, 26% of the users on swipe-based dating apps like Tinder are just there to look at profiles for entertainment purposes. “Many of these people just swipe without any intention of communicating with you,” Resnick tells Elite Daily. “Some are just swiping mindlessly to get to the next profile.” Joshua Klapow, Ph.D., clinical psychologist and host of The Kurre and Klapow Show agrees, saying that for many people, swiping on dating apps is all about volume. “This is not an intimate, interpersonal process,” Klapow tells Elite Daily. “It is about finding as many possibilities as possible with the hopes of finding, within the possibilities, someone they are interested in.”

Basically, for a lot of folks, swiping back and forth on dating apps is nothing but a numbers game. Resnick compares it to a “video game with a drug delivery system. It’s designed to keep you swiping in hope of that little match screen. Every time it pops up, you get a little hit of dopamine to the pleasure centers of your brain. From that point, you are pretty much just chasing a high.” This “high” can be a major bummer for those who swipe thoughtfully, especially because so much of successful dating has to do with really giving people a chance. It’s tough to tell whether or not you’ll really like someone until you spend some time talking to them, and then meeting them IRL. When it feels like all anyone’s doing is swiping back and forth mindlessly, it messes up the experience for everyone involved. The swiper isn’t giving themselves the chance to get to know anyone, and the person who’s overlooked doesn’t get a chance to make any sort of impression.

Nevertheless, don’t take it personally. If it really is just a numbers game to some users, that probably means they’re not really giving your profile a fair shot. And if that is the case, try not to see it as a personal rejection. This is quite literally the epitome of, “It’s not you, it’s them!”

Another very real reason why someone might not be responding to your messages on dating apps is because the messages you’re sending could be on the stale side. Granted, it’s super tempting to send a “Hey” and call it a day, but Resnick encourages dating app users to try and really give someone’s profile some thought. “The best move is to ask them a question about something in their profile,” Resnick says. “First messages should be questions that can’t be answered in a yes or no.” If someone you match with calls themselves a “coffee aficionado” in their bio, ask them, “How do you like your coffee?” If they claim their fondest childhood memory was vacationing with their family, try “Where’s the best place you’ve ever vacationed?” The possibilities are endless here.

If you’re worried the reason no one is responding to your messages has more to do with you than it does with them, stop right there! Remember: You’re a total catch, and anyone would be lucky to match with you and chat. There is nothing wrong with you, and you shouldn’t have to change yourself or your profile to attract a match. The right person for you will be attracted to exactly what you have to offer.

Klapow says to ask yourself: Do you want a message back, or do you want someone to be really interested in you? “If you’re using a dating app to get validation from the number of messages or matches, then you can be as inauthentic as you like. However, if you want to find someone who is truly interested in you, then message them with how you feel about people and life. Make your profile reflect how you see the world and what you love about it. Be positive and optimistic, be truthful and compassionate. Do you, and the messages you do get back will be more authentic, more aligned with who you are, and more often than not, a better match.”

This article was originally published on Feb. 8, 2016