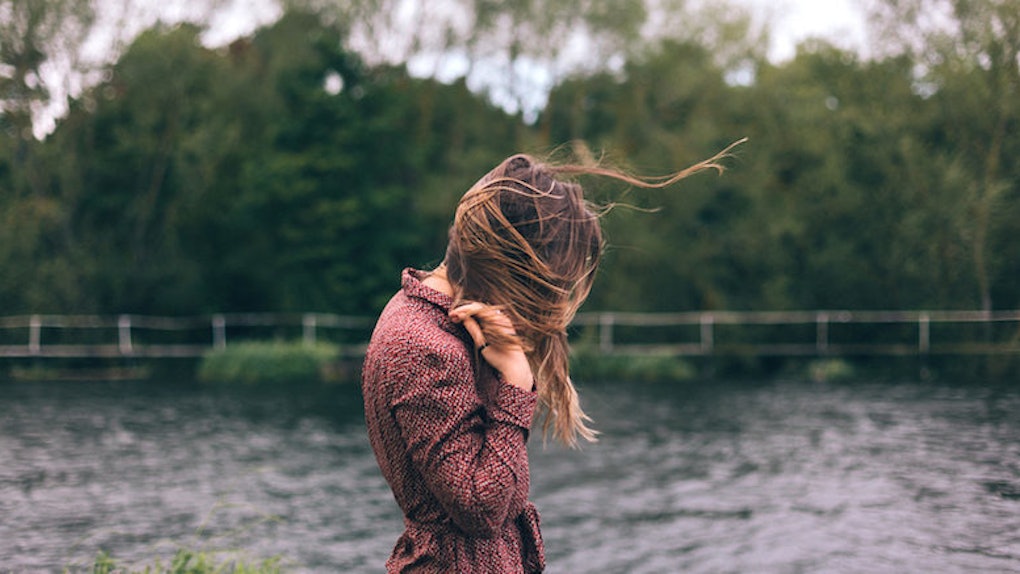 When someone breaks up with you, your ego shatters into tiny little pieces.

Your heart does too, especially if you've reached that heightened level of feeling.

You are either going to find yourself pacing around the house and screaming at furniture, or ugly crying for days.

But what if I told you there's another option? The best way to get over a breakup is to sleep with his best friend.

I'm kidding! Don't do that.

The only time that's acceptable is if his best friend is Tom Hardy. Only then will humanity understand.

Now, seriously: The best way to get over a breakup is to understand what went wrong. And in order to do that, you have to objectively analyze your relationship.

First, take a minute to analyze your feelings.

Are you in love with this person, or are you just mad he had the "audacity" to break up with you first?

If you're just mad, then girl, you need to accept it and move on.

That relationship was going nowhere, and you were just postponing the inevitable.

If you're actually in love with him, ask yourself these two simple questions:

If your answers are "duh" and "yes," it's probably not your fault.

Maybe the two of you are not compatible enough. You don't share the same basic values, or your personalities clash.

It's hard when you like "Harry Potter" and he likes "Lord of the Rings." The point is, neither one of you is the bad guy. Some relationships are just not meant to be.

So wipe those tears, grab a glass of wine and binge-watch "Homeland."

It's Carrie Mathison's job to ugly cry, not yours.

Now that you've analyzed your feelings, it's time to analyze his behavior as objectively as possible.

The emphasis is on actions, not words.

Did he treat you well? Is he your equal? Can you rely on him? Did he make you happy?

If the answer to one or more of the questions above is "no," wipe those tears again and say good riddance.

We tend to become obsessed with guys who broke up with us. We hope that one day, our ex is going to realize what a big mistake he made, and will beg us for another chance.

But what if he doesn't come back? Does it make sense to feel like we aren't good enough and blame ourselves forever?

Let's not forget we're talking about the guy who didn't treat you right, the guy who broke up with you through text or email, the guy who couldn't keep it in his pants and the guy who has some serious growing up to do.

Just because someone breaks up with you, it doesn't mean he or she is better than you. Most of the time, it's the other way around.

Don't blame yourself and don't put him on a pedestal just because he was the first one to leave. Bad people break up with good people all the time.

See it as a positive thing: This toxic person is finally out of your life.

You have nothing in common with that guy, and the fact that you're not his type should be proof enough that you deserve better.

We all know opposites attract, but we also know those opposites break up eventually. Or worse, they don't break up even though they're miserable together.

You shouldn't settle for that.

Don't let the fear of being alone make decisions for you. Being alone feels less lonely than being in a relationship with the wrong person.

After a while, you'll realize breaking up was a change for the better, and you'll be able to move on.

Now that you know your worth and have learned your lesson, leave the bad memories behind.

There are amazing people out there who will appreciate what you can bring to the table.

I promise you this.