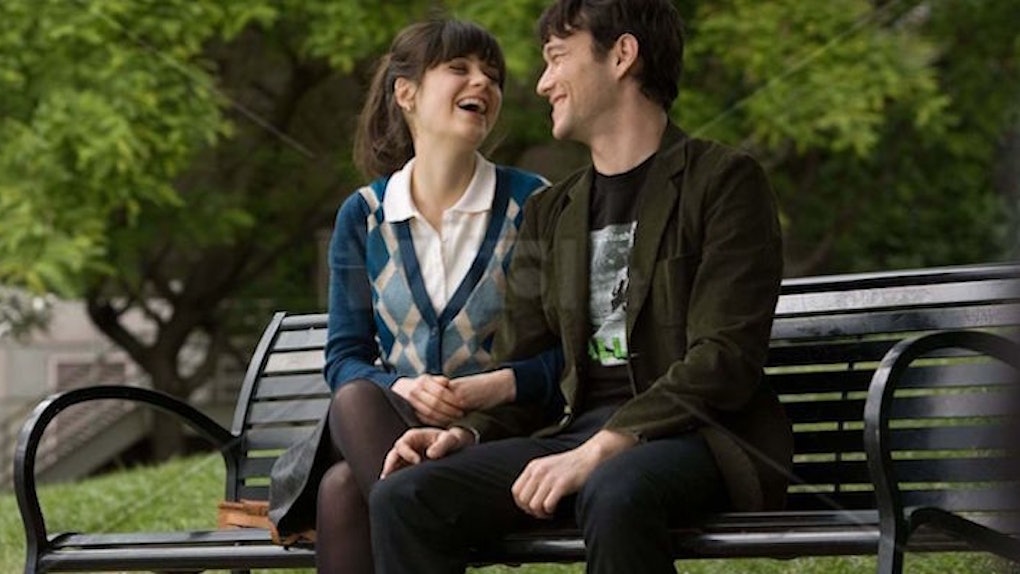 5 Signs You're Dating Someone Who's Nice, But You're Just Not That Into Them

One time, a few years back, I met this AMAZING woman. Let's sweetly call her Maria.

We met on a dating app right when dating apps first started. I was instantly drawn to her profile. She worked in the arts! She loved Wes Anderson movies! She was a raging liberal like me!

I met her during a snow storm, and since I'm a pale-skinned, raven-haired, all-black-wearing, winter-loving bitch, I couldn't have thought of a better place to ignite a romance. (Have I  mentioned I get ahead of myself easily?)

When I met her at the bar, my eyes lit up like Christmas lights. She was my type head to toe: pressed and fitted blazer; chic, pointed black boots; attire made up of only dark, muted tones.

Throughout the two-hour span of our date, I delved into conversations deeper and more complex than conversations I have with friends I've known my entire life.

I could tell she inherently understood me. I could feel she really respected my career. I could sense our taste was cohesive in everything: food, books, art, decor.

"I had the best date," I gushed to my mother on the phone on the taxi ride back. I watched the little snowflakes gracefully fall onto the top of the passing cars as the cab whizzed up 5th Avenue.

"So what was the goddamn problem, Zara?" I can hear you aggressively ask through my dirty laptop computer screen (I might be projecting).

OK, OK, I'll spare you the details. You don't care to hear about the snow falling.

Here was the problem: I just wasn't that into her.

Love chemistry is a cruel, fucked up thing. It can prevent you from having healthy relationships.

And sometimes, no matter how badly we want to LIKE someone, we just physically can't.

Girls, I know it's frustrating. The perfect-on-person paper is rare to find in the flesh. And it's heart-wrenching when you find one and just can't get into them.

But if you're dating someone who happens to be kindest individual on the planet, but something deep down inside of you isn't interested, then I say, babes, you owe it to him or her to break it off. NOW. So these lovelies can move on and be with someone who is effortlessly into them.

Otherwise, you will stay with them and resent them and become really mean to them. (I might be projecting my own shit again, but you know what I mean.)

Here are five crucial signs that you're dating someone who's nice, but darling, you're just not that into them:

1. You hold your breath when you kiss.

I first realized I wasn't into Maria when it came down to the first kiss on our second date. I closed my eyes, praying that I would feel something, anything, please dear GOD — and I did feel something, kittens. What I felt was the urge to repress my own vomit.

She tasted terrible. It wasn't that she had bad breath. It wasn't even that she was a bad kisser; her technique was fine.

But something about her chemical makeup did not jive with my chemical makeup. She probably tasted amazing to other women, but because I wasn't that into her, her taste was so vile that I had to be wasted when I tried to kiss her again.

Which leads me seamlessly into point 2:

2. You find yourself having to get wasted to hook up.

When I was with Maria, I couldn't stand the way she tasted, but I wanted to like it so fiercely. She was the answer to all my hopes and dreams, so I had to get it together.

The only solution was to drink my way through our hookups. The hazy filter of booze was the only thing that made kissing her tolerable.

"I just want to wait to have sex. You know, until we've really gotten to know each other," I smugly said to Maria one night, fully believing my own lie.

"I respect that," Maria said, her green eyes glistening like a heavenly angel. Because she really was that nice. Nice people don't pressure girls to have sex.

OK, ladies, let's all get real with our bad selves. We can talk all day long about how we're going to hold out on the SEX. Until BAM, we've met someone we're so epically drawn to, and so magnetically into, that it feels impossible to not jump their bones every moment we're graced with their presence.

Every single time I catch a friend of mine being a super nun-like prude about a new guy or girl she's seeing, I know what the real deal is: She's not that into them.

Sexual attraction turns even the most prim of girls into total sex goddesses with libidos bigger than the earth itself.

4. Their stench is not a sexy stench. It's vile.

When you're really into someone, it's so animalistic that you're drawn to their scent.

I'm not talking about their $300 bottle of Tom Ford cologne either. I mean, you could stick your face in their armpit and become beautifully intoxicated by their pheromones. It's science. It's a mating call no mammal is safe from.

However, when you're with someone so lovely and so sweet and so nice, but you can't stand the smell of their BO, you're just not that into them, babes.

Trust me, you can't force yourself into loving someone's natural smell, and if you're going to be with someone long-term, you need to love their true scent.

Because eventually, that Tom Ford fragrance will run out. And you might not be able to afford to buy another bottle.

5. You're really funny and charming around them all the time.

The hard fact from your big lesbian sister is this: When you meet someone and you're totally ON — like, telling hilarious stories and charming the pants off of them and really just being the BEST version of yourself — you're not that into them, poor kitten.

Because if you're super into someone, you lose your cool entirely. You're the most uncool version of yourself.

I know the moment I shut down and am fumbling for words and feel like my personality has completely evaporated that I'm screwed. I've got a crush.

That's what's so infuriatingly awesome about crushes: They strip you of your power. And while that's sexy because it's a thrill, it's annoying AF, too.

So if you're on a date, you're being really witty and you're not even nervous at all, I hate to break it to you, but you're not that into this person, babes. Break it off before you break a heart.

And breaking the heart of a nice person is the worst kind of karma. The universe will always level out the playing field. That kind of reckless crushing of a heart will come back to haunt you.