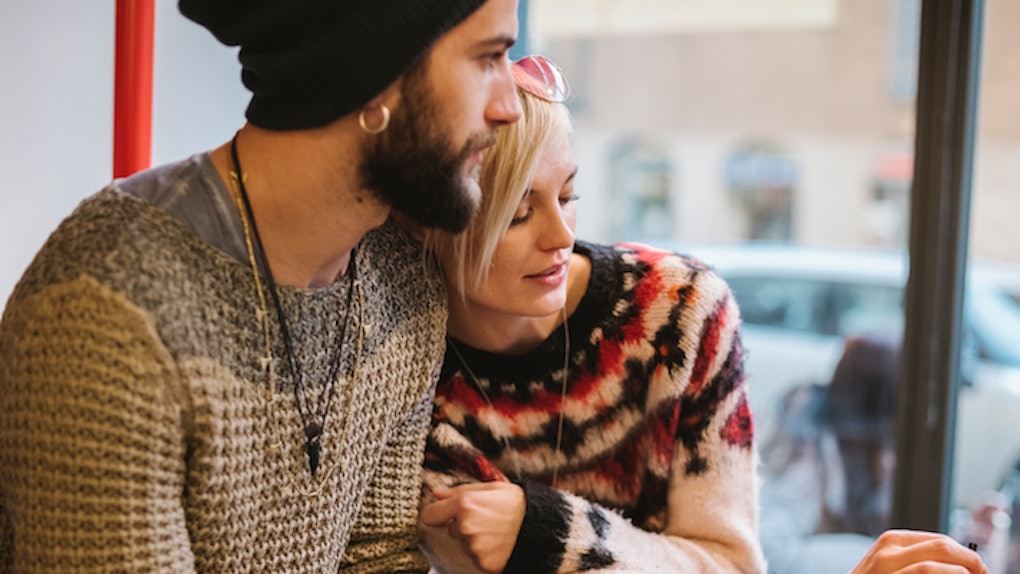 Why 'Mooning' Isn't Any Better Than Getting Benched Or Ghosted

Ladies, let's put ourselves in a guy's shoes for a minute. More specifically, put yourself in the shoes of a guy who just isn't that into you.

So, naturally, when his phone dings, he might be disappointed (or even annoyed) to look down and see it was you texting him and not the other babe he's way more interested in.

If this keeps happening, he's probably going to moon you.

"Mooning" is the new ghosting, and the term "mooning" refers to that half-moon symbol on the iPhone which signifies the user has set their incoming call and text notifications to "do not disturb."

The thing about mooning, though, is you can turn your notifications off, yet still keep your incoming text and call notifications on for those you actually do want to hear from.

So, you can pretty much tell your iPhone to moon those you don't really care about, and still be notified when whomever you actually want to hear from messages you.

In other words, he's obviously going to moon any woman he's benching because he doesn't really get excited when he sees a text from someone he would prefer to not get texts from. He doesn't really want to talk to these women. They're on the bench for a reason.

Mooning is another word for "ignoring," and it's just one more way men can successfully and easily bench women.

Apple probably meant for this "do not disturb" feature to be used by important, busy businessmen and women who need to get some sleep, and don't want their phones waking them up with unimportant calls. So, these execs set their phone to "do not disturb" and turn notifications on for their important business partners who they simply cannot miss a call from.

Well, Apple, Thanks a lot. Men are using this feature for all the wrong reasons. They're using it to keep certain women at arm's length instead of just being honest about how they really feel.

There isn't much of a difference between mooning and ghosting. I suppose with mooning, you've mooned that person because you don't have any sense of urgency when it comes to getting back to them.

The mooned aren't that important. But maybe you will get back to them eventually, when you're bored in a waiting room or something. Maybe you don't plan on ghosting this person, but they certainly aren't a priority. This dating trend is therefore just as bad as -- and very similar to -- ghosting.

Being benched, mooned or ghosted all have one something pretty major in common: All three dating trends prove you're being rejected by men and that these men just aren't feeling it with you.

You may not know that you're being mooned because it's not like your iPhone will notify you that your crush has set you to "do not disturb."

You will, however, know when your crush isn't being very responsive. You'll be able to tell if he's into you or not. Your instincts are almost always right when it comes to stuff like this, so if your gut is telling you he'd probably be behaving differently if he was into you, you're probably right.

I always say if you find yourself wondering, waiting, becoming anxious or questioning a man you're seeing in any way, you've actually already answered your own question.

He's probably into someone else, not you.

If it was you he wanted, you wouldn't find yourself having these types of questions. You wouldn't wonder if you're being benched or mooned or ghosted. You wouldn't complain that he's so "mysterious" or that he's giving you "mixed signals." No, you'd feel confident if he was all about you because he'd make it known.

When a guy likes you, you'll be able to tell. You'll know. Remember that.