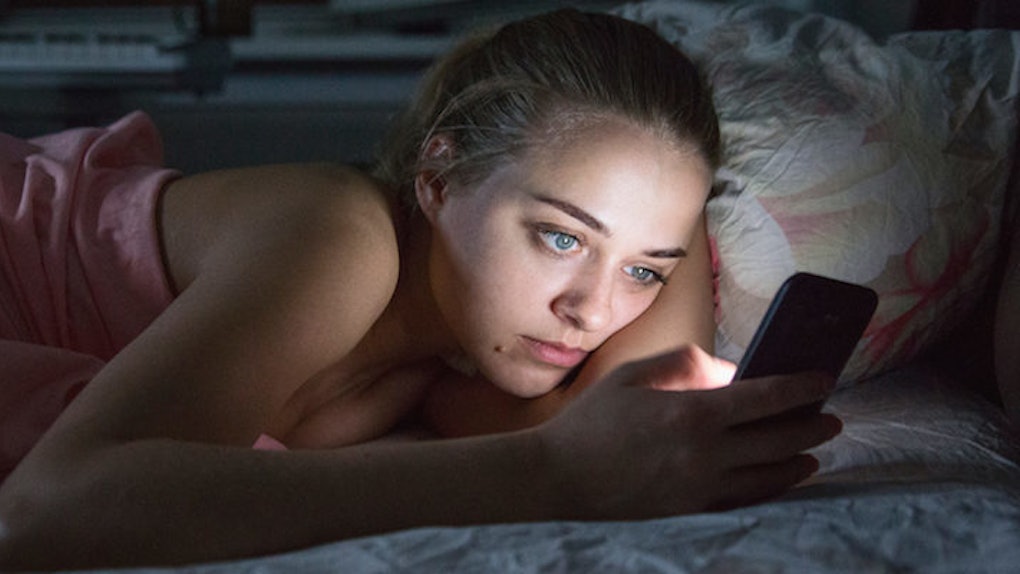 Ghosting Has Reached A New Low And It's Called 'Mooning'

You've most likely been mooned. You're probably being mooned right now. And you shouldn't be OK with it.

It's the new form of ghosting, and it's way worse than having a big ol' naked ass shoved in your grill.

Mooning is the term coined by those who switch their iPhone to the "Do Not Disturb" option, according to GQ.

It's named after the half moon symbol that appears on the top right-hand side of your screen.

When enabled, calls and alerts that arrive while the phone is locked will be silenced. But you can make exceptions for special people in your life and allow their calls and other notifications from them to show up.

In reality, mooning is the ultimate digital middle finger, and you probably don't even know it's happening to you.

So how do I moon?

It's simple. Go to "Settings" on your iPhone and head to the "Do Not Disturb" option.

Once inside you'll see the option to switch on the "Manual" button.

When "Do Not Disturb" is enabled, calls and alerts that arrive while locked will be silenced, and a moon icon will appear in the status bar.

OK, but it only works if you use WhatsApp.

Basically, there's a way to read messages without the other person knowing you've read them. In other words, the person who sent you the message won't receive the double blue ticks that notify when the recipient has read it.

Say you get a few messages sliding onto your locked screen. All you have to do is drag up the mini menu and switch your phone to airplane mode.

Then you can read the message without the other person knowing you have. After, however, you've got to turn off your phone, turn it back on then take it off airplane mode.