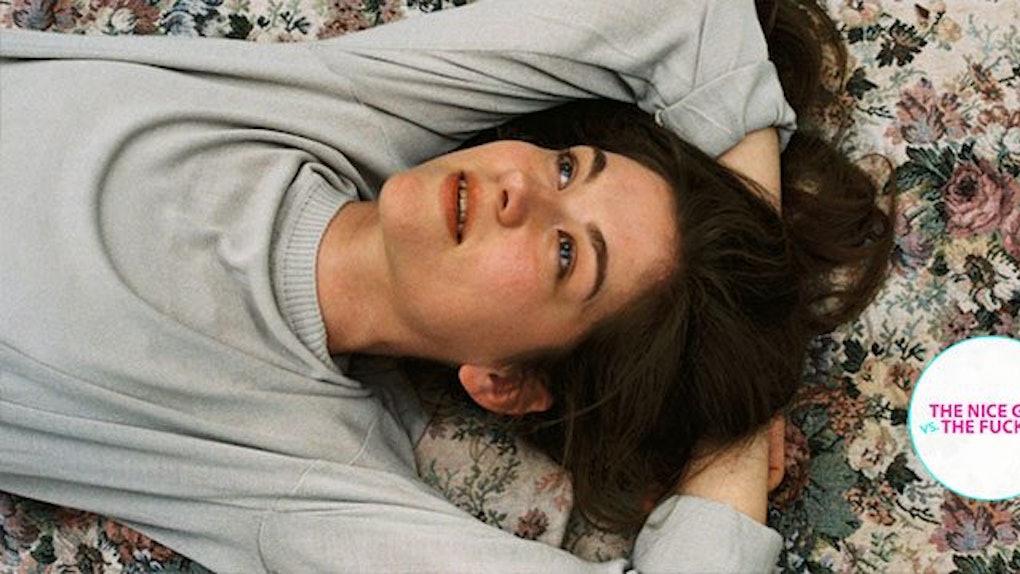 Here's Why Missing Someone From Your Past Is Super Risky

So I have a problem that has left me feeling stuck in a rut.

I dated this guy for almost five years. He was my first serious relationship and the person I lost my virginity to. I was completely in love with him, and even when we fought, it always ended with us making up in aCategoriesshort period of time.

We had a type of chemistry I have yet to find with anyone else, and it lasted the entire relationship — never wearing off.

Unfortunately, we had a falling out. We were in a "break" stage for a few months, before we discussed moving on. I was crying, and so was he, but we decided to see other people.

Shortly after, I tried to move on with someone else, but after about three months of being apart, he invited me over for dinner to tell me he wanted to work things out and that he even would go to counseling to help us work it out. I was excited and felt so ready to try again.

However, when he found out I had slept with someone else that same night, he flipped out. He told me to leave his house and started telling everyone I was a cheater.

It broke my heart because I did not cheat, but he honestly felt like I did.

After that, he refused to see me, talk to me, acknowledge me, etc. He blocked me on all social media and his phone.

I did not cheat, but he honestly felt like I did.

He got into another relationship, and after a year, he proposed to her. The engagement recently ended, though. (I don't know why.)

I am in a new relationship now, but nothing has ever been like my relationship with my ex. I just feel stuck — like I can't get over it. It's been almost two years since our split, but I still could not imagine my life with someone else.

About six months ago, I reached out to him, but he ignored it. Now that he is single again, and my relationship is getting more serious, I feel like I need to figure this out.

I appreciate my new boyfriend, but it is just not the same, and I don't think it ever will be.

How do I reach out to my ex and not scare him or push him away? I want to try and reconnect now that time has passed, but I am scared of my efforts being ignored or looking desperate.

If you still have unresolved feelings for your ex, you shouldn't be stringing this new guy along for kicks. It's not fair to him if he's committed to you, and you're still thinking about some other guy.

As somebody who's been there — I was told I had to be OK with a past girlfriend talking with her ex — this kind of thing hurts to no end and often leads to a reluctance of commitment on both ends.

Your man has become a placeholder, and that's a position meant for a coat at a movie theater, not a person.

So to start, I suggest you take a good, hard look at your current relationship and weigh it with the prospect of you reuniting with your ex, who sounds like he still might share these feelings for you.

Take a good look at your current relationship and weigh it with the prospect of reuniting with your ex.

He just comes across very emotionally immature, which is evident in his reaction to you sleeping with somebody else and could be the reason his sudden engagement didn't work out.

Ask yourself: Is ditching what you currently have worth this fairy tale you claim to share with your ex?

If the answer is yes, act on it. Break up (but be nice about it) with your current beau, whom you clearly aren't in love with, and go for gold.

Your ex might be able to ignore your texts and phone calls, but he won't be able to avoid a face-to-face confrontation. You guys need to have this conversation in person, even if it ends up being for closure.

Though his reaction to you sleeping with somebody else the same night you broke up was definitely overkill, most people would feel the way he had — they just wouldn't have been so vindictive about it.

Is ditching what you currently have worth this fairy tale you claim to share with your ex?

There's an unspoken rule about breaking up that you must allow for a grieving period before jumping into something else. The shorter this period lasts, the more likely your ex feels that they meant nothing to you.

While this might not be true in every case, it's the way these things are perceived sometimes.

Besides, to sleep with another guy the night of your breakup is super quick. I understand this was likely an emotion-driven result of heartbreak, but it was a bad call.

He's only saying you cheated to justify his anger and the impact your actions had on his pride, but I'm confident he knows what you did wasn't technically “cheating.” It was just close enough to be married to the general terminology.

I don't know why, but I do think things can work out with your ex; it's just going to take a lot of mending.

You shattered his heart, and, in the same way you went and slept with another guy right after, his emotional reaction was to propose to someone else after a year of dating.

I don't think his split is a coincidence. I believe both of these instances could relate to these unresolved feelings you both still have for each other.

But, to give you the most sound, universal advice possible, I must also play devil's advocate here and say this connection with your ex could be a side effect of “puppy love.”

In case you're unfamiliar, this a term commonly given to youngsters when they fall deeply and foolishly in love. This relationship is filled to the brim with nothing but butterflies and rainbows.

But this is often the result of a lack of dating experience.

There's a good chance that you, like many of us tend to do, are romanticizing this relationship with your ex — not only because the relationship was a lengthy one, but also because he was your first love and the man you lost your virginity to.

We all feel an innate connection with the first person we had sex with (except me, a guy who lost his virginity on a beach in Cuba, gave the girl my number and never heard back). This storied connection could be a beautiful illusion you've painted in the two years since you've split.

There's a good chance that you are romanticizing this relationship with your ex.

Because he was your first love, I'm assuming you were both quite young at the time (maybe even high school?), and relationships back then are so easy and uncomplicated. Do you think if you got with your ex now that you're both older and have growing responsibilities, you could continue as you had two years ago?

Things will definitely be different; you will not have that same relationship you had back then. But that's not to say it won't be worth it.

Though you never really mention why you broke up in the first place (which really could have helped here), I want to believe that things will work out with this guy.

So what you do from here is up to you: Do you stay with the guy who's comfortable, but whom you're not in love with, or do you risk everything and take a shot at true love?

If this sounds like you're living in a romantic comedy, it's because you are.

So whom are you going to choose?

You'll need to tread carefully, whatever you do, because you're fighting an uphill battle with betrayal... or at least perceived betrayal. And perception is really the root of all betrayal.

It doesn't matter what you did or when you did it. The problem here is he considered it a breach of trust.

What I'm saying is, it's messy. Your shit's fucked up.

What I'd recommend is not convincing yourself the reconciliation is likely to happen. Put yourself in the mindset that allows you to realize this is a long shot, not some fairy tale or something that's meant to be.

Nothing is meant to be — that doesn't exist.

So don't get your hopes up because, while there are many things insecure men can get over, cheating (or perceived cheating) isn't likely one of them.

There is good news: If he doesn't want to get back with you, what changes? What's different if he ignores the text, the corny card you send, the heartfelt letter you write or the forgiveness flowers you have delivered?

Even if that happens, you gain closure. I think you should try. Either way, you win.

You losing him was the consequence of your actions.

If I were you, I'd wait for a day that doesn't seem suspicious — like something other than a birthday or anniversary — to reach out, and then, reach out innocently.

Say something vague about wishing you could stay in touch, how you miss his dog or how you're sorry and, hell, you know this won't fix anything, but maybe you could buy him a Frappuccino.

This is the Trojan Horse approach – a classic fuckboy move. If you tread lightly enough, it works.

Even if it does work, you should also probably remain open to the possibility that you don't actually want to be with your ex anymore.

I've gone out with exes after years apart, just to catch up and maybe reconnect. And more often than not, I realize we're not really the people we were when we knew each other anymore. Our lives have changed, our personalities evolved and our wants and needs morphed.

We may have been good for each other in that particular moment in time, but time marches on.

We have a tendency to keep ideas in our minds of the way people were, instead of acknowledging who they've become and whether the updated versions of ourselves even need them at all.

We have a tendency to keep ideas of the way people were, instead of acknowledging who they've become.

Maybe you're better than him now, and maybe someone better is out there for you. Why not go try finding him?