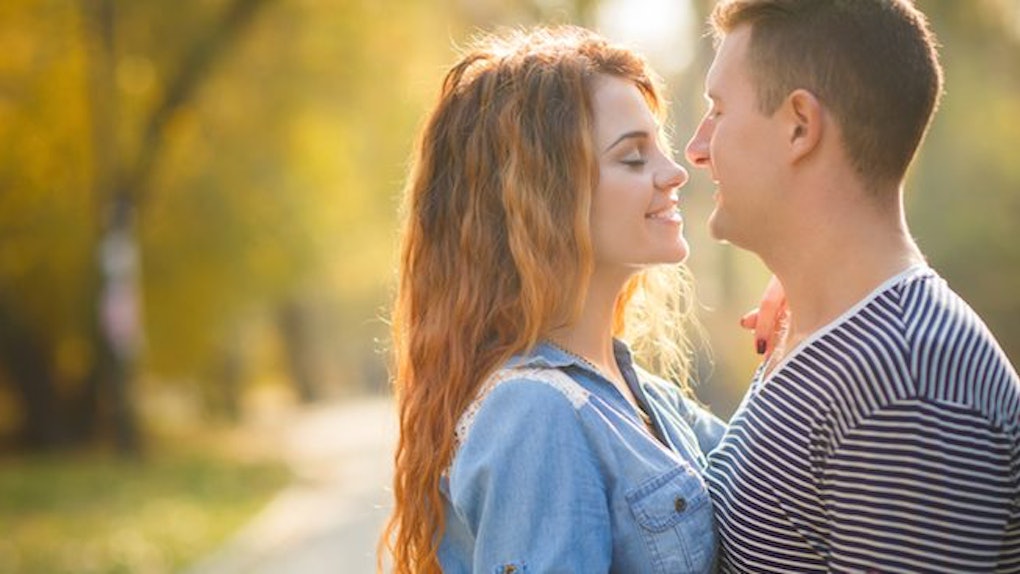 Men Share What They're Thinking When They Stare At Women

So you're on the subway and this cute guy in the seat across from you will not stop staring.

Your mind immediately starts racing with potential explanations for his behavior.

For one thing, he's sitting directly across from you so technically, he has no choice but to stare at you... but where's the fun in thinking that?!

It's much more exciting to let your mind wander. There's a chance this guy actually likes you and thinks you're hot and wants to date you! Obviously, that's my personal favorite thing to imagine.

On the other hand, there's the whole he's-plotting-my-demise option.

BUT HOW DO YOU KNOW WHICH IS WHICH? HOW DO YOU EVER KNOW WHAT'S GOING THROUGH A DUDE'S HEAD, LET ALONE WHEN HE'S STARING AT YOU IN DEAD SILENCE?

While I might not be able to speak for the hot guy from the subway, these guys explain what's going through their heads when they stare at random women and their answers are pretty dang interesting.

This guy has a whole range of thoughts going through his mind.

It's one of two options as far as this guy is concerned.

Don't flatter yourself, you just walked in front of this guy.

This guy's staring had him forgetting where he was.

Just one word and one word only is going through this dude's head.

Staring is usually a total accident for this guy.

There is not one thought in this guy's head when he stares.

This guy may think you're cute, but don't get too excited.

When this guy stares, he's making up his mind.

This guy can't help but be memorized by your beauty.

This guy's patiently waiting for you to send a signal back.

And then there's this creep, whose stares you should avoid.

For the most part, it seems like his staring at you probably means he thinks you're hot. So take it as a compliment!

That is unless @JLHumor isn't the one staring at you. In that case, run.