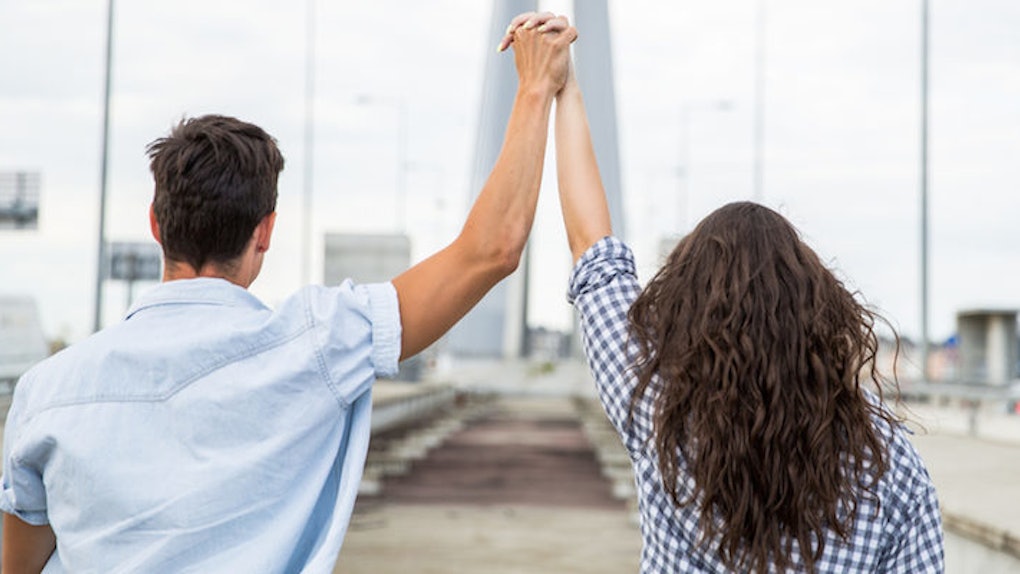 6 Totally Selfish Reasons Guys Can Benefit From Being Feminists

If trying to prevent 50 percent of the Earth’s population from being constantly objectified isn’t a good enough reason for you to support feminism, don’t worry.

There are plenty of great, totally selfish reasons to get on board with feminism: you know, the kind of reasons that directly impact your day-to-day life.

If you really think about the six points below, you might start to realize that identifying with the F-word might not actually be undermining your manliness.

I mean, calling yourself a male feminist can’t make you more of a bitch than not supporting feminism just because your friends might make fun of you, right?

Because that would really make you a bitch.

1. Slut-shaming is hurting your chance to score.

I’m talking about that whole idea of a woman being devalued based on her sexual frequency.

Bros, if we’re talking big picture, slut-shaming is counterintuitive to you getting laid. When you call a girl a “whore” or a “slut,” you’re perpetuating the idea that girls should have less sex and maintain some backward idea of “purity.”

Just like most men believe, feminists believe women should be able to f*ck as they please (granted both partners have consented). It means a woman shouldn’t have to worry about being judged by anyone if she wants to jump your bones right after she meets you.

When girls aren’t slut-shamed because of their choice to bang a random dude, the act happens more often.

It means one day, more women might adopt lower standards when picking partners for casual flings.

That’s a good thing, since women tend to have higher standards than men.

When you support feminism, you support the cute girl you met after last call seeing past your looks and banging you just because she wants some action.

Let’s talk about that ridiculous social construct where women are supposed to be shy, innocent creatures, meant to be pursued and obtained.

Why should men be the pursuers and women the pursued? Wouldn’t you like it if more girls were bold enough to approach you and say what they mean?

Feminism is about gender equality, and it’s about doing away with these stupid societal constructs.

(You do know this bullsh*t about women waiting patiently for men to make the first move is a societal construct, right?)

So let’s empower the women of the world to act how they want to. If a girl wants to straight-up ask you to hook up right then and there, she shouldn't feel bad about herself.

If a girl wants the guy to approach her, she shouldn't feel bad about herself.

Life and sex should be about choices, and more choices means a better outcome for all.

But enough with that stuff.

The main point is, if assigned gender role expectations were done away with, the chances for everyone to get laid would increase.

3. Your wallet will thank you.

In this day and age, a lot of people still think men should pick up the check every single date. But why should the guy with a lower salary be expected to pay when he’s going out with a girl raking in six figures?

This bullsh*t 1950s frame of mind tarnishes the image of the 21st-century, independent woman. It's also hurting your wallet, dude.

It should be equal, or at least a circumstantial decision. Yes, if you invite a woman out on a date, it's common courtesy to foot the bill.

However, if it’s a mutual set up, why should you pick up the tab just because you have a dick?

Are men so wretched and disgusting that girls will only go out with guys if they pay for everything?

Women want to be dating and pursuing romantic partners just like men. If, for some reason, your date decides she wants to cancel or leave early, listen to the word “no.”

Really, honoring that simple request without making it a thing is going to make a woman a lot more likely to reconsider going out with you.

Women are totally capable of being independent and earning their own money.

Why should you feel pressured to pay for everything just because she has a vagina?

4. True bodily autonomy means she will (hopefully) say "no" to your spawn.

Remember that one night you were so drunk, you didn’t feel the condom slip off? Remember praying it wouldn’t stick?

Remember when you couldn't get Kanye out of your head?

Bodily autonomy -- while it doesn’t mean every woman would get an abortion in this scenario -- means she has the choice to do with her body as she wishes.

If she’s smart, she’ll realize a child conceived during a one-night-stand is a terrible, terrible idea for everyone involved.

Everyone has a stance on abortion, and supporting feminism doesn’t make you pro-abortion. It means you respect her wishes to do what she wants.

It's her body, after all.

5. Equal pay will probably work in your favor one day.

Yeah, keep telling yourself you’ll be cruising through life with a new girl every other week. Even Playboy finally got tired of new naked girls every month.

One day, you’ll put a ring on it like everyone else, and you’ll be damn grateful your wife is making equal pay.

Unless you’re really rolling in it, you’re probably going to at least partially rely on your wife’s income.

There is still a gender wage gap preventing the love of your life from making what she should, so you’re going to be pissed AF.

Say something about it, tough guy.

This is something that needs to go ASAP. Support feminism, support equal rights and support the equal pay the hard-working women in your life deserve.

To most Millennial women, there’s nothing as irresistible as a good looking guy who actually gives a sh*t about women’s rights. (Cue Marvin Gaye here.)

The mere fact that you’ve even thought about gender inequality issues -- and maybe have even stood up to your bros once or twice when faced with a sexist joke -- is going to turn her on.

Even if you don’t believe gender inequality is an issue that still exists in the 21st century, maybe one day, you’ll talk about the issues long enough to actually believe and care about the systematic injustices women face each and every day.

Wouldn’t that be something?