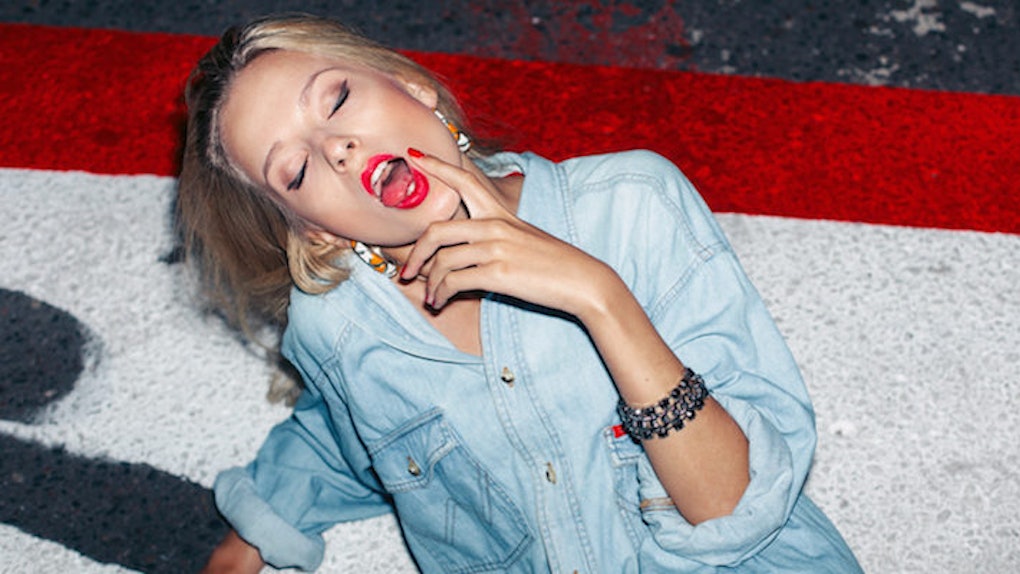 Men Reveal Why Crazy Girls Are So Hot

Did you ever have that crazy, wild friend who always seemed to have a slew of men obsessed with her? And you never understood WHY because she was so batshit blotto.

Like, how on Earth did she win the heart of every goddamn dude on the block?

She wasn't even that gorgeous; she was just NUTS.

None of it added up, and you and all of your friends would collectively ponder, "What the hell is it about this whacked out chick that guys like?"

Well, let me explain because I have a confession to make: I was that crazy friend.

I wasn't particularly gorgeous or anything, but, babes, I was a troubled little kitten back in the day. And the more deeply troubled and off-balance I was, the more I got all the boys (and the girls, thank you very much).

Once I cleaned up my act, went to therapy and got on le crazy meds, I stopped pulling so hard.

In fact, I used to find myself perplexed at how the more I let my freak flag fly, the more the people I dated became obsessed with me. It wasn't even on purpose. Trust me, crazy girls just can't repress their crazy.

It was always the dates I felt I royally fucked up by confessing too much dark shit, drinking far too much or doing something straight up mega freaky that kept crawling back to me.

I never quite figured out the lure of the crazy girl. But I definitely noticed a huge drop in attracting people once my crazy healed and I started acting sane.

I had expected the opposite to happen, but no, girl. People (men in particular) are just magnetically drawn to crazy-girl energy.

So here, we have some lovely GUYS explaining what it is about crazy girls that makes them so intoxicated:

Crazy girls love hard, and they're a challenge.

Crazy girls are drama, and drama is exciting?

Conclusion from a former crazy girl:

I think what men are really drawn to in a crazy girl is the challenge — the drama.

They're mistaking her lack of impulse control and torrid, argumentative ways for real passion. They're mistaking a tempestuous dynamic for love because TV has tricked us into thinking that fighting with a nutter equals fiery romance.

It says they don't understand real love and connection. They're just using a mixed-up girl to get their rocks off, trying to rescue her or figure her out, so they can feel like real men. It's gross.

That is, unless they're mistaking the cool, outspoken girl for the crazy girl.

The cool, outspoken girl is often confused for the crazy girl because it's radical for a female to speak her mind these days. Those girls aren't nuts. They're badass women, and the men who like badass women are badass themselves.