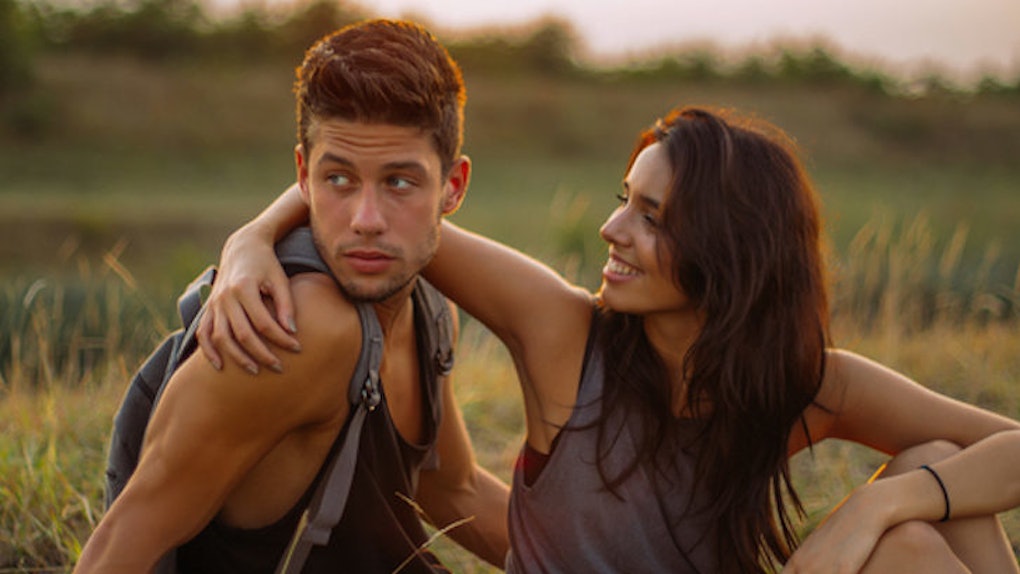 8 Fictional Men You're Destined To Date Before Finding Your Soulmate

One night, at yet another strategic set-up cleverly disguised as a "group dinner," I did my best to appease my married friends by feigning interest in a man we’ll call "Mr. Presumably Perfect."

Mr. Perfect dressed well, smelled nice and was engaging without being pretentious. He carefully negated talk of controversial current events, and even made me laugh a few times.

In the interest of being polite, I exchanged contact information with him. Of course, I never got around to making that call.

What I didn’t have the heart to tell him or my friends, was the truth: He was the type of guy I could lay down with, but not the type I’d settle down with.

Perhaps, worst of all, were the men I settled for. No matter whether they were reckless, thoughtless or emotionally unavailable, you name it, I dated them.

Fortunately, it was the act of settling that helped me grasp what it was I needed and, more importantly, what it was I deserved. Throughout the years, I have forgiven myself these bad judgements.

As I enter my 30s, I’m able to appreciate the men I’ve dated as learning curves.

From me, a woman experienced in the men to date before you’re ready for love, here is what I’ve gathered. You’ll need to encounter the following men before you settle down:

Women claim gorgeous but wasteful men for the same reason they kill themselves to carry that designer handbag: status.

The most beautiful man I’ve ever dated wasn’t terribly bright. His jokes weren’t funny, and I harbored a sneaking suspicion he hadn’t read a book since high school. Fortunately for him, every time he began to bore me, picturing him naked brought a twinkle to my eye.

Give Mr. Hermès a try while you’re still young enough to be shamelessly superficial. Move on when you’re no longer dazzled by the exterior.

With an imagination as large as candy is sweet, his fantastical ideas are bound to leave you disoriented.

He’s distracted but dreamy. He's a whirlwind of optimism.

This guy sees beauty in everything. He teaches you to rely on your senses, free of rules. He encourages you to dance in the rain.

I once dated a guy who spent his afternoons barefoot and blasting Zeppelin, occasionally painting canvas with bodily fluid (use your imagination).

This guy is everything you think you want but nothing you need. If it weren’t for the faint smell of expensive cologne he left behind, you’d swear he was all a dream.

As a mission of impossible nature, he’s aloof, unresponsive and completely detached. He's a mind f*ck to the core, and all the things that draw you toward him are exactly what will leave you lonely.

His company may seem sexy and daring, but remember: James Bond was desirable simply because he was evasive. Go ahead and have your dirty martini at an anonymous bar, but don’t depend on him to show up for Sunday brunch to meet your girlfriends.

I know, I’ve loved him too.

He's the cool guy. He's broad-shouldered, strong and all-American to the core. There’s just something about a man getting all riled up and heated over a ball game that gets a girl's attention.

Eventually, you’ll realize he may never be as concerned with your relationship as he is with the game he’s watching.

It’s symbolic to "stand by your man" as he roots for his team, and it may even seem exciting to simultaneously climax over a win (I remember getting publicly racy in nothing but his Giants jersey).

But remember: If the guy you’re seeing has given his heart to a sports team, he can’t very well give that same heart to you.

Date him through the sweater weather season, and move forward.

If for no other reason, date him to break up the monotony of losers you've typically been swooning over.

Much like that Tide To Go pen in your purse, he’s convenient, safe and always reliable. He calls when he says he will, your parents love him and he’s the ideal "plus one" to any formal function.

Stick with this guy long enough to rebuild your faith in the opposite sex, but let him go before you ruin him for other women.

Now and again, it’s necessary to indulge. In a world where we’re all struggling to walk the line and do the "right" thing, it is liberating to bask in the occasional glory of being sinful.

Like any good dessert, Mr. Chocolate Soufflé is only temporarily gratifying, and as such, should be considered a rarity. Let this rich, guilty pleasure be a reminder that, until we find the perfect man, it’s okay to sporadically settle for smooth talkers and great sex.

Every huntress has a weakness.

Whether it's your brother’s best friend, your hair dresser’s ex-boyfriend or that guy at Starbucks who you know already hit it and quit it with your friend Janine two summers ago, there’s always one guy you know you’re not supposed to have.

It’s most likely this limitation that makes him so appealing in the first place.

Mr. Forbidden Fruit proves danger is the ultimate aphrodisiac. While he’ll never be the type of man you marry, you’ll have a lot of fun getting him out of your system.

You know who you are. While we all adore your shiny shoes and steadfast ability to pull out chairs, the bottom line is, you're infuriating.

We may smile as you open doors, but inside, we’re wondering what it is you’re hiding. No one is that nice.

Women won’t date you because we reject the unfamiliar and (as twisted as it is true) we have a hard-on for jerks. Being too nice often sets you apart, and not in a good way.

Your plaguing smile and authentic attentiveness will eventually make us resentful, and it’s all too much to bear. Sorry Mr. Nice Guy, turns out you do finish last.

This is the man you’ve weeded through all the others to reach. For every call that was never returned, for every dinner that ended disastrously and for every guy who talked a good game and failed to deliver, this is it.

He’s the harmonious balance of tenderness and toughness. He's mysterious without being distant. He challenges you, comforts you and showcases your strengths.

Mr. Mecca is your gift from the universe, for making it this far in the dating world. As you settle down with love, remember to give thanks for all the wrong turns that landed you here.