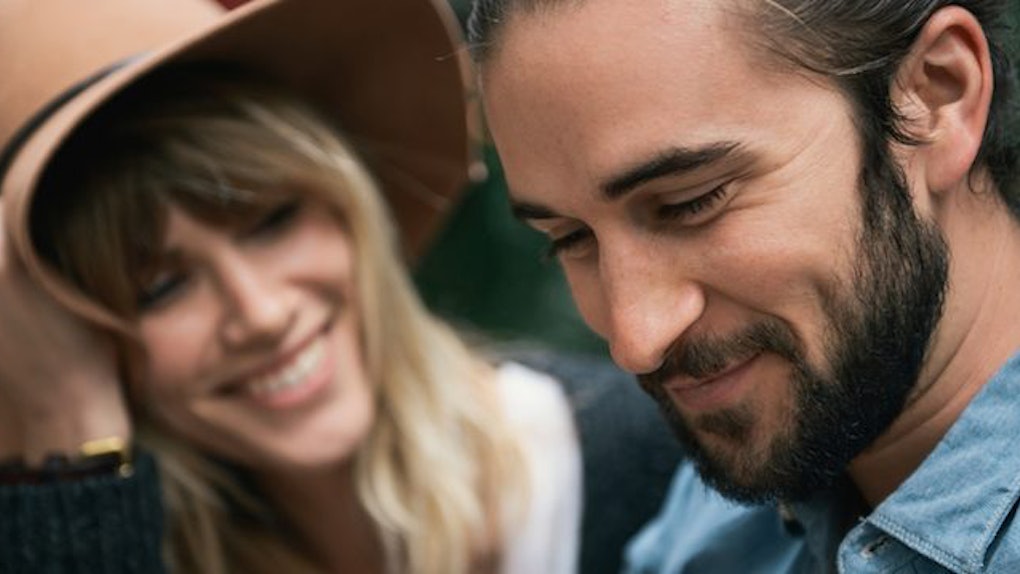 Men Want You To Be More Feminist In These Dating Situations, Science Says

When it comes to dating, one of the many, many things we're all plagued by is the question of who makes the first move.

Who texts first after a good date? Who initiates the first kiss? The first time you have sex? The "what are we?" conversation? It's all so confusing and awful.

Many women will insist it's men who should be doing most of the initiating in dating, because chivalry or whatever. But truthfully, this sucks when we really like a guy, and he's just NOT MAKING A MOVE.

Do you just hold out and hope he texts, calls, Snapchats — something?! Or, do you just make the first move?

According to Match's "Singles in America" survey of over 5,500 US singles, an overwhelming majority of single men (95 percent) want women to initiate the first kiss and the first time they have sex (93 percent).

Another overwhelming majority of single men (95 percent) are "pleased" if a woman asks for his phone number and makes that first phone call after the first date (94 percent).

An overwhelming majority of single men (95 percent) want women to initiate the first kiss and the first time they have sex (93 percent).

Despite this great news, women aren't making any moves! Only a small percentage of single women initiate the first kiss (29 percent), initiate sex for the first time (23 percent) or ask a guy for his number (13 percent).

Now, I understand why women hesitate to initiate anything. Being "feminine" traditionally means being someone who is desired and pursued, while being "masculine" means you're supposed to be the one who desires and pursues.

So when a woman acts as the one who desires (in other words, if she initiates), she might believe she loses a core aspect of her femininity, which can really affect how attractive and sexy she feels.

But, you guys, that kind of thinking is archaic as fuck! Dating like a feminist is a huge turn-on for guys.

A solid 59 percent of single men think feminism "has changed the dating rules for the better." They say dating is more enjoyable (54 percent), safer (55 percent) and easier (49 percent).

“The annual Singles in America study has once again demonstrated new emerging trends including men's overwhelmingly positive view of feminism and feminists, in the boardroom and the bedroom. We've captured the great spring forward in gender equality,” says Dr. Helen Fisher, biological anthropologist and Chief Scientific Advisor to Match.

So, what are you waiting for? Go text your crush. Seriously. Now.