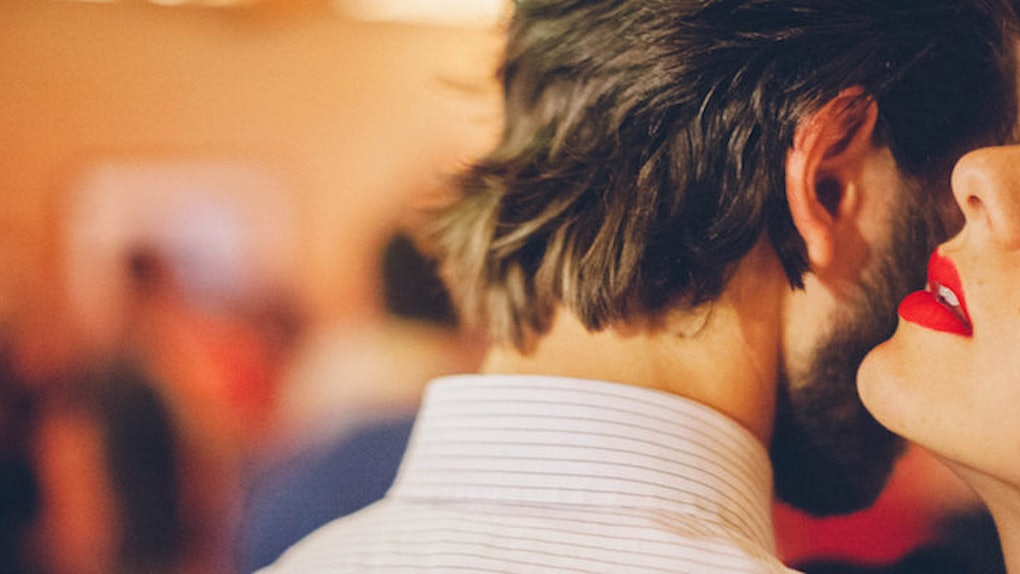 Rethinking Infidelity: How One Cheater Can Ruin Many Relationships

At some point in your life, you might have been cheated on or even been the cheater.

Whether it’s in school or in a relationship, it’s never good to be the cheater.

We all know cheating in a relationship hurts two people.

However, we’ve always been told someone cheating in school is only hurting his or herself.

But that can’t possibly be true.

If you’ve ever spent an entire week slaving over flashcards and cramming for a test, you'll understand the effects other people cheating can have on you.

The worst are those difficult tests, the ones where you find yourself waking up two or three hours earlier than usual, just to get in some extra reading.

They’re the same kinds of tests where you shower while listening to lectures, just to fill every second of time with more information.

You spend all of that time preparing, you didn’t sleep last night and as you’re sitting there, the person next to you peers on over and starts copying your answers.

How are these people only hurting themselves?

Let’s say it’s a friend who is cheating off of you.

Why does your friend get to spend his or her entire week watching Netflix, while you work hard to get a good grade?

Your friend looks at your paper, takes a few answers and at the same time, loses a part of your trust.

Just the risk of getting you caught up in cheating is enough to make someone sick.

But it’s as if your friend is saying he or she has no respect for you and doesn't care about what could happen to you.

This “victimless” crime can quickly end up with two victims if you’re caught.

Most schools have a zero-tolerance policy when it comes to cheating.

You cheat, and you get a zero.

The problem is, sometimes, people getting cheated on can also get caught up in this.

We’ve already determined how cheating can affect you directly, but it turns out it could, in turn, affect every single person who sees you cheating.

After encountering students who cheated in one of his science classes, Jeff Jackson from Duquesne University wrote about how cheating affects everyone in the class.

He explains this predicament can quickly lead to these students becoming disheartened with their work because they see how easy it is just to cheat and skate by.

Jackson also points out that, as a professor, if he sees higher grades on tests, he can assume the class is completely understanding.

In turn, he will speed up the class because everyone is performing highly.

This problem leaves the students who weren’t keeping up in a tough situation.

They know they’re not the only ones who don’t completely understand, but they still feel like they’re on their own and far behind everyone else.

There is, of course, another kind of cheating.

This kind of cheating first comes to mind when someone says, “Oh yeah, Jeremy cheated.”

Jeremy (sorry to any Jeremy reading this) didn’t cheat on his test. He cheated on his girlfriend.

If you’re confused as to what constitutes as cheating in a relationship, stop reading here and go read eHarmony’s guide to what counts as cheating.

Cheating in a relationship is the best and quickest way to break your partner’s trust.

According to Cheating-Infidelity.com, when someone is cheated on, he or she experiences the same effects as a drug addict going through withdrawal.

This has a detrimental impact on your significant other, and it is now something he or she has to deal with on his or her own.

Even if you weren’t the one who cheated, you still became the victim.

Again, just like cheating in school, cheating in a relationship has victims who were just innocent bystanders.

The easiest examples of innocent bystanders in cheating are children.

Children whose parents cheat are subject to their families breaking apart.

They didn’t cheat or get cheated on, but their parents are now getting divorced.

Their entire lives are turned upside down.

Let’s not forget other people in relationships where no one is cheating.

They are just like the other people taking the test after studying.

The friends who work hard to make a relationship work are going to look down at the friend who has cheated because he or she just didn’t put in the work.

Overall, a person who cheats — whether it be in school or relationships — breeds distrust.

Over time, people won’t want to be associated with that person because he or she cannot be trusted and has no respect for those who put effort into something.

No matter how many victims cheating has, the biggest victims are the cheaters themselves.

There are always going to be people who cheat.

The best thing you can do is not associate with those people.

This article was written by Matt Schiller for The Agency.