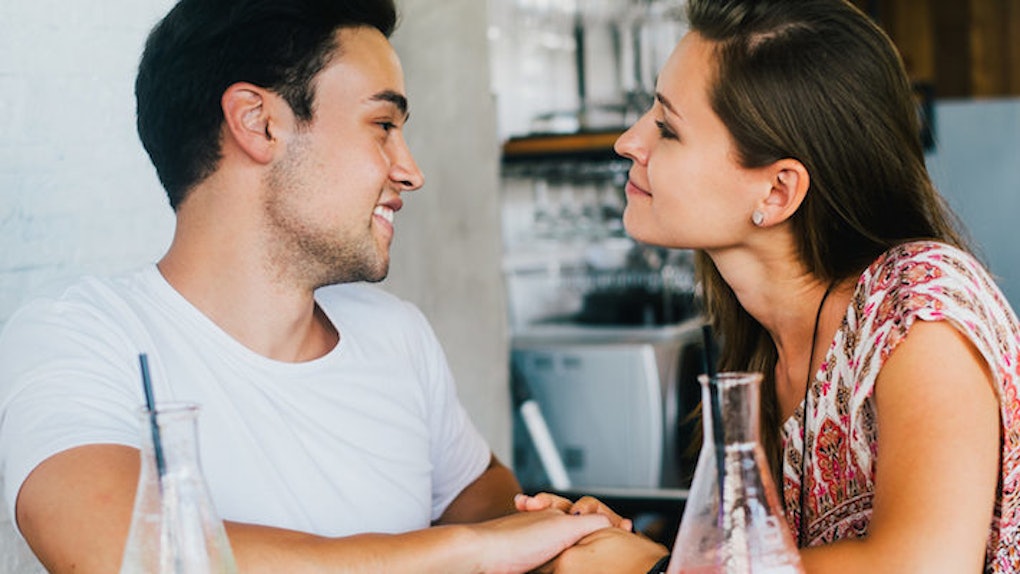 “You like him,” my roommate stated, eyeing me up with the self-satisfied look she has when she knows she's read me like a book. “Who?” I replied, not looking up from the text my eyes were fixated on.

We both knew who. I was doing it again; I was smiling at my phone. That's one of my biggest giveaways when I'm starting to like someone: I spend a great deal of time smiling at their texts (before obviously screenshotting them and sending them to all my friends).

I met Joshua* late last year. He was completely plastered off his face, and as a result of this, was a man of few words that night. Never one to be shy, I approached him, knowing he was a friend of a friend and wanting to get to know him better. Before long, his hazy, drunken eyes were looking into mine and he leaned in to kiss me.

And that's when it happened. The spark. That moment when you feel undeniable chemistry with someone, that flash of electricity that leaves you breathless. It's hard to find, and for that reason, it's all the more special when you eventually do find it.

My friends tell me I'm a sucker for the spark, and I'll be the first to hold up my hands and say it has an uncontrollable hold on me. I don't have a particular type when it comes to the opposite sex, my only requirement is chemistry.

Joshua and I met up the following week. It turned out he was actually hilarious and interesting, in addition to our great chemistry. We fell into a whirlwind romance, and within a month, we were hanging out three times a week and he had his own toothbrush at my place.

But I had my concerns. Joshua was great in so many ways, but I knew that despite the spark and how much I enjoyed his company, we had little in common. We weren't at the same stages in our lives, and we didn't want the same things out of them. I started to wonder whether we had any long-term potential.

Joshua would frequently want to sleep in until mid-day. He often got wasted on a variety of substances. He got arrested one night and spent the night in a cell. He had absolutely no idea what he was doing with his life, and many of his behaviors reminded me of myself five years previously, yet he was the same age as me. I'd grown up so much and wanted someone who was in the same place I was; somewhat lost, but with some kind of direction. Joshua was completely lost and stuck in some kind of rut that I didn't think that I could pull him out of.

It suddenly dawned on me that I, the girl who always thought the spark was enough, had realized it wasn't. I knew it was time to cut things off with Joshua, so with a heavy heart, I explained to him we were just too different, and that he needed to focus on himself before he started a relationship with anybody else.

The spark can be dangerous. It lures you in and can leave you besotted with someone you actually have no emotional connection or compatibility with. This isn't the first time I've sparked with someone who was completely wrong for me, and I doubt it'll be the last, but I like to think I'll be a bit more skeptical in future before falling head over heels for that little flicker of electricity.

We all want physical chemistry with someone, and I'll always think it's important. But when it comes to settling down for the long run, we need that person to be headed in the same direction we are.