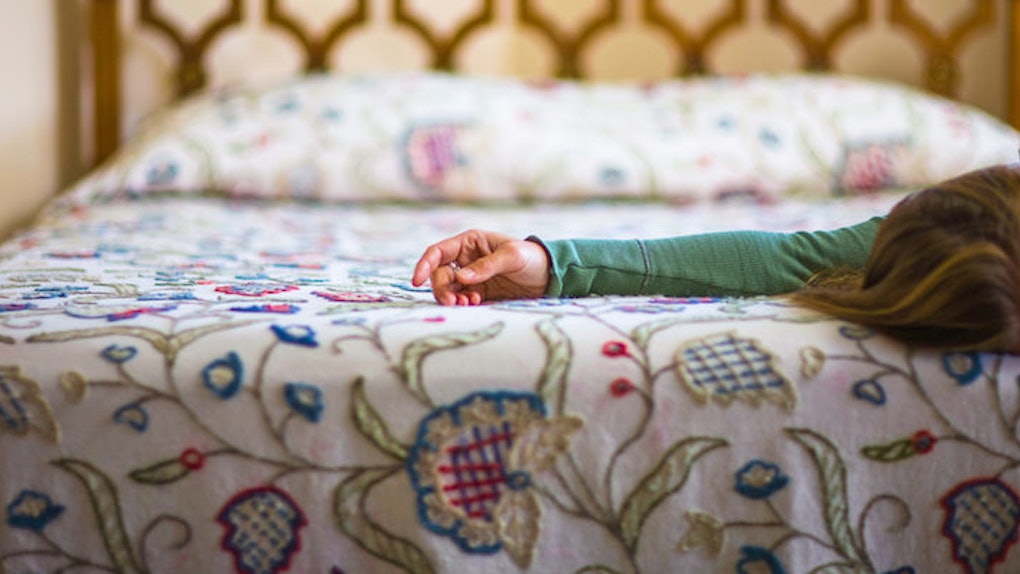 Love Shouldn't Hurt: 10 Telling Signs You're In An Abusive Relationship

As October is National Domestic Violence Awareness Month, we would like to debunk some common misconceptions about abuse.

To start, abuse can be physical, but there are many other types as well.

Second, not all victims are women, and not all abusers are men.

Women have also reported being abused by their female partners.

Anyone can be a victim, and anyone can be an abuser. Domestic violence doesn't always occur between intimate partners, either.

There are many scenarios of abuse outside of a husband harming a wife.

All too often, victims reassure themselves with statements such as, “He didn’t hit me, so it’s not abuse,” or “Other people have it was worse than me, so I should stop complaining.”

Here are the signs for you to determine whether or not you're being abused:

1. He or she hit the wall beside your head.

This is psychological abuse. It’s a physical threat.

Violence of any kind is a scare tactic.

Did he or she loudly and violently knock a chair (or any other object) over? Even if it didn’t touch you, it’s abuse.

The abuser is purposefully trying to intimidate you.

Victims will often make excuses because they were not physically harmed, and the abuser will claim he or she lost his or her temper.

However, at all times, the abuser is in control. That’s why you weren’t directly hit.

2. He or she threatens to harm your children or pets.

Often, abusers will harm their own children to get back at their spouses.

This is physical child abuse, but it's also psychologically abusive to the spouse and/or siblings.

3. He or she targets your stuff.

Sometimes, abusers can present this as a direct punishment or consequence of unwanted behavior.

However, more often than not, it occurs during a temper tantrum

But, you have to remember the abuser is always in control.

He or she broke your porcelain bowl on purpose. He or she ripped your favorite jacket on purpose.

In a house you share, the abuser has belongings scattered everywhere, too. Yet, his or her belongings are never the target of his or her rage.

Again, this is psychological abuse.

4. He or she pressures you financially.

Financial abuse is incredibly common and rarely talked about.

Your partner makes you quit your job? Abuse.

Your partner spends your money? Abuse.

Your partner gives you an allowance or limits your spending? Abuse.

5. He or she controls what you wear.

If your partner tries to force you to stop wearing makeup or to change your style, this is a form of oppression.

This type of control is manipulative, and it progresses over time.

It usually starts out with what the victim perceives as a cute comment like, “You look so beautiful without makeup. You shouldn’t wear it.”

Eventually, it leads to direct statements like, “You look like a whore in that dress. Go change.”

People use makeup and style as a form of creative expression, so any limit to this is oppression.

Many abusers are possessive and want the victim to look less desirable to others.

Style can also draw attention from others, which can interrupt the abuser’s plan to isolate the victim.

6. He or she limits the time you spend with people.

This type of control usually takes much longer, and it subtly changes your behavior over time.

It could be something as simple as, “I don’t really like that guy. He’s rude to you.”

All of a sudden, you like this person less and less.

It could also be as direct as giving you a curfew.

I often hear a victim's friend complain she “lets her boyfriend become her whole world” and “has no time for her friends anymore.”

As a society, we need to realize when someone is isolating our friends, and we should never take it personally or give up on the friendship.

Isolation is one of the most dangerous forms of abuse because it makes the victim so much more vulnerable.

This happens all the time in relationships, and it’s not okay.

Your partner should never make you feel insecure or uncomfortable.

It’s more often a subtle, “Wow, look at that huge blackhead on your chin. Gross!”

It can be degrading, kidding-but-not-really comments like, “Wow, you used to be a whore,” or the more direct, “You’re always such a bitch.”

It can occur in front of your friends and family or in private.

But, sexual abuse in an intimate relationship is usually much more subtle than the violent rape by a stranger you may be thinking of.

It commonly consists of guilt-tripping the victim into engaging in sex.

Maybe the victim simply isn’t in the mood ("But babe, it’s our anniversary!"), or more commonly, the victim feels he or she owes the abuser ("We haven’t had sex in forever”).

Most rape is perpetrated by someone familiar with the victim.

Many victims reassure themselves with statements like, “I orgasmed, so it wasn’t rape." This is false.

9. He or she makes you feel crazy and paranoid.

Ever been called a “crazy ex-girlfriend?”

Chances are, you weren’t crazy. You were abused.

They deny and minimize victims' feelings and concerns, and they blame the victims for their own actions.

People who have been cheated on know how worthless it makes them feel.

If crazy-making is psychological warfare, cheating is an atomic bomb.

Abuse boils down to two things: power and control.

Any time someone is using any method to control or exert power over you, it’s abuse.

As a society, it's important to educate ourselves about what exactly abuse is because it’s much more than black eyes and broken bones.

Bones and bruises heal much faster than self-esteem and confidence.

In addition, abuse can also haunt its victims in the form of post-traumatic stress disorder.

It’s time to learn the signs of domestic violence, stop making excuses for abusers and no longer abandon our friends.