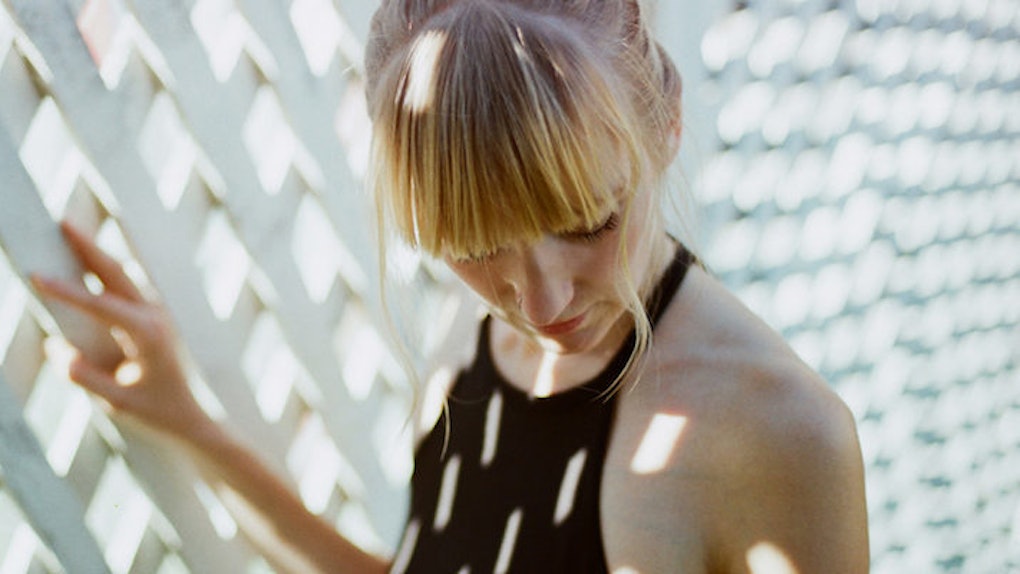 I met the perfect guy — we'll call him B — when I was 16 years old. He sat in the front of my row in AP chemistry, and although he slept through most of his classes, he'd often tutor me before tests. He was smart and funny, and we became fast friends.

Our friendship lasted almost a year before it developed into something more (which is a long time when you're 16 years old and eager to explore dating and relationships). B and I were typical high-school sweethearts. We were inseparable through everything, from studying to senior prom. He asked me to go as his date in a fortune cookie, which is still, to this day, the sweetest thing anyone has ever done for me.

After we graduated, we cried about having to go to separate colleges. We vowed to stay together despite the distance.

For the next four years, despite going through some ups and downs, B and I kept that promise. Several times a year, we would make the flight between Pennsylvania, where I studied, and Michigan, where he went to school. We'd spend our summer and winter breaks going to baseball or hockey games, taking road trips to upstate NJ or going out in NYC. We would talk almost daily while we were apart at school.

When B and I graduated from college, I felt like we were finally able to move on with the rest of our lives together. We had both grown and changed a lot, but we were as connected as ever. We both got jobs and moved to New York City, where we continued our relationship while simultaneously starting our real, post-college lives.

B and I connected on so many levels. He was smart, kind, handsome, tall and genuine. He was close with my family and friends, and he was easygoing and thoughtful.

On my birthdays, he would plan adventures that spanned all day and night. He would take me to museums, shows and fancy members-only restaurants. Most importantly, we had a relationship that was built on the foundation of friendship. B was undoubtedly, after almost seven years, still my best friend.

Although our relationship was strong and we were in love, every time we would disagree or fight, I would have the same voice in the back of my head. It would ask me, “How do you really know he is 'the one?'”

Of course, I thought he was "the one." He was the only one I've ever really given a chance to. But how could I really know for sure?

Yes, B and I had dated other people throughout college. But I had never seriously considered a relationship with any of them. My heart had been set on him since I was 16 years old. Now, at 24, I found myself starting to doubt the relationship I had always believed in.

The last fight between us was over his relationship with his mother. B was an only child, and his mother was a big part of his life. She also had never been fond of me, which was often a point of contention between us.

We broke up on one rainy summer evening while he had been texting his mom about me. But he then deleted the thread so I wouldn't be able to see what they had been saying.

I was furious at the time, and kicked him out of my apartment. I vowed to never speak to him again. In hindsight, I probably could have been more mature, reasonable and understanding. But at the time, I justified my actions by telling myself that after seven years, I deserved to be the number one woman in his life.

Beyond that justification, I also constantly reminded myself that B was beginning to apply to law school, and there was no guarantee he would be in the city for more than another year anyway. I told myself I couldn't do long-distance again. It was just too much and too hard.

These justifications were real to me at the time, and they were reason enough for us to go our separate ways, despite his efforts to work things out. Three years later, however, I now see a new truth I had ignored at the time.

I could never be sure of B because I had almost nothing to compare him with. I had never dated around. I had never been single, and I'd never loved anyone else. I was terrified that I would wake up at 40 and still be unsure about whether he was "the one," or just the only one I'd ever really tried to have a relationship with.

There is a fine line between unrealistic expectations and never settling that I had yet to discover.

B and I are close friends again now. This took some time. I'm still looking for my partner in life.

Sometimes, I wonder if anyone will ever make me feel as complete as he once did. But I'll never regret taking the time I needed to be sure of what I want and who I am. I needed time to grow, mature and develop as an individual outside of our relationship.

I've had a lot of new, exciting and sometimes challenging experiences since we've broken up, and I've wondered if I made a mistake on more than one occasion. I'm ready now for a serious and committed relationship.

I now have the confidence to be sure that when I find "the one," I'll be able to commit forever. At the time, I couldn't settle down, even though I had found the perfect guy. I hadn't found the perfect me yet.