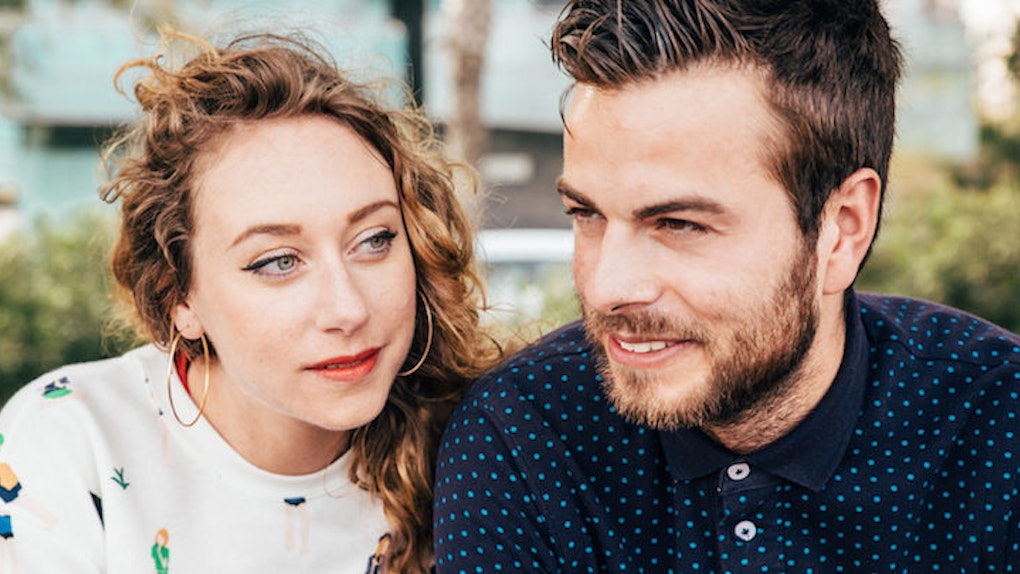 Break The Rules: 5 Things 100 Men Taught Me About Love And Dating

It’s true some rules are meant to be broken.

I stayed true to one of those "rules," and broke the other two on more than one occasion. In retrospect, none of these rules determined the outcome of my relationships: I did.

It took 100 men to sway me into throwing out my very outdated rule book.

As a dating blogger, I get asked the same questions over and over again.

Should I sleep with him on the first date? Why hasn’t my boyfriend of three years proposed to met yet? Should I date a younger man?

Curious about the answers myself, I collated these questions, and asked 100 men to spill the beans.

I got some very honest answers, but the interviews also made me question my traditional thoughts on dating.

1. You don’t give up your "power" if you sleep with him on the first date.

If you want to sleep with him on the first date, go ahead. Doing so won’t dictate how he’ll treat you.

You are the one who gets to decide how you want to be treated. Some of my girlfriends attribute the fall-out of a relationship to sleeping together too soon. They claim the guys go hot and cold.

But the real issue is, these women never communicate how they wanted to be treated.

When I was in my early 20s, I found myself in a vicious cycle of mediocre relationships.

The guys were nice enough, but never really put in the effort to pursue anything more serious. They’d call and consistently message me one week. Then the next, it was radio silence.

When they’d get in touch with me again, I would reciprocate, showing them it was perfectly fine to treat me that way.

The older and wiser know this.

When I was in my early 20s, I wanted a shiny, 2-carat diamond ring. Nevermind the guy I’d want to marry, the ring was my ultimate relationship goal.

Now that I’m older and have my eyes set on a home deposit, I’d balk at spending that much money. After all, it’s just a nice piece of jewelry.

Don’t get me wrong; I still love the tradition behind the engagement ring. But I would happily prefer something I wouldn’t fear losing on a daily basis.

The older men get, the less they tend to spend on engagement rings.

Gender role reversal is much more common than it used to be. But when you’ve seen five out of 10 marriages fall apart due to this arrangement, you’ll ignore it like the plague, just like I did.

But as these 100 men taught me, it’s not really about the money.

A majority of men interviewed were fine with their partners making more money. It’s not the male ego or pride that damages a marriage, it’s the shift in priorities.

The one who chases a career will also struggle to balance work and family (regardless of gender).

It’s the lack of balance that damages the relationship, not the gender role reversal.

I have asked my partner countless times if he’d mind me making more money, and he never says yes. If two people have similar life goals, it doesn’t matter how you get there.

Marriage is teamwork, not an evaluation

4. Age is really just a number.

Three years: that’s the age limit I’d set myself for dating younger men. I used to think guys around my age bracket were likely to want the same things out of a relationship.

I probably missed out on a lot of "mature but younger" men as a result.

Age does not determine maturity.

I’ve seen friends date men who are 10 years younger, and some of them are married. I’ve also dated 36-year-old guys who are still living and dating as though they’re 25.

Age doesn’t determine if a guy is ready to settle down.

Though my partner is older than me, I’ve learned not to be so numbers-driven. (Numbers were never my strong suit, anyway.)

5. Timelines can be fluid.

Everyone around you is having babies, but if your idea of a baby is a food baby, it doesn’t mean you’re behind in life.

It is not a race.

I always said I’d want to get engaged after two years of dating, but learned (the hard way) that not all relationships can be measured with timelines. Some move faster, some move slower.

Things (getting married, having a baby) should happen when two people are certain and ready to take the next step.

Though my boyfriend and I have talked about what we want in the next five years, I know the timeline is not set in stone.

Just like relationships, timelines are fluid. Sometimes, you just have to go with the flow.