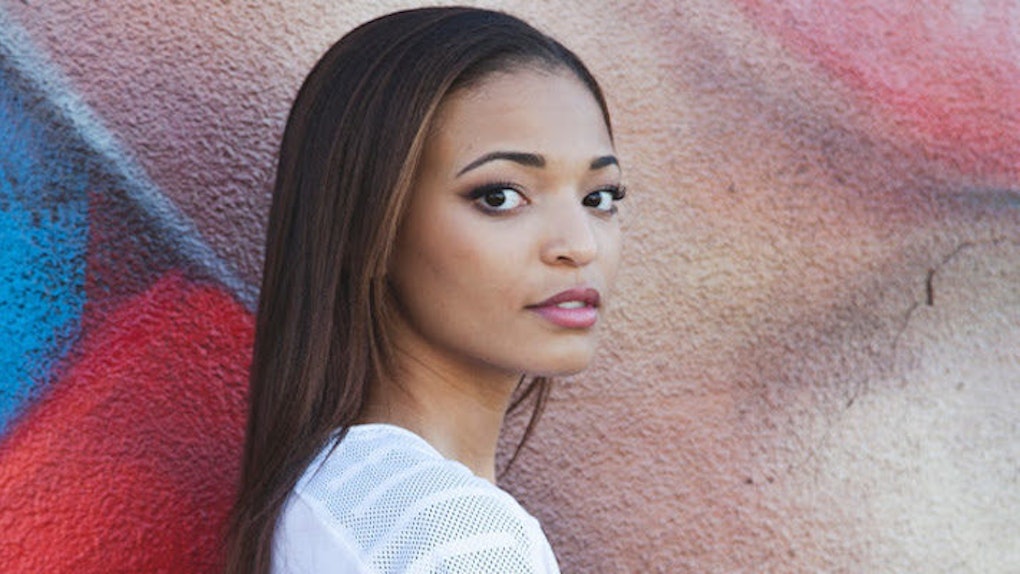 Guys, This Is How To ACTUALLY Win Your Ex Back

Throughout the past few weeks, I've received an overwhelming amount of emails and DMs from guys who are reeling from devastating breakups.

They openly admit to damaging a woman they value, are honest about the wrongs committed in their past relationships and also astutely recognize at what point their girlfriends finally had enough and moved on. All of the guys who reach out are heartbroken -- I mean seriously f*cked up over a girl. They regret everything.

Each of these men want only one thing -- a concrete solution to winning their exes back. And I think I can help.

Look, I've been through multiple breakups and can attest to the inevitable pain and misery each party will experience. Breakups SUCK, regardless of how toxic or inconsistent the relationships were. Breakups are also frighteningly predictable.

Aside from situations involving abuse or something parallel that I'm not qualified to even comment on -- the average formula for a breakup is as follows:

Girl and boy fight over XYZ.

Girl threatens to end the relationship if XYZ continues.

Boy is all, “yeah yeah,” and continues to do XYZ.

Boy is lit and free.

Girl eventually gets over it.

Some months later, boy realizes XYZ wasn't worth it.

Regardless of how a relationship ends, all breakups result in the same thing: Every guy on the planet -- seriously, every f*cking guy -- will wait until their exes have moved on from their relationships to want their exes back. This fact is so universally predictable that women anticipate and LIVE for the day when they have moved on and feel unaffected by their ex-boyfriends' efforts to win back their love. We basically fantasize about it.

Before I even get started on how to win your ex back, you have to understand how frustrating this foresight is for us. Not even just frustrating -- how hurtful it is for us to know you'll only seek redemption when it's too late.

When a woman loves you, it is not unconditional. Her love is, however, a powerfully resilient emotion -- one that will keep her constantly making excuses for your mistakes and giving countless chances that you will most likely take for granted.

In an effort to resuscitate an already dysfunctional relationship, women will frequently make the fatal error of bluffing. Your girlfriend will repeatedly threaten to break up with you in order to scare you into changing (for the record I wholeheartedly disagree with this method, but that discussion is for another article), hoping you will prove your love by doing anything to make her happy. It never works, and you rarely take her threats seriously. So you break up.

She probably screamed at you and called you a piece of sh*t, promised never to take you back because she hates you and posted countless thirst traps on Instagram. She may have done everything in her power to let you know she's better off without you, having found solace in crop tops, tequila shots and other guys.

What your ex won't tell you is that she's sad -- really f*cking sad. (Well, for that first week after breaking up, she totally hates you and wants you to burn in the pits of hell, but that rage is short-lived.)

You dated for a reason -- I'm assuming because you loved each other. It would be illogical to think anger is any lasting substitute for love. Regardless of what occurs during a breakup or who deserves blame, she's heartbroken, too...initially.

The degree of heartbreak varies for every woman, but we all feel depressed, empty and emotionally drained when separating from someone we invested so much energy into. Even if that person was a dick.

Once we do finally heal from a breakup, however, we're over it. Our ability to protect ourselves comes to the forefront, and we're able to begin thinking rationally in a way we couldn't while in such close proximity to the drama. Time makes us stronger.

Men cope with romantic loss differently. That first taste of freedom is so damn sweet, and you wonder why you didn't end everything sooner -- no more fighting, no more drama, you're basically blowing confetti out of a damn kazoo. F*ck that bitch.

Buuuuut then you start to realize you love that bitch. Remember the cute way she would fold your work clothes in the morning? Or how, if you were having a rough day, she would always know the right thing to say and get you back on your game?

And so it begins.

She's so right. I affectionately call fall, “'Hey, How've You Been?' Season” because ex's love to crawl out of the bushes once the cold weather hits.

I don't know why guys do this, or if you're even remotely aware that you all manage to wait until we have completely healed from a breakup to hit us up again. My theory is that your timing to re-establish contact with an ex directly correlates to the moment you begin dealing with the pain of your breakup.

Unfortunately, society does not say this to men enough, but it's OK to be sad. Breakups are supposed to be difficult, and you're supposed to feel devastated. That's just how it works. Missing her does not, however, mean that you should get back together.

For this reason, you need to ask yourself a few questions before you begin hitting your ex up again:

Are you really still in love with her, or are you just tired of being sad?

Do you miss being with your ex specifically, or do you just miss the comfort of a relationship with someone who knows you?

Do you really want to change for this person, or would you rather be with someone who does not require you to change at all?

Many guys make the mistake of assuming that the reason their exes are unresponsive to grand displays of affection is that they are just defensive and don't know what they want. Guys think they'll come around if they write enough love ballads and mail enough balloons.

A woman will think and act with the most clarity a few months after a breakup, once she has distanced herself from the situation and can objectively decide whether or not you are a healthy person to be around. She knows exactly what she wants, and at this point, it is to not be with you.

I'm being blunt, and I know this can be hurtful to hear, but she wants change -- for YOU to change, specifically.

Your grand displays of affection aren't working because she sees right through that sh*t. Not only is she aware that this overabundance of romance is superficial, but she's also smart enough to know it won't last forever. If she takes you back, she knows it's only a matter of time before you continue arguing about the same issues again.

What matters to women is whether you can truly understand why she broke up with you in the first place. You need to understand why she cannot tolerate a certain behavior or bad habit in a relationship and be realistic as to whether this can change.

Be honest with yourself before you even consider picking up the phone. Do you really want to change? If you genuinely feel that you have done nothing wrong or think her concern is trivial, you should not be together.

If you do regret your mistakes and are sincerely willing to change for this girl, take ample time to do it. Distance yourself and take that time apart to clear your mind, shake off some of the intense emotions you're feeling and actively work on your character.

She also needs this time away from you, so it's a mutually beneficial decision. Disappear for a while so you both can work on yourselves. If you really love her, time will only benefit you, so you should not rush into a second chance. You won't get a third.

Here is some more confirmation of this approach's effectiveness directly from the fingertips of a woman who recently ended a four-year relationship:

Now, here is the advice I know you really want to hear: what specific steps to take to convince her you should be together.

The answer is anti-climactic -- embrace simplicity. Do not resort to extravagant gifts or anything dramatic or overwhelming. When she is ready to talk to you, write an emotionally honest letter or call her. Tell her you understand if she doesn't want to speak to you, but you hope she's well and would love to hear her voice.

If she agrees to speak with you, speak on the phone or in person -- whichever makes her more comfortable. Do not bring her any gifts. Prepare to have a relaxed, mature conversation about the growth both of you are experiencing and how you believe you are ready to be the person she needs you to be. Ask for nothing in return.

Be calm and confident in yourself and what you think you can contribute to her life. In the time you've taken to improve yourself, hopefully you will have evidence of that change. If the cause of your breakup was that you did not have enough time for her, show that you've altered your work schedule and made time to volunteer or pick up that sailing hobby you've always dreamed about. That will show you're willing to make time for things that matter to you. See where I'm going with this?

Also, and this is important -- she may still not want you back. If she doesn't, you just have to respect it and let it go. Have the self-esteem to know you do not need to force a relationship with anyone, even in a situation of unrequited love. That is settling. You will find someone who is right for you.

I hope this helps you find some kind of closure, peace or understanding. The worst-case scenario is that you take time for yourself to heal from your breakup and work on your flaws so that you can be satisfied with life independently or become a better partner to another girl in the future. That doesn't sound so bad, does it?