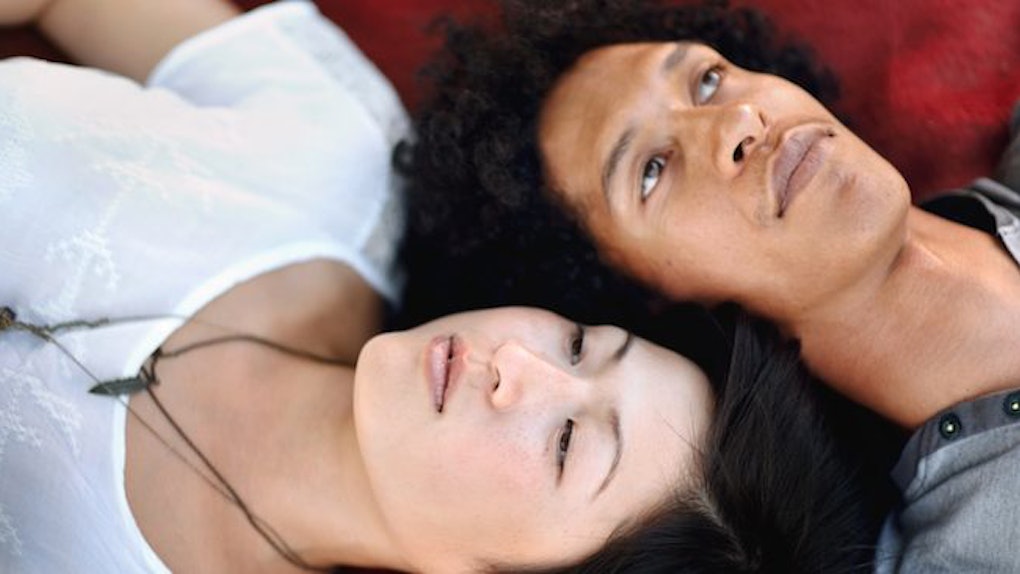 How To Get Out Of An Almost Relationship

Ghosting that person you went on one or two days with? Easy. Breaking up with someone you've been dating for a while? No fun, but it happens all the time. It's how to get out of an almost relationship that's tricky. After you've been dating someone for a few months, the "determining the relationship talk" is usually around the corner. But what if you've decided the person you've been casually hanging out with is not non-casual material?

Not everyone is worth wife-ing or husband-ing up. So I asked Laura Bilotta, dating coach and author of Single in the City, and Jen Kirsch, dating expert, how to get out of an almost relationship. I mean, seriously, how the hell do you do it?

"When it comes to breakups of any kind there are two main rules: Be quick and direct," Bilotta explains. "If you know you don't want to be with this person, act now. Waiting is just going to make this experience worse for the both of you."

Being direct means telling the truth. I know, that's scary because the truth can sometimes hurt. "Be honest about why you're breaking up with them. It doesn't have to be anything more than 'This relationship just isn't right for me,'" she continues. "Sometimes, there isn't any particular reason that a person isn't for you and that's OK."

Additionally, don't leave your decision up for negotiation, or else it will make the breakup messy. Kirsch adds, "When you do tell them, make sure you explicitly state that your decision has been made, that you wish them the best, and that you won't be seeing them again." Because when it comes to ending things, boundaries are critical.

If you care about someone, then for God's sake, have the dignity to break up with them in person. "Breaking up in person is always better, but if you're too much of a chicken, you at least owe them a phone call," says Bilotta. "It's always easier to hide behind our phones and write out a carefully crafted text, but it's just a crappy way to end things. A few months requires a real conversation."

And whatever you do, do not ghost them. "Ghosting isn't a nice thing to do to anyone, but it's especially not cool if you've been dating for a while," she continues. "If someone I was legitimately dating ghosted me, I would assume they got kidnapped or hit by a car. It's really rude to put someone through that kind of stress."

To be honest, I do think that every person who has ghosted me is dead. That's what happened right? They all died? RIP to all those Bumble matches.

We all need to grow up a little and start breaking up in person. It's the best way to get closure.

Have you ever had a breakup that literally lasted longer than the relationship itself? It is the worst. You keep texting one another, sometimes you still hook up, and you exist in this weird gray area, because neither of you were explicit with boundaries when you decided to end things.

"Make sure they take you seriously. It's key to draw boundaries," Kirsch says. "You can do this by not responding to them when they drunkenly text you or try to reach out to see 'what's up,' by removing them from your social feeds, or by not agreeing to meet with them in person 'to talk.'" I am definitely guilty of texting exes, asking them "to talk" after we have broken up, and talking usually leads to random sex. And that usually leaves me feeling led on.

"When they message you to 'get closure,' you can respond once or twice, but let them know you need to focus on yourself moving forward, so it is best for you to cut ties at this time," she continues. That way, the breakup actually leaves you broken up, and not hanging on.

Like the Nike slogan says, just do it. "If you've gotten to know this person well, and your mind is made up, you are doing them a very big favor by ending things as soon as you know," Kirsch says. "Trust your gut, do the mature thing and end it, and drop all communication shortly after so as not to lead them on."

Keep it short, sweet, and explicit as to not send any mixed signals. Don't leave your partner thinking you might get back together if there's no chance. That's unfair to everybody.

5. Don't Leave Stuff At Their House

My favorite t-shirt is at my ex-boyfriend's house from five years ago, and I think about it almost every day. I wonder what he has done with it. Thrown it away? Sold it at a garage sale? Does he sleep with it every night? Who knows?

"Just be sure when you pull the plug, that you have all your possessions (i.e. [don't leave] your fave leather jacket at their place)," says Kirsch. "Some people, when hurt, don't care about your belongings or giving them back to you. Or having them in their possession might allow them to hold that over you." People might use belongings as leverage after a breakup. Don't let your necklace be a negotiation tactic.

When it comes to breaking up, short, sweet, and explicit is key. Keep it honest, and have boundaries in place as to not prolong the breakup process. And please, no ghosting. That's the worst.