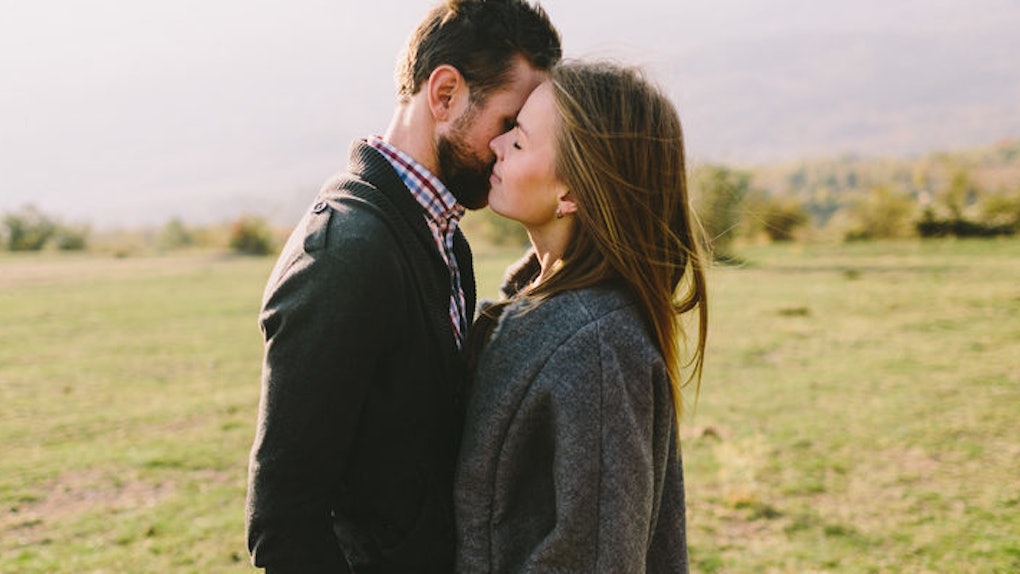 When you aren't in an exclusive relationship with someone, it can be hard to articulate exactly what you two are.

The lack of a name for your relationship can be incredibly frustrating, especially when one of your prying relatives inquires about your love life at a family function. I found it easiest to say I was single, even when I wasn't exactly single -- I was just in a relationship that was pre-exclusive. The number and variations of types of pre-exclusive relationships isn't always easy for older generations to understand.

Since I'm sure I'm not alone on this, I've defined 11 different types of pre-exclusive relationships to help you figure out (and explain) your own nebulous situation.

One of the more popular pre-exclusive relationships, friends with benefits are exactly that: two people who consider each other friends, but engage in regular sex when it feels right. In reality, these people usually aren't really that close as friends, since true friends usually aren't trying to bang each other. Perhaps the better term here is “acquaintance”?

You may call this person over to watch some TV and hang out for a bit, but you both know where the night's heading. It's basically a mutual contract for no-strings sex. Unfortunately, more times than not, one party falls for the other, and the contract becomes invalid.

Feelings aren't reciprocated. You think of this person as a significant other, but to him or her, you're a sibling. The relationship is friendly, of course, but one person wants to take things further.

When these romantic feelings are finally expressed, things get awkward, and it's hard to go back. But it is possible. Trust me, I've been friend-zoned so many times it's stupid.

The best way to repair things, I've found, is for both of you to talk honestly about how you felt about each other prior to your big announcement. Grab a coffee together, discuss things honestly until you've reached a mutual conclusion, then carry on as friends. Because it's better having this person as a friend than not having them in your life at all.

A placeholder relationship happens when you're seeing somebody you don't feel strongly for. You've ended a serious relationship but aren't ready to start a new one. While they'd like things to be more serious between you two, you know deep down that the relationship isn't going anywhere.

Eventually, you have to reveal your feelings. And after the bad news comes out, the relationship usually fizzles.

You want no relationship with this person other than sex. Whether they want something more or not doesn't matter, because you're doing you, and all you want is some sex. Some very good sex.

I have a friend who had an ongoing booty call with a guy for seven years. Emotions did get involved at one point, about two years in, and the two stopped talking. (He also had a girlfriend. Yikes.) Eventually, after the feelings of romance passed, the two carried on as usual. And he kept the girlfriend.

You're flirting through text and in person, nauseating everybody around you, but neither of you will pull the trigger and get official. I have a friend (my best friend, actually) who's in this very situation. He met a girl on vacation in Cuba in January, and he's been seeing her ever since (she lives miles away).

They claim they're not in a relationship, but they spent Valentine's Day together, went on a weekend trip to Niagara Falls, and he's at her place more than he's at mine. Who are you kidding, dude? You guys are totally together. Just date already!

Every now and then, on a drunk evening out, you call your ex and take a cab to their place for some fun. You wake up with regret, but know full well that you'll probably commit the crime again – after a bottle or two of Pino.

I've never personally returned to an ex for sex, but that's probably because my relationships usually don't end well, and my exes and I usually dislike each other very much.

You matched with this person on Tinder or another dating app. You chat every now and then through the app's messaging forum, but you have no intentions to actually meet this person. This person is fun to talk to, but you don't see anything long-term happening. At all.

Consciously or not, we keep these people around to feel wanted. The stranger in the profile is giving the impression that you're desirable and worth pursuing. It's nice.

You don't really know this person. You slept together one night and fled early the next morning. But you two must have exchanged phone numbers in a conversation you don't remember, because every time this person is looking for some action, your phone lights up. It was a mistake, but you're the only one who sees it that way.

You just broke up. You're vulnerable, and somebody comes in and sweeps you off your feet -- or so you think. As time passes, you realize these feelings are superficial and that you've unintentionally led this person on. You were in a bad situation, and you foolishly embraced whatever good came your way.

You've been texting for weeks/months, but haven't met yet. You were probably introduced to this person through a dating site, and you are interested -- to a degree. You don't know yet if you want to meet face-to-face.

The difference here from the app-match relationship is that there's a chance you do want to meet this person, but you're scared you'll seem different in real life (and vice versa).

11. Just friends (who love each other)

“We're not dating; we're just friends.” No. You're. Frigging. Not. You two are always together and seem more like a couple than the actual couples you hang out with. You're essentially in a relationship; you just haven't called it that yet. Just make it official and stop pretending. Everybody knows you're dating except you.

One thing remains the same, however -- the only way to label your relationship is to have a conversation. You'll have to be very vulnerable, and this conversation may or may not give you the results you want. Either do that or just set your relationship status to "official" on Facebook and hope the other person accepts.