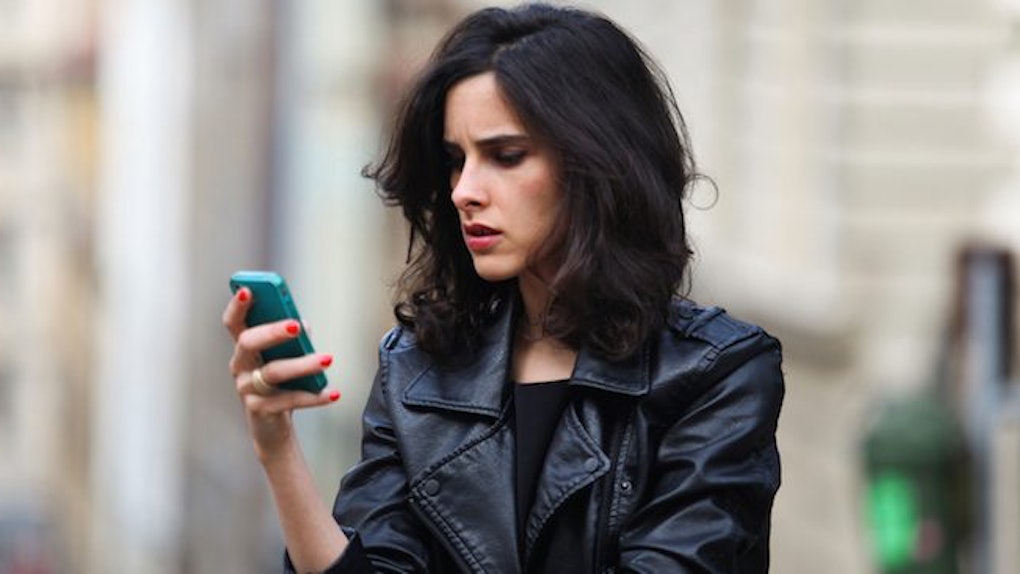 Bad phone communication skills are my relationship deal breaker. I love a person who knows how to keep up a good texting conversation, can establish good texting rapport, and knows their way around good texting chemistry. But when someone fails at all of those important communication milestones, it's a bummer. Plus, it can feel impossible to figure out how to call someone out for not texting back. I don't want to sound like a demanding crazy person, but guess what? I am a demanding crazy person! Deal with it!

I have ended relationships over bad texting because I need someone who is a good communicator over all mediums. If I text you, you better text me back within a few hours unless you're in the middle of something important. I tweet you? You better start an @ reply chain. I send you an Instagram message? If I see you read it, and you don't reply, there will be hell to pay. If I hire an airplane and write a message for you in the sky, I need you to message me something back in the air ASAP. Communication skills are important in every relationship, and I can't deal with someone who can't even pick up the phone!

So here's how to respectfully call someone out who never texts you back. Because you shouldn't settle for someone else's inconsistent and flaky behavior.

1. Tell Them What You've Noticed

If you immediately jump to accuse someone of something, they'll get defensive. The same thing applies if you make a judgment about someone. But if you state your perception about a situation without anger or frustration, it leaves room for healthy dialogue and conversation about your concerns.

So calmly tell your partner, friend, work colleague, or crush that you've noticed they are inconsistent with their texts. Then, they might offer you an explanation, or at least step up their game.

If someone is a bad texter, simply ask them why. Without anger, resentment, or judgement, say to them, "I've noticed you're not great at texting, is there a reason why?" Sometimes, we're quick to make things personal, when they might not be personal at all.

You never know. The person you're attempting to communicate with might like talking on the phone or meeting up in person more than texting. Maybe they're trying to save money and don't want to use up all their cellular data. I once had someone tell me they had joint pain in their hands from typing so much at work (WTF) and that they'd prefer FaceTiming, which was even more intimate, instead. Some people just don't like being glued to their phones all the time.

We forget how easy it is to ask a simple question. So before you make assumptions, ask for some clarification first. You might be surprised at the answer.

3. Ask For A Decision

If you're at your wit's end with someone who never texts you back, then give them a text-imatum. I recently told a guy who texted me incredibly inconsistently that when I'm being pursued romantically, I require more attention and communication than what he's giving me, so he either needs to adjust his texting/communication behavior or we should just be friends. Sometimes, in order to get what you want, you have to explicitly ask for it. Otherwise, people might do the bare minimum or rely on old habits that have worked for them in the past.

Flakes are the worst, and inconsistency will make you crazy. So if you're engaged in a relationship with someone who never texts back, then make your concerns known. And if they don't change their behavior, drop them. It's a battle you'll never win. You can always ask for clarification, but don't forget that you can just ditch them, too. People who lack good communication skills typically aren't dating material, at least not yet.