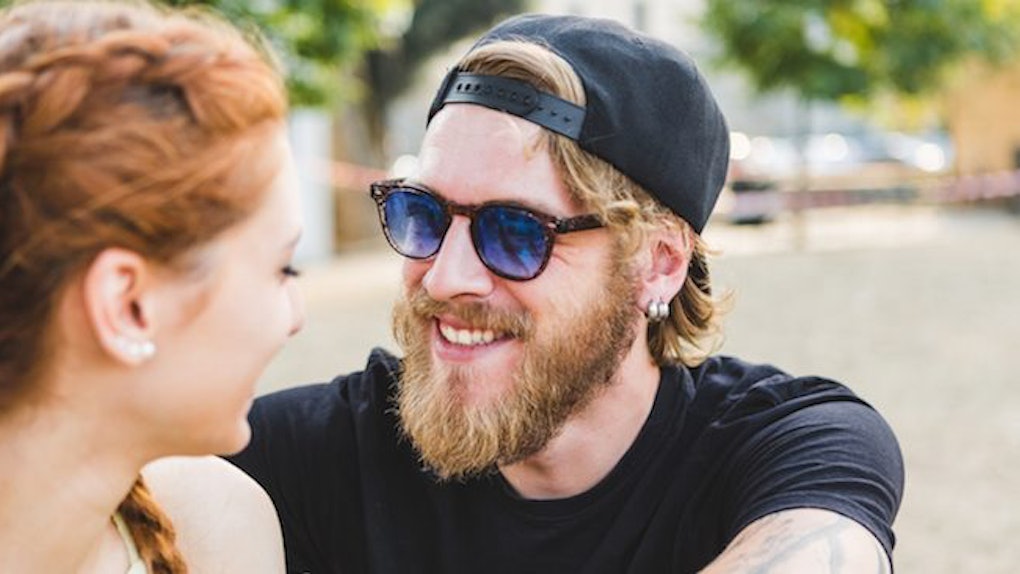 What To Say To A Guy You Like, According To The Hottest Things Guys Have Been Told

Sometimes, I look back on my courtship with my boyfriend before we were ever "officially" dating and wonder what kind of sorcery took place to make him like me as much as he did. You see, I don't really have any sort of "game" in the conventional sense. And the very little game I do have goes straight to the pooper as soon as I actually like someone.

My flirting style can, at best, be described as "weird" with a side of "awkward." But how is anyone supposed to know what to say to a guy you like?! Well, a recent Reddit thread asked dudes to share the "hottest" thing a woman has ever said to them and I've shared their best responses here... you know, for those of you looking for some inspiration.

There was no such thing as "too dirty" for this girl.

Her mind and body missed him.

She advised him to hold off on washing his sheets.

She liked his hair.

She was a fan of his tongue's work.

He made it to her spank bank.

She referenced her loose pants.

She took interest in his favorite show.

She wanted him to finish inside of her for some pretty inappropriate reasons.

She said he smelled better than bacon!

She made orgasm sounds while brushing through his hair.

She was honest about her feelings.

She professed her love for his D.

She reassured him that sex was, in fact, on the table.

She let him do whatever he wanted to her.

She gave him the green light for morning sex.

She told him he was handsome.

She made a sexy pool joke.

This last one obviously begs the question: Are there girls out there who are into balls? Or was that just, like, a clever thing to say? I must know.

Have you ever successfully used a hot line on a dude? Dudes, has a girl used one on you that's not on here? Comment below!