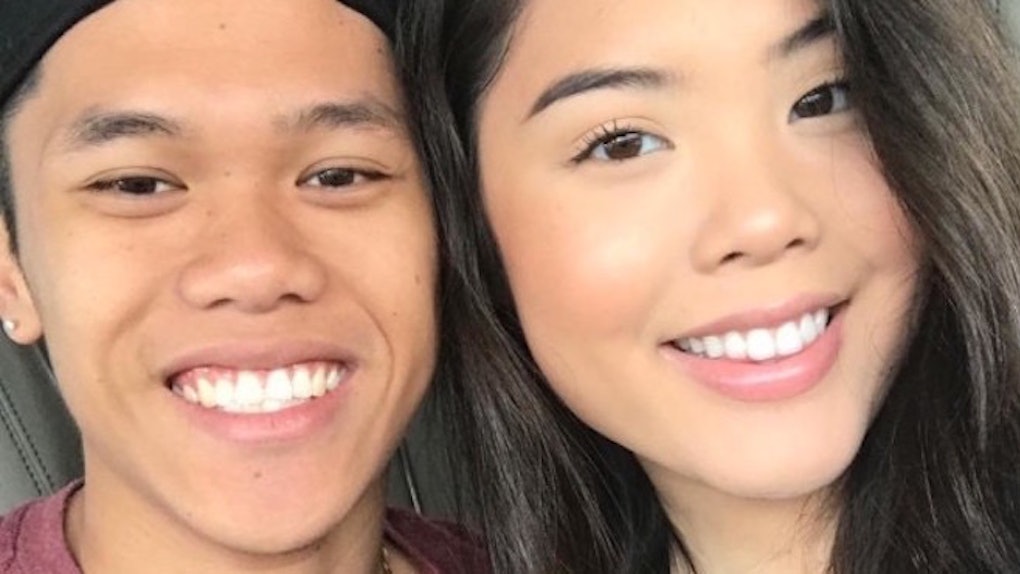 Best Boyfriend Ever Gives GF His Shoes, Wears Hers Instead

Vanessa and Mark (pictured above) are both students at the University of Hawaii in Maui. They are also the cutest couple of all time and your newfound relationship GOALS.

The two 20-year-olds have been best friends since middle school (swoon) and just recently started dating in the last year, Buzzfeed reported.

Vanessa described their relationship as more "weird and goofy" than "romantic and lovey." And judging from the pictures they send each other, they're pretty goofy:

But what makes them the cutest couple of all time, you ask? Let me tell you a little story.

Remember in college when you had those annoying science labs, and the teachers MADE you wear closed-toe shoes? Well, Vanessa had a chemistry lab one day, she was already super stressed for class and she forgot her closed-toe shoes!

Her teacher is annoying and super strict about the dress code, so she was freaking out. But Mark managed to save the day.

She told Buzzfeed, "When I realized that I wasn't wearing the proper attire (my professor is really strict on dress code), instead of driving all the way back home to get shoes, Mark insisted that I take his."

He wore his own sneakers to the class, gave them to his girlfriend and walked back wearing her (very girly) sandals:

Apparently, this sort of grand gesture isn't out of the ordinary for Mark.

"He's always doing things for me so that I don't have to," Vanessa explained to Buzzfeed, "like carrying my backpack and laptop or walking across campus to print out our homework."

That being said, she's on to him with this particular gesture:

Whatever his motive may be, Mark has become an overnight internet sensation. People all over the world are calling him the "best boyfriend ever."

As comes with any sort of fame, Mark obviously has some haters as well.

Mainly, they're hating on him because of his small feet.

He gets it!! His feet are small!

How about we all just leave Mark's feet alone and appreciate the fact that he very well may be the best boyfriend of all time?

Of course, Mark isn't the first one to pull the whole "help your girlfriend out with her shoes" thing. Ed Sheeran did the same thing for his girlfriend when her heels broke not long ago.

Take notes, boys. The stakes for these "best boyfriend ever" titles are getting pretty high.

Citations: People Are Applauding This College Student Who Wore His Girlfriend's Shoes So She Could Go To Class (BuzzFeed News)