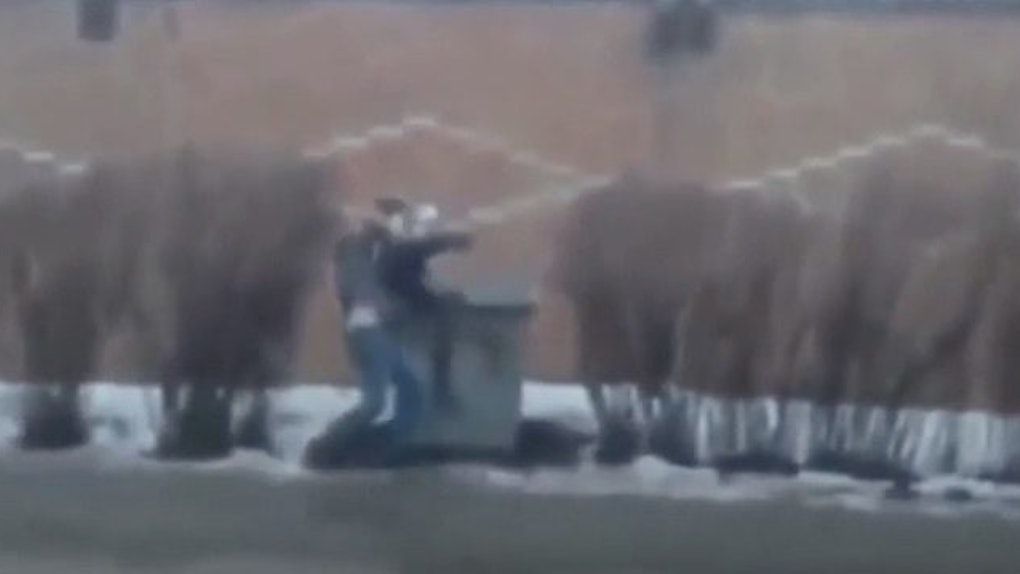 Guy Chucks His Cheating Girlfriend In The Garbage In Crazy Video

If you cheat on your significant other, you are a garbage human.

While I'm with someone, I see no legitimate reason for them to rub their genitals anywhere else but around me.

We're dating. That's just how it works. If our relationship turns sour, I would rather you be honest and break my heart like a normal person. But putting your dick somewhere else? That's just wrong.

Apparently, some man not only agreed with my garbage-human mantra, but decided to take it to the next quite-literal level after finding out his girlfriend was a floozy.

In a newly surfaced video all the way from good ol' Russia, what appears to be a man and his blonde lover are walking out of a building together.

The back alley makes me think it's a bar where they've just consumed an unhealthy amount of vodka, but that's the least important detail.

What's more vital to this whole narrative is the direction they're headed. Mere seconds after escorting the woman toward a huge dumpster bin, the man then proceeds to aggressively pick this woman up by the ribs... and then, he tosses her right in.

Literally, he chucks her right into the garbage head first, like you would a dried-out Christmas tree after the holiday season.

Think she has a headache?

Since there's no sound to provide a little more context (even though it'd probably be in Russian), outlets that posted the video claim the woman is the man's cheating girlfriend.

But does that mean she's getting what she deserves? No, probably not.

Just because someone is a garbage human, doesn't mean they deserve to be assaulted and slammed into an actual garbage. No one deserves that.

While I don't think that's how a breakup would be handled here in America, maybe there are different rules over in Russia.